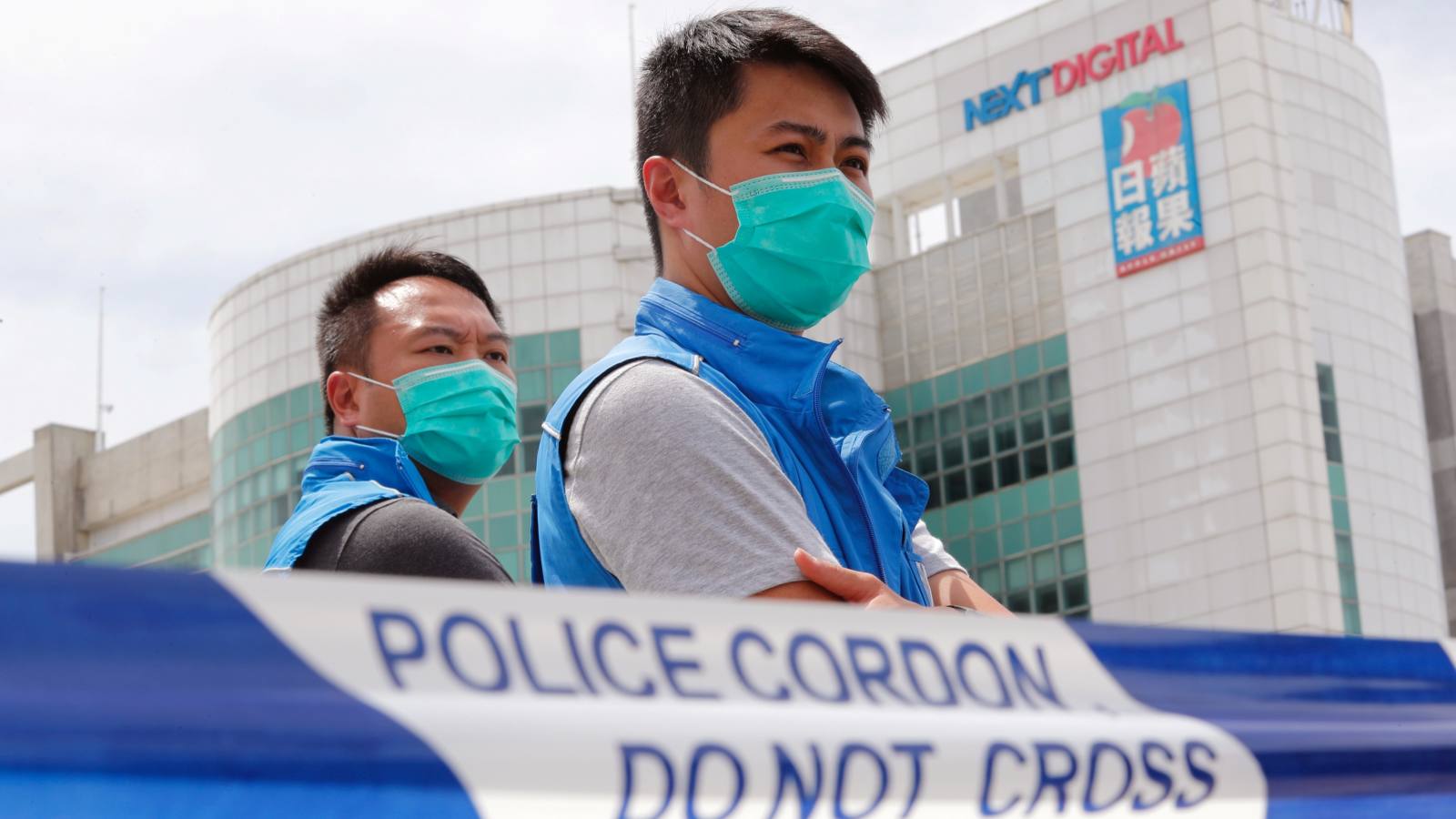 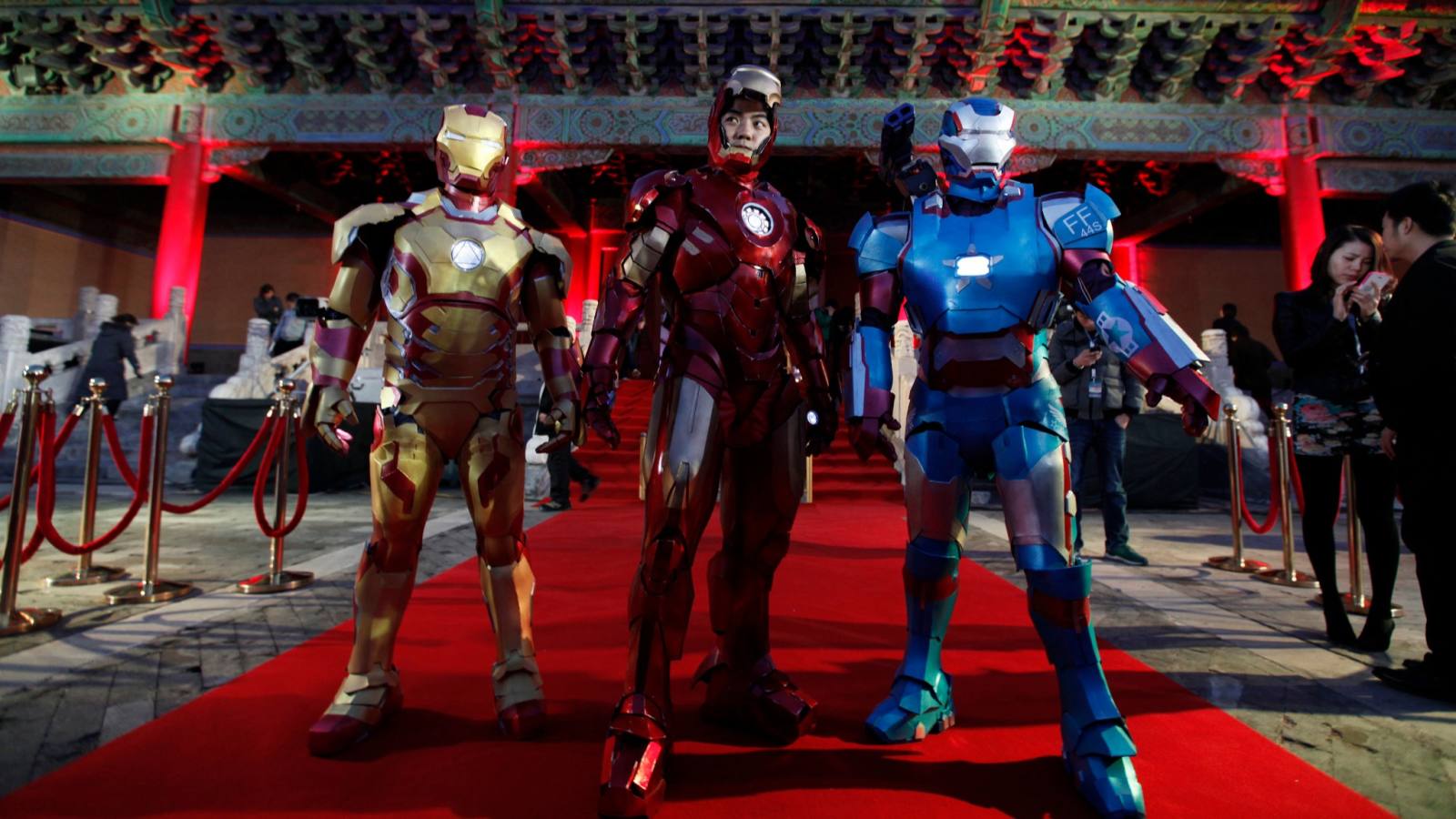 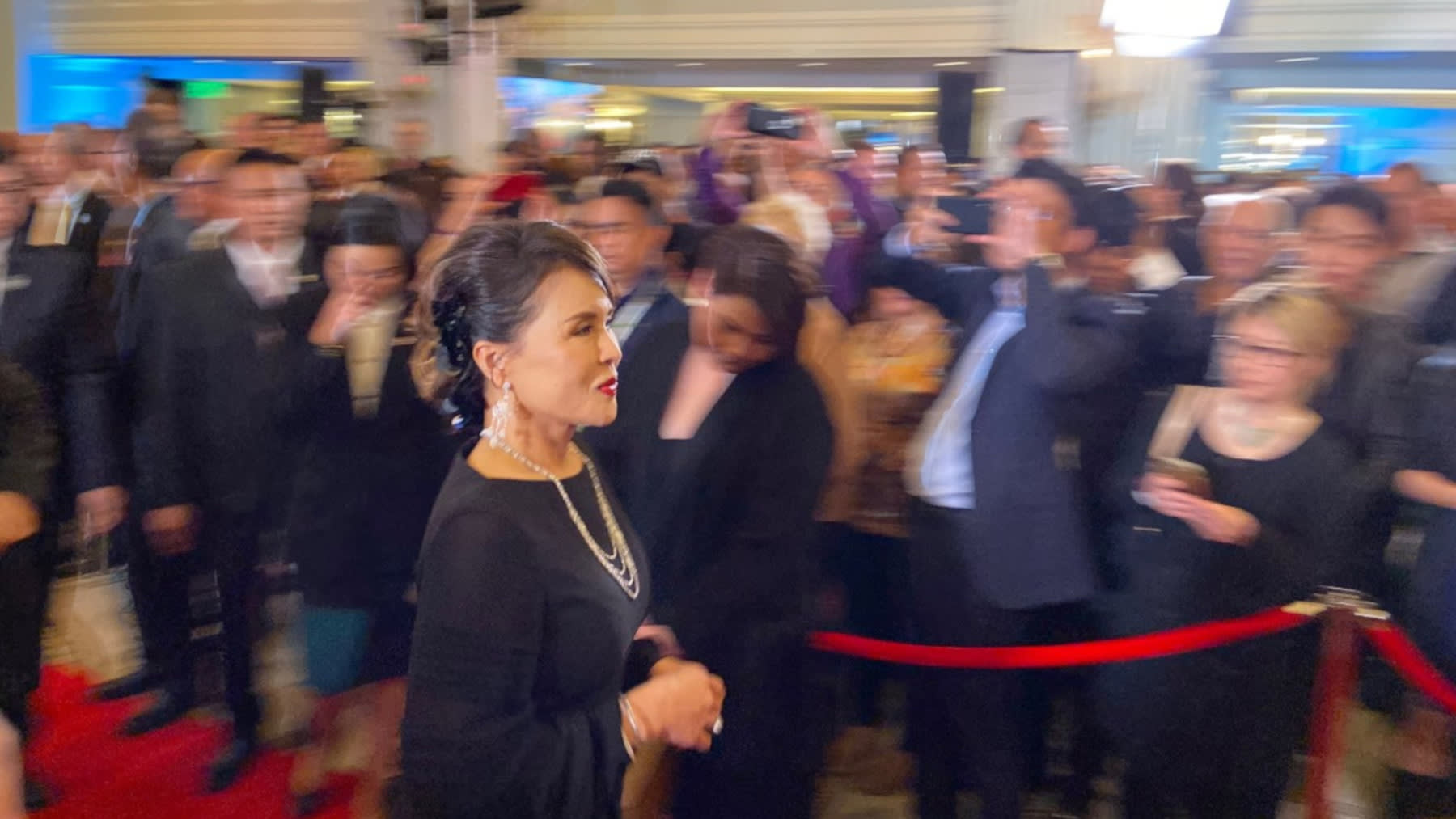 LOS ANGELES -- The ballroom at the Casa del Mar in Santa Monica, California, was packed with guests in evening gowns and tuxedos, black-suited security guards and a scrum of photographers. The smell of coconut and sticky-rice pudding filled the air as the guests sipped champagne and waited for royalty to arrive.

To the flash of cameras, Thailand's Princess Ubolratana Rajakanya Sirivadhana Barnavadi made her way gracefully down the red carpet, clad in a black chiffon dress and diamond earrings. Her Royal Highness was there to pitch Thailand's film business -- and by extension its tourism industry, the lifeblood of the kingdom's economy.

"[It is] thanks to the talent of our filmmakers and technicians that our industry has grown so fast, and, in the time span of a few decades, has established itself as Southeast Asia's leading production and postproduction center," the princess said, addressing the crowd in fluent English.

Thai Night, as the November 8 event was called, was sponsored by the Thai Department of International Trade Promotion, the Ministry of Commerce and the Royal Thai Government. It is just one of many events where Thailand is attempting to raise its profile as a destination for TV and film production.

Princess Ubolratana is known as Thailand's "film princess," having appeared in a number of movies and even led her own production company at one point. Though she officially relinquished her royal title several years ago when she married an American, she is still considered part of the royal family -- as her brother the king pointed out when he nixed her attempt to run as a prime ministerial candidate in recent elections. 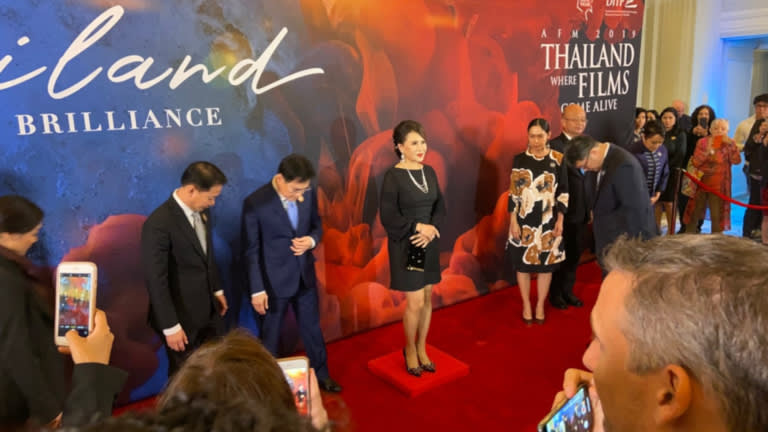 People bow to Princess Ubolratana as she stands on the red carpet at Thai Night event in Santa Monica, California. (Photo by Marrian Zhou)

In her capacity as an ambassador for the kingdom's film industry she regularly appears at events such as the Cannes Film Festival and the American Film Market, which served as the venue for the Thai Night event last month.

While the princess has been charming gatherings around the world, the Thai government has rolled out the red carpet for filmmakers, offering incentives equal to up to 20% of production costs.

So far, seven productions have taken advantage of those incentives, including American action film "Triple Threat." Applications for a further eight films are currently under review, with total local production expenditure expected to top $90 million, according to the princess.

The hope is that promoting filmmaking will in turn benefit the tourism industry, which accounts for nearly 20% of the Thai economy.

Nearly 30 million tourists have visited Thailand so far this year, with over half coming from China, according to data from the Thai Department of Tourism and the Association of Thai Travel Agents.

A hit film can be a boon for tourism, as the 2012 Chinese comedy "Lost in Thailand," shot in Chiang Mai, showed. After the film's release, Chiang Mai University welcomed some 500 Chinese tourists a day to its campus, according to local newspaper Samui Times.

Thai film companies themselves were a noticeable presence at American Film Market, where they pitched movies and sought production partners. The usual Chinese delegation, by contrast, was absent, as were major Chinese film companies such as Polybona Films and Huayi Brothers. "Lost in Thailand" was a smash hit in China and brought a flood of tourists to the Chiang Mai region.   © AP

While their absence may seem like a missed opportunity for Thai studios, it could turn out to be a boon, according to Paul Spurrier, a director and consultant to Thailand's film industry.

"One has to look at that either as a challenge or an opportunity," Spurrier told the Nikkei Asian Review at the event. "To be blunt about it, if China is not buying films from the U.S., they have to look elsewhere, and Thailand is very friendly with the ASEAN region and with China."

Everybody wants access to the Chinese market, Spurrier said. The 2017 Thai film "Bad Genius" raked in over $41 million in China, accounting for the vast majority of its total global box office of $44.6 million, according to data from Box Office Mojo.

The success of "Bad Genius" showed that Asian content can "cross borders," Spurrier said. "With the right film, you can even penetrate the U.S. market."

That is not to say entering China is easy. While Thailand is famous for horror films, movies involving ghost stories are not allowed in China because the Communist Party is officially atheist.

"China is a very specific market with quite specific needs," Spurrier said. "Thai companies are learning about what films they should target towards China."

He said the number of Chinese productions filming in Thailand increased by 25% in 2018.

These foreign productions represent over $154 million in revenue for Thailand, double the figure from the same period last year, according to the princess. 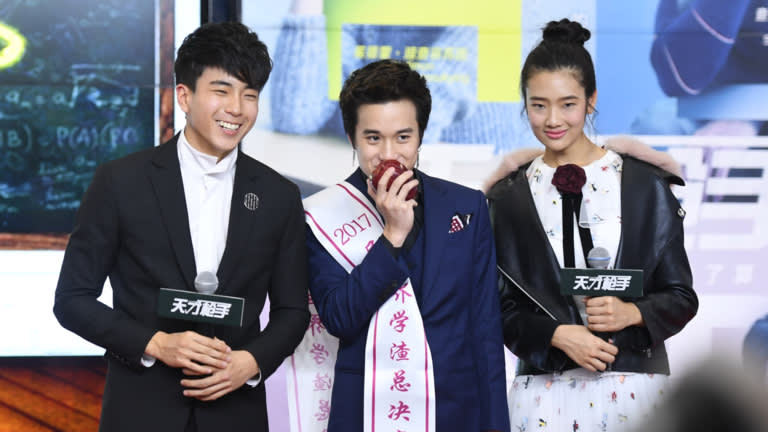 "The tourism industry is essentially [trying to sell] an experience that is mostly intangible and hard to measure and experience beforehand," Emily Ma, a professor of hospitality and tourism management at the University of Massachusetts, Amherst, told Nikkei. "Films with images, music and stories offer the advantage of 'tangiblizing' the tourism experience, particularly for films featuring natural beauty and unique and attractive cultures."

Ma pointed to South Korea and New Zealand as examples of famous TV shows and movies -- namely "Winter Sonata" and "The Lord of the Rings" -- boosting tourism.

But Thailand, like China, has its own unique needs. Movie and TV projects must portray the country in "a fair light" in order to receive a permit to film in the country, according to a veteran filmmaker in Thailand. Drugs and trafficking cannot be the sole theme of the film or program.

The Thai Film Office, an agency under the Department of Tourism, can also be very picky about content.

The veteran filmmaker said one film featured a lizard running out from the sheets on a bed at a five-star hotel. The scene was played for laughs, but the Thai Film Office did not want tourists to think they would actually find lizards in their beds. In the end, the scene was changed to a lizard falling from a tree onto the balcony where the actress was standing.

"Research has shown that collaborative campaigns between the film and the tourism industry in the preproduction stage are the most powerful way to induce film tourists," said Simon Hudson, a professor of hotel, restaurant and tourism management at the University of South Carolina. "Incentives certainly help in attracting film production, and this can consequently have a positive impact on tourism."

He warned, however, that the result could be "too successful." The Phi Phi Islands, where the U.S. movie "The Beach" was filmed, were overrun by tourists after the film's release in 2000 and the beaches were temporarily closed.

Thai filmmakers have also made waves in other Southeast Asian markets.

"Up until not so long ago, there were very few cinemas in, for example, Laos, Myanmar and Cambodia. Those are now markets that bring great value," said Spurrier. "We see it across the region, with Vietnam and Indonesia also maturing as markets for entertainment."

At the same time, the number of tourists from ASEAN countries such as Vietnam, Laos, Myanmar and Cambodia has also increased steadily.

Princess Ubolratana is nonetheless optimistic about the future.

"I hope that our distinguished guests can see that Thailand has much to offer as a provider of premium content and as your production partner," she told the filmmakers gathered in the Santa Monica ballroom. "Thai Night would be a great opportunity for you to form partnerships with members of the Thai film industry to produce brilliant films."