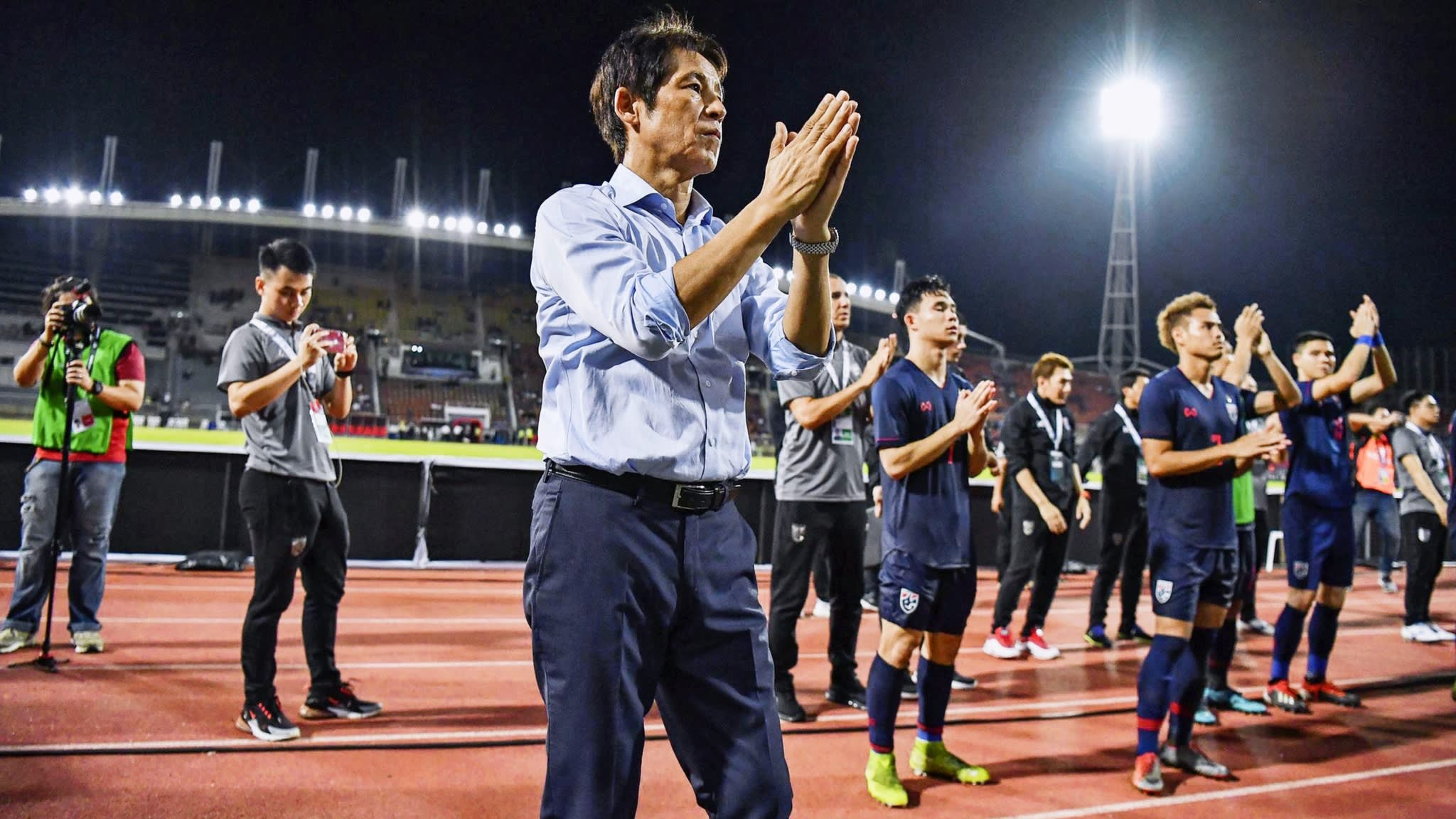 BANGKOK -- Thailand's national men's soccer team stands on the verge of its first Olympic qualification in more than 50 years under the leadership of Japanese head coach Akira Nishino, fueling a soccer boom that could pump tens of millions of dollars into the country's economy.

The under-23 squad has reached the quarterfinals of the Asian Football Confederation Championship for the first time. The top three teams in the competition, being held in Thailand, will book a place in this year's Summer Olympics in Tokyo. Olympic rules restrict men's participation to under-23 teams.

The surprise run of success has sparked a surge in sales of uniforms and other merchandise.

"I came to buy a kit to support the team for the match against Saudi Arabia on the 18th," a Bangkok resident said at a store of Warrix Sport, which makes the national team's uniforms. The 37-year-old and a friend both bought official replica shirts for 999 baht ($33) each.

The price tag is far from cheap in a country where regular T-shirts can be had for 100 baht, but such products have only grown in popularity with the team's run through the tournament.

"Since the championship started, our sales have been up by double digits compared with last year," a surprised-looking Warrix representative said. The company's flagship store near the National Stadium of Thailand has seen sales swell fivefold.

With two more wins, the national team will appear at the Olympics for the first time since 1968 -- a prospect that has exhilarated Thais.

An 18-year-old student, who plays basketball at school, said he was eager to attend a game. "It's the first time Thailand has gotten this far" in the tournament, the high schooler said, adding that Nishino is "super cool."

Kenichi Shimomura, project manager at German consultancy Roland Berger, puts the direct economic impact of the competition -- including ticket purchases, food and beverage sales at games, and merchandise, for example -- as high as $90 million. The emergence of a star player could push the total even higher, Shimomura said. In a sign of Nishino's popularity, Ball Thai Mania offers a T-shirt featuring his likeness.

The soccer mania extends to Nishino, who serves as head coach of the senior men's national team along with the under-23s. T-shirt maker Ball Thai Mania is selling a shirt featuring Nishino's likeness for 350 baht.

"It was made to commemorate Thailand's first Japanese manager," the owner said. "I definitely want people to wear it when going out or going to games."

"A lot of inquiries have come in from here and abroad," said Somyot Poompanmoung, president of the Football Association of Thailand.

Nishino coached Japan's national team to a shock 1-0 win over Brazil at the 1996 Atlanta Olympics in what became known as the "Miracle of Miami," and Japanese team Gamba Osaka won several titles under his leadership. If he can work similar magic abroad, the winner could end up being Thailand's economy.