The forces behind Krafton, a South Korean gaming powerhouse 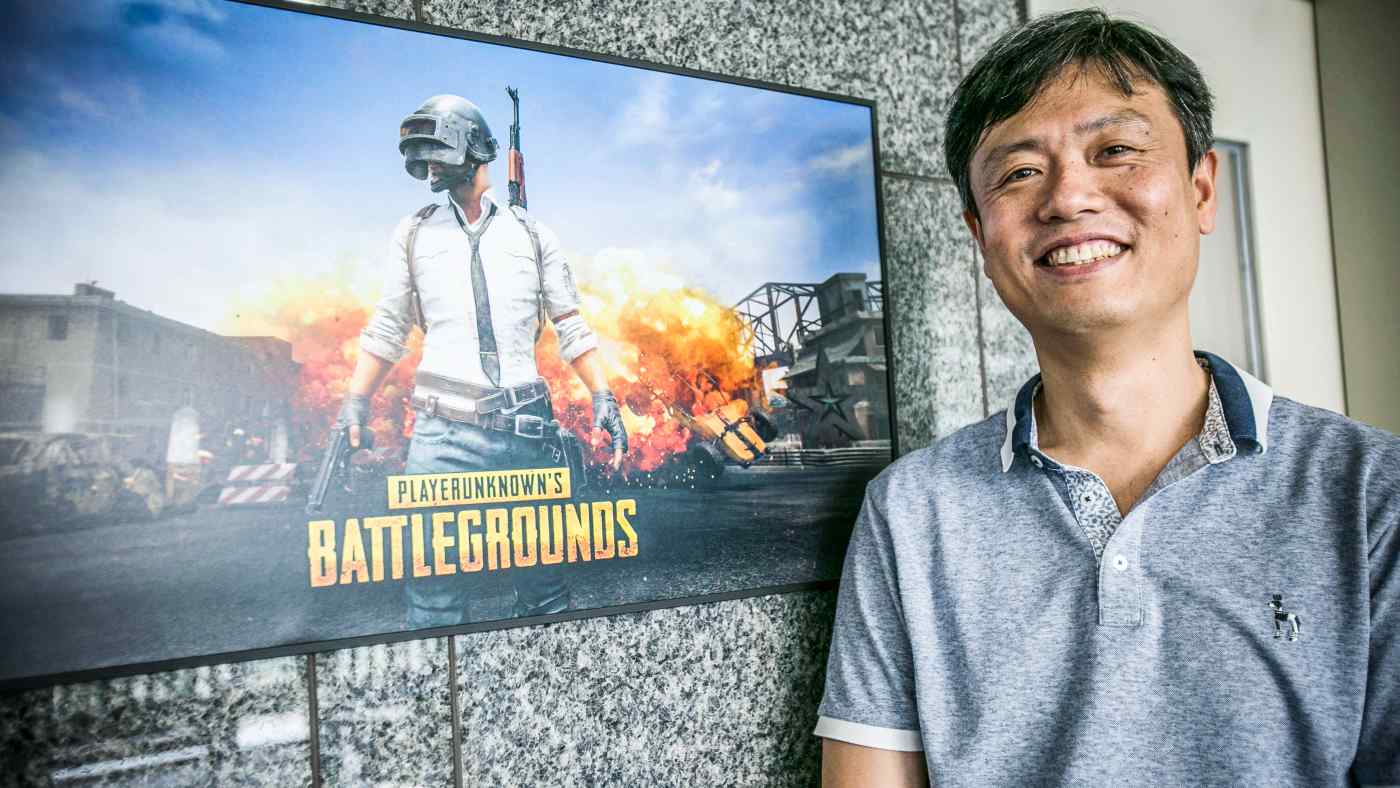 SEOUL -- South Korean video game developer Krafton, the company behind the global hit "PlayerUnknown's Battlegrounds," or PUBG, stands on the cusp of a new stage ahead of its stock market debut on Tuesday.

Here is a look at the complex mix of personalities, talent and corporate connections that have propelled Krafton to this moment.

A key secret of Krafton's success, boasts founder and Chairman Chang Byung-gyu, is being fearless in the face of the unfamiliar, a trait he says comes from the company's "freak spirit" and corporate DNA.

"It's not an easy country to access," Chang said July 26 during a remote news conference. "But we have been doing business there [since] even before the coronavirus pandemic. If we see a chance, we give it a try. We do it globally. That's the color of Krafton."

Such ambition has helped make Chang South Korea's 11th richest person as of Monday. His 7 million Krafton shares, good for a 14.4% stake, are worth 3.5 trillion won ($3 billion) based on the IPO price of 498,000 won per share. The company starts trading Tuesday on the benchmark Kospi index.

The 48-year-old Chang is Krafton's biggest shareholder, followed by Image Frame Investment, a subsidiary of China's Tencent Holdings, which hold 13.6%. While the ownership gap with Tencent is narrow, Chang has support from a cohort of friendly investors, including spouse Chung Seung-hye, who have a combined 9.8% stake.

But the goal proved elusive. Tera, Bluehole's first game, was not as successful as Chang had expected.

A few local game studios, including Ginno Games, were acquired, and one of them, Bluehole Ginno Games, in 2017 launched the smash international hit battle royale game PUBG.

While studying computer science in the 1990s at the elite Korea Advanced Institute of Science and Technology, Chang began building a solid entrepreneurial track record of founding startups and selling them to big companies. He and classmates in 1996 co-founded internet access service Neowiz, which offered its One-Click service that helped make getting online in those early days easier. Later, it took him only a year to sell the 1Noon search engine he set up in 2005 to Naver for 35 billion won.

Chang says craftsmanship partly explains Krafton's success. He believes developing games is similar to making good quality china or any sophisticated product. The company's motto -- "Keep the craftsmanship on" -- is the source of its name.

But living up to this ideal comes at huge personal costs. Employees at Krafton, like those at other tech startups in South Korea and around the world, put in long and intense hours. Developers often toil from 10 a.m. to 10 p.m. when launching a new game. As for Chang himself, the founder acknowledged in a book he wrote that he worked 100 hours a week when establishing Neowiz.

A recent hurdle presented itself in the form of the Financial Supervisory Service, South Korea's market regulator. Krafton ended up having to walk back parts of its IPO prospectus after FSS officials raised valuation questions. Still, the listing could raise as much as 4.3 trillion won, which would be the country's second largest on record.

Though Chang has not spoken publicly about the revised IPO, Krafton Chief Financial Officer Bae Dong-geun last month said he was confident of the company's growth potential.

Chang has also won political influence. In 2017, he was named the inaugural chairman of South Korea's Presidential Committee on the Fourth Industrial Revolution. President Moon Jae-in recognized his leadership in a key emerging economic sector by asking him to advise his administration in the making of science and technology policy. In 2018, Chang visited Pyongyang as part of Moon's delegation for his summit with Kim Jong Un.

Another pillar of Krafton's success is CEO Kim Chang-han. Kim, 47, joined Bluehole in 2015 when it acquired Ginno Games, where he was chief technology officer. Not long afterward, Kim suggested the creation of what ultimately became PUBG -- a last-man-standing shooter in which 100 players compete on a remote island in a winner-take-all showdown where strategic gameplay is as important as weapon skills.

He also made an essential creative hire, scouting Irish game developer Brendan Greene, the inventor of the battle royale genre and known by his gaming nickname "PlayerUnknown." He is currently the director of special projects for PUBG Corp. owned by Krafton. In an interview with a South Korean newspaper in May, Kim described himself as the accelerator in the company as opposed to Chang, who he likened to the brake, saying he always rushes to launch new projects while Chang coolly examines their potential.

Kim, who holds a Ph.D. in computer science from KASIT, says he is now studying deep learning so as to apply the new technology to games; the company plans to use some of its IPO proceeds to hire 100 researchers in that field.

Another important influence on Krafton is Chinese internet giant Tencent. Thanks to its stake, it occupies a seat on Krafton's seven-member board. Ma Xiaoyi, a Tencent senior vice president, has been a Krafton director since November 2018.

Tencent is also a key business partner as the global publisher of "Battlegrounds Mobile," PUBG's mobile version. But relations run deeper. Krafton said last month that it helped the Chinese company develop its own battle royale game, "Game for Peace."

"The company offers technology service for 'Game for Peace' developed and serviced by Tencent in the Chinese market, and gets fees based on the profit-sharing structure," Krafton said in its IPO prospectus. Krafton did not divulge how much it earns from Tencent in this way.

So far, both sides have benefited from their cooperation. But there are also political risks as the Chinese government moves to tightly regulate the country's online gaming market.

China is Krafton's biggest market. In its prospectus, the company said 68.1% of its revenue in 2020 came from "a publisher." It did not release the name of the publisher, but analysts assume it is Tencent.

Tencent on Tuesday said it would curb minors' access to its flagship video game, Reuters reported. The announcement came hours after Tencent's shares were hit by an article in Chinese state media that characterized online games as "spiritual opium."

The company's "Honor of Kings" was singled out by the Economic Information Daily, which is affiliated with China's biggest state-run news agency, Xinhua. The article called for more curbs on the industry while saying that minors were addicted to online games, Reuters said.