Tokyo's theater scene struggles to develop Broadway of its own 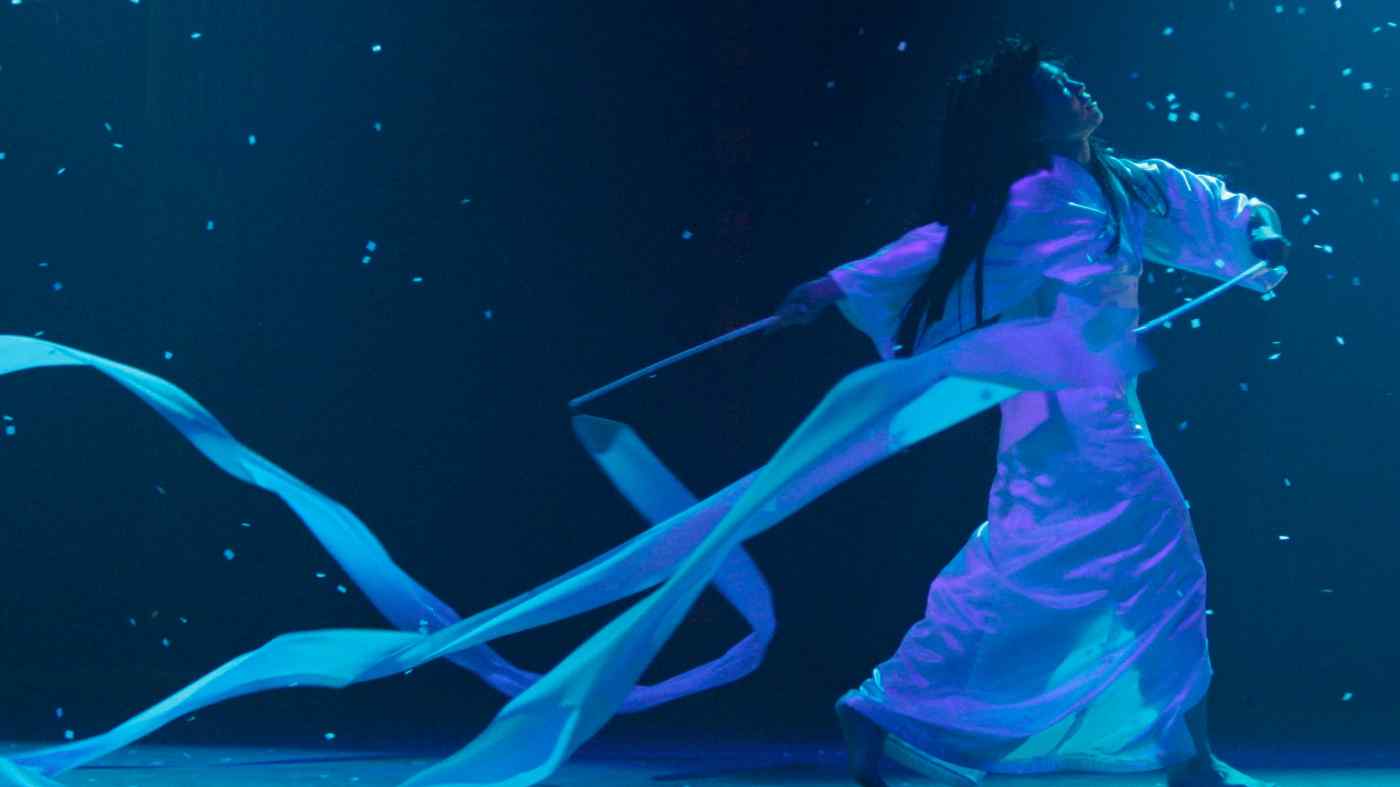 A performer of the troupe Muscle Musical dances with ribbons during a performance of "Matsuri" in Tokyo.   © Reuters
YUSUKE SAKURAI, Nikkei staff writerDecember 15, 2019 14:15 JST | Japan
CopyCopied

But where are the theaters? New York has its Broadway, and London its West End, and both districts are major tourist magnets. In contrast, Tokyo's 149 theaters and concert halls -- fifth most among large global cities, according to a survey by the Mori Memorial Foundation -- are hard to find and draw only a third as many tourists as Broadway.

One reason for this dreary performance is location. While theaters in New York are tightly concentrated along Broadway, those in Tokyo are widely dispersed within an area roughly the size of Manhattan.

The Ministry of Economy, Trade and Industry has taken note and is considering what a Japanese version of Broadway would look like. Officials are in discussions with major studios like Toho, Shochiku and Tokyu, but little progress has been made. Each company wants their facilities to get top billing, and they have yet to decide on where a theater district would be located.

Another reason for the lack of tourists is that few performances begin after 8 p.m. or 9 p.m. -- perfect for the after-dinner crowd. In New York, the long-running Broadway musical "The Lion King" is a huge draw at night, while in Tokyo it is offered mostly as a matinee. That is a popular time for locals but a turnoff for foreign tourists who regard musicals as a major part of nightlife.

"There's no market at night," said Chiyoki Yoshida, president of Shiki Theatre Company, which is producing the musical.

"Tickets for weekend matinees sell out first, followed by weekday matinees," he said. "Tickets for evening shows are usually always available, even right up to start times."

A survey by PIA Research Institute backs that up. More than half of theatrical performances begin during the day.

In August, the Japanese branch of Broadway-based ticket outlet TKTS, opened in Tokyo's Shibuya district, home to many theaters. The outlet offers discount tickets for plays and other performances shortly before they start, targeting people who "want to see a play tonight."

Three months after opening, Hirotaka Kurematsu, president of Longrun Planning, the company that operates the outlet, was worried. "It's quite different from Broadway," he said. "Tokyo's disadvantages can't be denied."

The company hoped to sell 2,000 tickets a day -- a modest target -- but "sales are likely to be less than half that," said Kurematsu.

Japan's aging society may in part be behind the lack of night performances. "Matinees are increasing because theater fans are getting older," said Takaaki Umezawa, chairman of the Japanese subsidiary of U.S.-based consulting firm A.T. Kearney. To cultivate new theater fans, "we should probably increase the number of night performances, especially ahead of the Olympics and Paralympics," he said.

Tokyo's theater scene is also suffering from a dwindling number of people involved. "If there are few [actors, directors and producers], it's impossible to stage an exciting play," said Atsuo Ikeda, a director at Toho. "Building more theaters won't change this fact."

Tokyo Metropolitan Theatre Vice Director Hiroshi Takahagi pointed out that theaters will not survive without new content. On Broadway, competition among small avant-garde plays is fierce, making fertile breeding ground for new ideas. In addition, theater is taught at an early age through school plays, cultivating the next generation of actors and directors.

"We should first create works that can only be experienced in Japan," said Yoshida of Shiki Theatre Company. "That would naturally attract overseas visitors."

The company deals mainly with imported works, but it plans to stage original material next year. "Whether we can create work over the next five years that can be enjoyed by both domestic and overseas visitors is our biggest challenge," he said.

Japanese theater has proven it can succeed overseas. A musical based on the Japanese anime "Pretty Guardian Sailor Moon" opened on Broadway in March. Although the cast was all Japanese speaking only Japanese, the three performances sold out. And while audiences in Tokyo are mainly young women, there was a good mix of young and old, and men and women in the 3,000-strong U.S. audience.

"People asked me why there were only three performances, and urged me let to it run longer," said Makoto Matsuda, chairman of Nelke Planning, the show's producer. "They said it was a new experience. I think the all-Japanese cast seemed like anime characters to the Americans."

Animated films and video games made in Japan enjoy worldwide acclaim. Musicals based on them are unique in that they lie somewhere between two- and three-dimensional works. These so-called 2.5-dimensional musicals have been proliferating.

According to PIA Research, the musicals drew 2.78 million visitors in 2018, accounting for over 10% of all theater audiences, with the market doubling to 22.6 billion yen ($209 million) over three years.

"Kabuki dramas and musicals based on anime results in something that is not an imitation of Western work," said Shigeru Yamato, councilor at the Japan Council of Performers Rights and Performing Arts Organizations.

Nelke frequently receives inquiries about overseas performances of "Pretty Guardian Sailor Moon," but only about 10% of the audience at shows in Japan are foreigners. A venue the company used in Tokyo's Shibuya district closed in 2018, forcing Nelke to stage the show at whatever locations are available and making it difficult for foreign tourists to see a performance.

The theater company sometimes receives proposals to set up a theater for 2.5-dimensional musicals, but they "go up in smoke before we know it," Matsuda sighed. Developers tend to shy away from projects with only niche appeal, and the musicals "are still thought of as childish plays viewed only by young people," he said.

The 2.5-dimensional genre could expand overseas and bring more attention to Japanese theater, but it needs money to grow. "Budgets are small from a global point of view," said Mitsuko Okamoto, professor at the Tokyo University of the Arts, adding that "expanding capital and staff is necessary to make them globally recognized."

Meanwhile, Tokyo's theater scene remains in the twilight zone, with no crystallizing force. It has likely missed its chance at fame during the upcoming Tokyo Olympics. But for the actors, writers and producers who will remain after the athletes have gone home, the show will go on as the city awaits its Broadway to be born.