Change at top of news organization takes effect in March 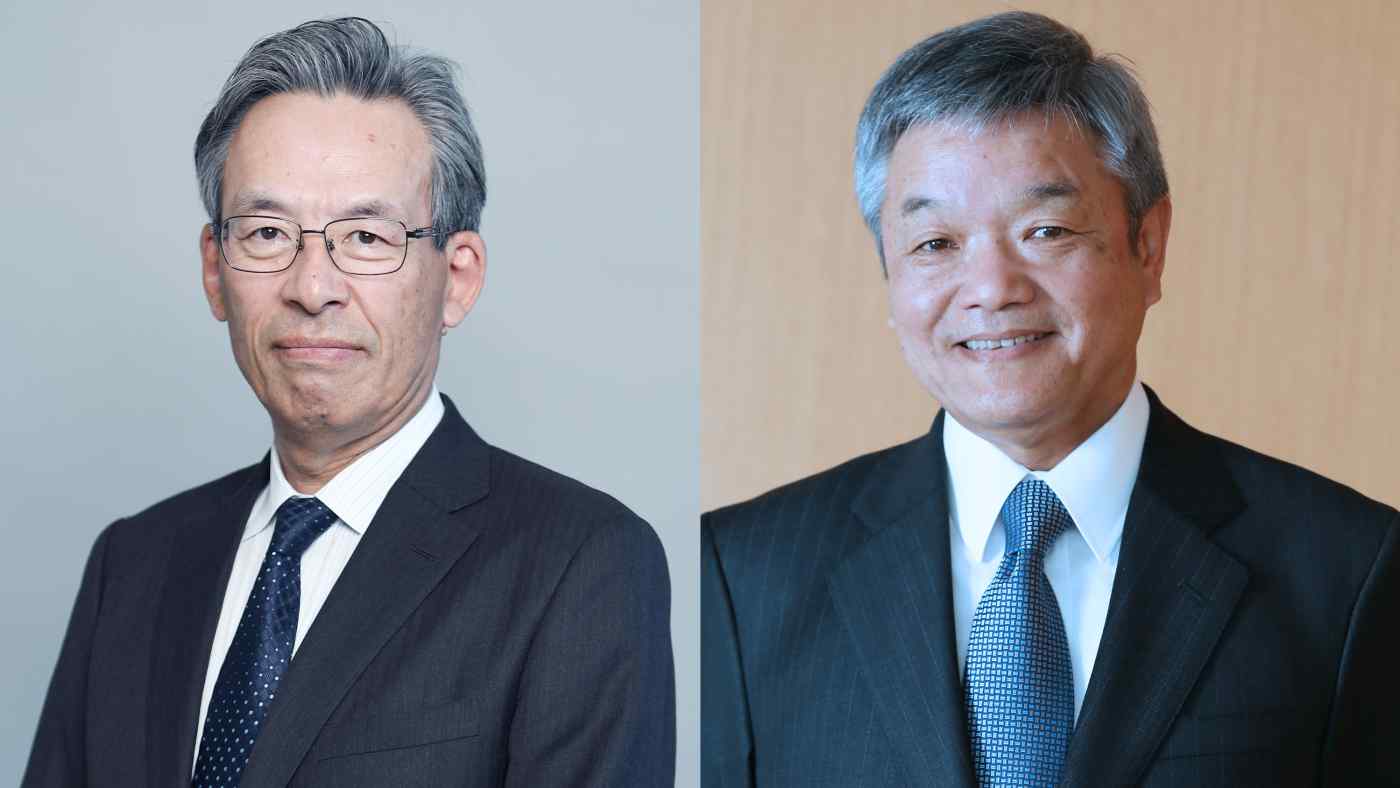 Tsuyoshi Hasebe, left, said he will emphasize digitalization and globalization in his new role as president and CEO of Nikkei Inc. He will be taking over from Naotoshi Okada, who vowed to strengthen the combined Nikkei-FT Group as chairman and group CEO.
Nikkei staff writersFebruary 9, 2021 17:00 JST | Japan
CopyCopied

TOKYO -- Tsuyoshi Hasebe, 63, has been appointed the next president and chief executive officer of Nikkei Inc., owner of The Financial Times. He succeeds Naotoshi Okada, 67, who will assume the post of chairman and group CEO after a six-year tenure marked by the transformation of the 145-year-old news organization into a "Digital First" media group. Current Chairman Tsuneo Kita, 74, will become corporate adviser.

The nominations are subject to formal approval by the board of directors at a meeting on March 25, following the annual shareholders meeting.

Mr. Hasebe has served as executive vice president since March 2020, a position that gave him oversight of the Digital Business, Information Technologies, Human Resources and Business Education units. Prior to that, he was Nikkei's editor-in-chief for three years.

Born and raised in Aomori, the northernmost prefecture on the Japanese main island of Honshu, Mr. Hasebe will lead Japan's oldest economic newspaper with a corporate strategy based on two driving forces: digitalization and globalization.

"As the next president of Nikkei Inc., I will make enhancing the quality of our journalism my greatest mission," Mr. Hasebe said. He said he considers the digital edition of Nikkei to be "our core publication," and promised to deliver Nikkei's high-quality content both inside and outside of Japan.

In addition to improving the quality of Nikkei's reporting, Mr. Hasebe said he would also pursue deeper cooperation with the FT, which Nikkei acquired in 2015. "We also will focus on developing our human resources in a way that will maintain sustainable growth," he said.

Mr. Okada oversaw the shift from the print-focused newspaper model that underpinned Nikkei's business for more than a century. "During my six-year tenure as president and CEO, I have steadily promoted Nikkei's strategy to grow both globally and digitally," Mr. Okada said.

Under his leadership, Nikkei created a digital publishing strategy that resulted in a readership of 817,272 paid online subscribers as of Jan. 1, 2021, twice as many as when he took office in March 2015.

One of the highlights of his career was the development of Nikkei's global strategy, which saw the company expand from a domestic media group into a global media conglomerate. Mr. Okada launched the English-language Nikkei Asia (then called the Nikkei Asian Review) in 2011 while serving as editor-in-chief, and oversaw the purchase of the FT four years later as CEO. Okada, left, and Nikkei Chairman Tsuneo Kita speak to the press about the Japanese group's acquisition of The Financial Times in 2015.

The next chairman and group CEO vowed to strengthen the combined Nikkei-FT Group.

"Nikkei and our partner, the Financial Times, share an unwavering goal to become the world's strongest business media group," Mr. Okada said. "We will expand our business globally and further enhance the growth potential of the Nikkei-FT Group."