ISTANBUL -- Turkey may not be the first place that springs to mind when it comes to games development. But the country's gaming industry has in fact attracted international attention for years and is now under increased focus as global demand for digital entertainment has expanded due to the coronavirus pandemic.

Peak was Turkey's first unicorn, or private startup valued at more than $1 billion. It boasts two hyper-casual puzzle mobile games, namely Toon Blast and Toy Blast, both of which have been downloaded more than 400 million times to mobile devices.

"With the addition of Toon Blast and Toy Blast, we are expanding our live services portfolio to eight forever franchises, meaningfully increasing our global audience base and adding to our exciting new game pipeline," Zynga Chief Executive Officer Frank Gibeau said in a statement. "As a combined team, we are well positioned to grow faster together."

But Zynga's acquisition of Peak was not the first time that big global gaming players have spotted promise among Turkish game developers.

According to investment analytics platform Startups.watch, total investment from the U.S., China and South Korea into Turkish game startups since 2015 is close to $2.4 billion.

So, just what is the attraction of Turkish developers? "Miniclip's long-term strategy continues to focus on partnering with world-class developers to bring games to new, global audiences and to 'unleash the gamer' in each one of us," said Rob Small, Tencent's Miniclip CEO, in explanation of the Masomo acquisition.

Ozgur Karayalcin, deputy chairman of the Game Developers Association of Turkey, said that foreign companies in general spent a year or longer creating games for PC and consoles and throw numerous engineers into each project, such as assigning 100 people to develop one game. Most Turkish companies, meanwhile, excel at quickly coming up with hyper-casual mobile games that draw in millions of players around the world and generate high income via the Apple Store and Google Play platforms.

Indeed, according to mobile data and analytics platform App Annie, as of July 30, there were four Turkish-made games among the top 10 downloaded free games in the U.S. Apple Store.

The depreciation of the Turkish lira is another factor. The lira has fallen 46% against dollar since the beginning of 2018.

"The weak local currency is really helping us to decrease development costs recently and this increases our competitive advantage," Karayalcin said. Turkish human resources costs were one-third to one-fourth those of developed countries such as the U.K., he added.

The success of Turkish games in Asian markets is also a key reason for the recent interest from big Asian groups.

Toon Blast, for example, ranked No. 1 in puzzle game downloads last summer in Japan and still enjoys a spot in the top 10 in the country, according to App Annie data. 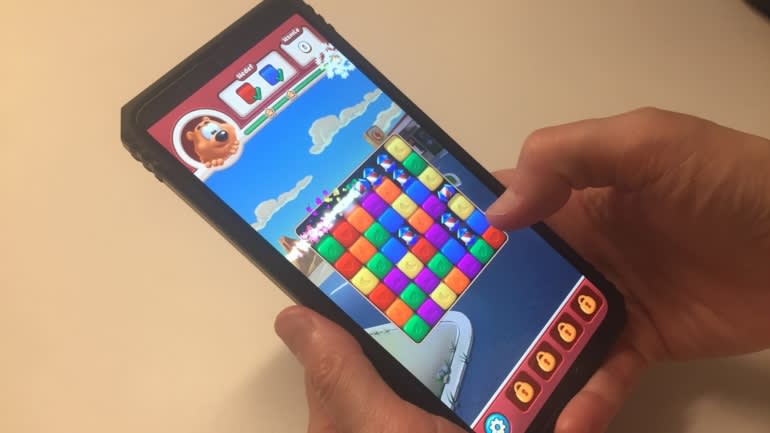 Zynga expects its Peak deal to more than double its earnings from the Japanese market. Peak strategy director Omer Inonu told the Nikkei Asian Review that its two top titles were currently receiving millions of daily average users, or DAUs, in Japan.

Ibrahim Akman, CEO of Masomo, said that the studio was currently developing a basketball game for mobile phones and aiming to launch it at the end of this year. The game will contain Asian characters, Japanese-style animation and in-game designs which the company hopes will attract more Asian users by tailoring it to their tastes. Akman said that with the new game design, he hopes Masomo's revenue from Asia will increase to 35% of its total from the current 15%.

According to Dutch games and esports analytics provider Newzoo's global games market 2020 report published at the end of June, the Asia-Pacific region will generate more than $78 billion of revenue, accounting for 49% of global market share, in 2020. China is the region's largest market, followed by Japan and South Korea.

The coronavirus pandemic has been a boon to the gaming industry as people are spending an increased amount of time at home and have more opportunity to play games. Further, the market is expanding faster in Asia than in the more mature U.S. and European markets.

Armagan Yavuz, CEO of Turkish console and PC game developer Taleworlds, told Nikkei that the company would distribute its new game, Mount & Blade II, in China through that country's second largest games developer, NetEase Games. He added that the Zynga-Peak deal had put a spotlight on Turkish game developers as acquisition targets and that Taleworlds had been approached by several companies, including some from Asia.

According to the Game Developers Association of Turkey, the country has more than 100 development studios of all sizes, for whom 95% of their revenue comes from abroad. That amounted to $400 million in 2015 and, while official figures for last year have yet to be announced, is estimated to have reached $1.5 billion in 2019.