US appetite for Japanese movies and TV grows during lockdown

Viewers want more J-horror films, but few are in the pipeline 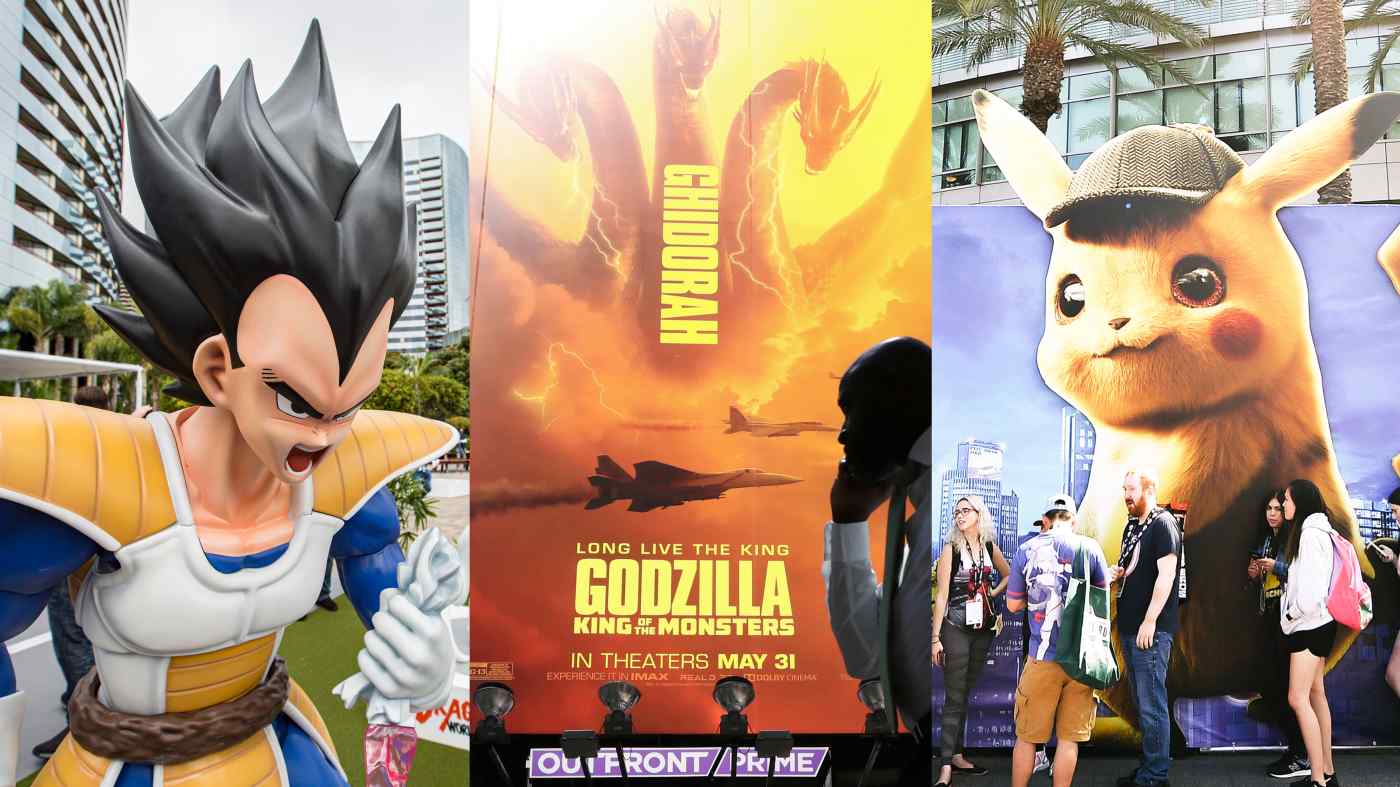 NEW YORK -- After more than a year of binge-watching their way through the coronavirus pandemic, American audiences still cannot get enough of Japanese shows and movies.

That is according to a recent report by Parrot Analytics and media consultancy Global Connects, which shows Japanese-language content outperforming all other non-English offerings.

"Anime is the gateway drug to Japanese culture for many Americans," said Douglas Montgomery, CEO of Global Connects and a former executive at WarnerMedia. "Any way you slice it, the box office and TV demand data show a growing appetite for Japanese content with American audiences, with plenty of room to run."

American viewers have a growing appetite for stories from around the globe. South Korean films and dramas have swept U.S. audiences off their feet, most notably Oscar-winner "Parasite." The numbers, however, indicate that Japanese films have quietly come out on top, according to the Global Connects and Parrot Analytics report.

In April, the anime film "Demon Slayer the Movie: Mugen Train," based on a popular manga series, made a splash in the U.S., raking in roughly $21.1 million in its opening weekend. The feature film broke the country's box office record for biggest foreign-language debut, according to distributors Funimation and Aniplex of America.

"Japanese content has been a slow burn in the U.S. for 50 years. A lot of it has been remade, and the ideas came from Japan," said Montgomery of Global Connects, citing the "Transformers" series, which was originally a Japanese property. "What's interesting is that [the demand] is becoming more of a native content as opposed to the remakes."

Films are not the only Japanese entertainment pulling in American viewers. The most in-demand non-English language content in the U.S. is Japanese, even though Spanish is the second most-spoken language in America, according to Parrot Analytics. Over the past six quarters, series originally in Japanese consistently accounted for roughly one-third of the total demand for non-English series. The company's measurement of demand includes not only video consumption but also online activity such as social media engagement and searches for a particular show.

Streaming giants like Netflix have long been working to beef up their anime offerings.

"Stories from Japan are reaching fans around the world," a Netflix spokesperson told Nikkei Asia. "We're encouraged to see categories like anime become popular beyond its existing fandom, and increasingly accessible in countries like the U.S."

Netflix said its viewers can look forward to more than 25 Japanese live-action and anime series this year.

While anime may be the "gateway drug," live action shows are also proving popular. U.S. demand for nonanime series jumped 103% over the past year, according to Parrot Analytics. Netflix original action and fantasy series "Alice in Borderlands" reached over five times the demand of the average series in the U.S.

Montgomery of Global Connects said streaming services are a major factor behind the growing appetite for global content, and that the COVID-19 pandemic accelerated the growth of the streaming platforms. "Netflix and chill" allows people to watch several episodes at once, or even finish the series in one night.

The rise of "binge watching" culture, has left audiences hungry for something new.

"As people start bingeing and things [become] very predictable, they start getting bored. And that's when they start getting interested in seeing movies and TV shows that are from other cultures, because they couldn't predict the ending, the ending would be surprising to them," said Montgomery. "And the millennials, they don't mind subtitles."

He added that subtitled movies didn't do well with Generation X and baby boomers, and movies had to be dubbed, which requires a lot more effort.

"When these shows [can be] subtitled, it just made it easier for consumers to pick up on it," he said.

But while demand for non-anime Japanese content is high in the U.S., there are not that many shows or films available to American viewers that fit the bill. In the first quarter this year, the most sought-after genres of Japanese content were horror, adventure, superhero, paranormal and fantasy, yet three of those -- horror, superhero and paranormal -- are in the shortest supply, according to Parrot Analytics.

"South Korea is just much more actively involved in promoting their stuff, which I think Japan should do," said Montgomery. "It's a big opportunity."

"Perhaps the next stage will be success in live action [films], with either a breakout success at the box office or even an Oscar win," he added.