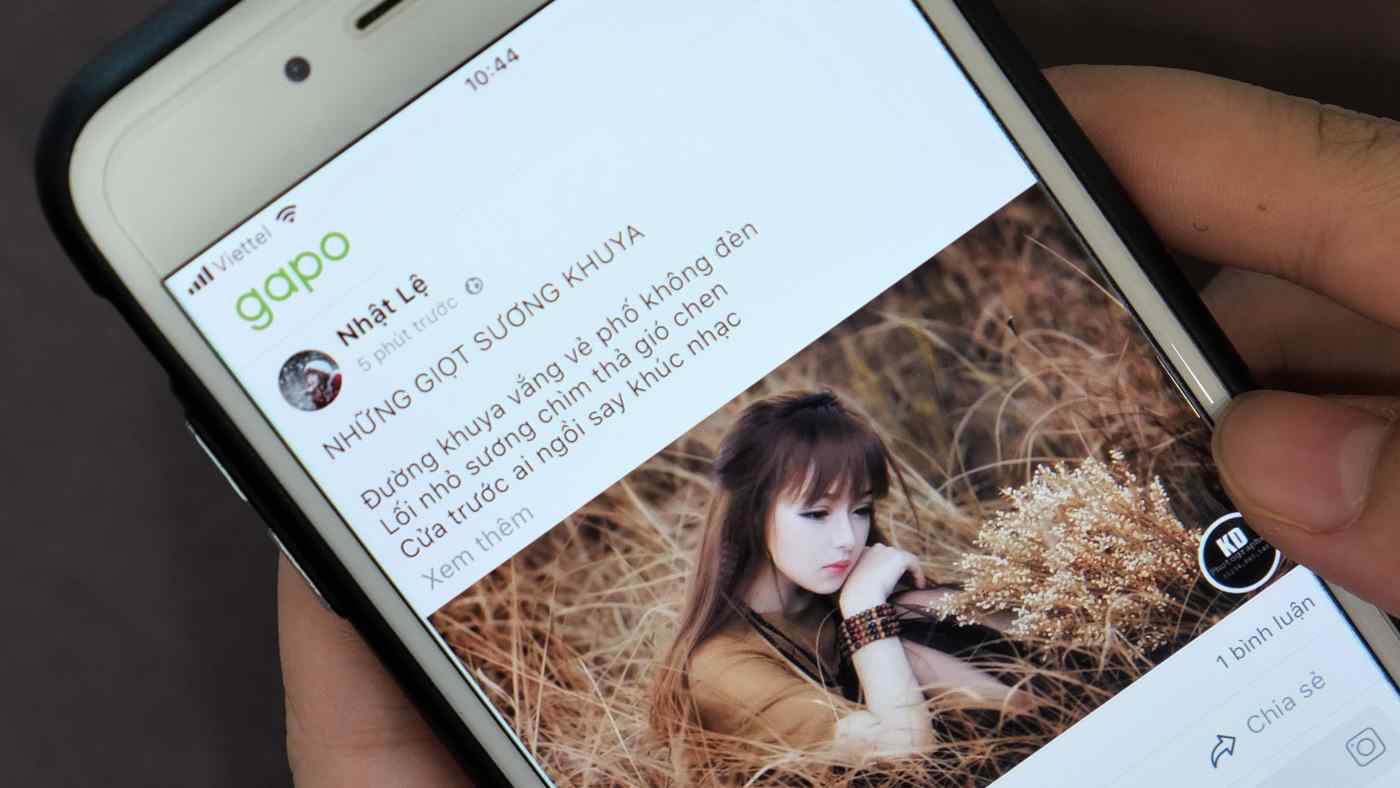 HANOI -- Vietnamese companies have started a string of new social networks in a bid to crack a sector dominated by Facebook, which boasts more than 60 million users out of a population of over 96 million.

The latest debut was announced on July 23 by Gapo Technology, a unit of Hanoi-based G-group.

Gapo is a homegrown social network with chat, posting and other functions. "We are confident of being able to attract 50 million users by 2021," CEO Ha Trung Kien said at the launch event in Hanoi.

Gapo arrived just one week after Nguyen Manh Hung, Vietnam's minister of information and communications, told a gathering of IT executives in Ho Chi Minh City that he wanted more native social networks.

Hung said it was time for Vietnam's IT industry to move up the value chain after a long focus on outsourcing. “It is high time we develop a new social network that is more humanitarian and really values its clients,” Hung said. He called for local IT companies to create a unique social network that can compete with the likes of Facebook, according to local media.

The ministry of information and communications would support businesses by issuing a policy for sandboxes so that businesses could securely test new technological models in a controlled and secure environment, Hung reiterated.

Two more social networks are set to take off in the second half, bringing the total number of new platforms developed by private investors to five this year, according to the ministry. Last year, the number was two, according to local reports.

Industry observers say these moves could accelerate owing to a cybersecurity law that came into effect in January. The law requires companies engaged in telecommunications, online services and online content to locate offices and servers in Vietnam and store data within the country.

This has encouraged local companies to start social networks in anticipation that foreign players will scale back their presence in Vietnam, observers say.

In January, Prime Minister Nguyen Xuan Phuc directed the ministry of information and communications to do more to ensure foreign social networks comply with the cybersecurity law. He also told it to continue its effort to promote homegrown alternatives, according to local media reports.

Hanoi has increased pressure on Facebook and Google since the cybersecurity law was implemented. In June, the ministry of information and communications asked the two U.S. tech giants to open representative offices in Vietnam, perform tax obligations, and manage content within the country. The ministry said the companies collected advertising revenue of $235 million and $152.1 million, respectively, in the country in 2018.

In May, the ministry said Facebook had agreed to remove 208 fake accounts, 2,444 links advertising unlawful products and services, 215 fanpages touting gambling, and more than 200 links opposing the party and the state.

In June, the ministry announced it identified about 55,000 YouTube videos deemed "harmful" or in violation of Vietnamese law. Google and YouTube in Vietnam deleted 8,000 videos at the request of Vietnamese authorities, according to local reports.

While making requests to Facebook and Google, government officials are rousing local tech companies to start rival services. "The social network Facebook runs on contributions from its users, so they (these users) must have a voice in deciding the rules for that platform. The social network reflects real life, so basic moral values must be respected. At the same time, the platform must comply with the laws of the host country," Hung, the minister of information and communications, insisted at an industry gathering in Ho Chi Minh City, according to local media.

"Facebook refuses to follow local rules when it enters a new country, saying it has own rules. Why don't we create a social network where users decide their own rules?" Hung said.

Le Hong Hiep, a fellow at the ISEAS - Yusof Ishak Institute based in Singapore, expressed doubts about Vietnam's goal to come up with its own answers to Facebook.

"I don't think Vietnam will be able to develop viable social media platforms that can compete with global players like Facebook or Google," he said.

"As long as Facebook and Google are still around, domestic social media platforms will not be Vietnamese users' first choice," he said.

Since Facebook entered Vietnam in 2007, Hanoi has issued more than 300 licenses for local social networks as of 2017, but few of them are active. Users have complained that most of the platforms built by local companies are not user friendly and that functions tend to be copies of those on Facebook. Some experts say Hanoi wants to tighten its grip on social networks as does China, where Facebook and Google services are blocked. But not all observers agree with this view.

"Hanoi will not shut down its internet and block the country from the international community, at the cost of building a new platform to replace Facebook or Google," said Tran Hong Ninh, a digital business analyst and founder of the Ho Chi Minh City-based Performance King, a consulting firm.