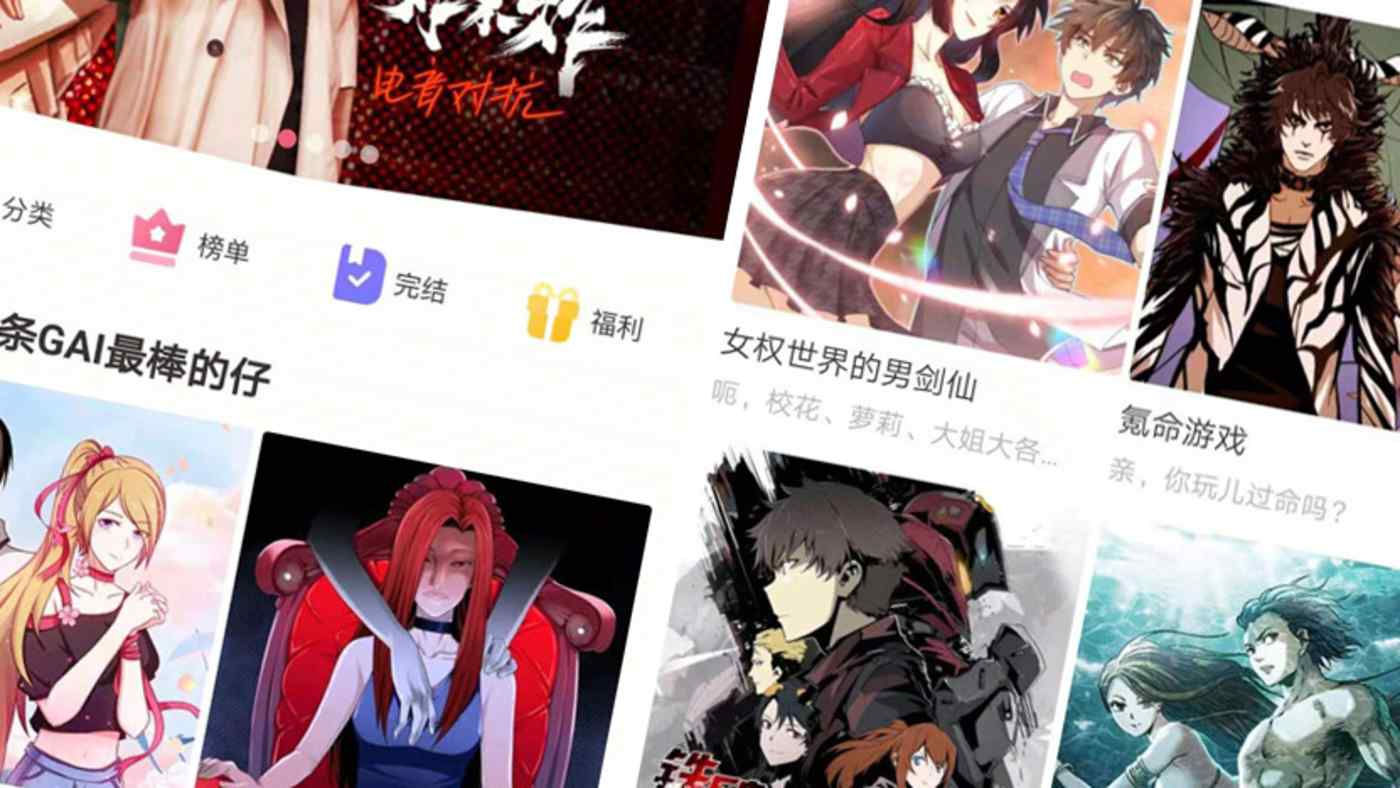 With fee-based browsing on manga platforms still at a preliminary stage, manhua.weibo, like other platforms, is pursuing commercialization in other ways, including overseas licenses and links with real-life celebrities (Photo courtesy of manhua.weibo.com).
SUN MENGYUE, 36KrSeptember 2, 2019 14:05 JST | China
CopyCopied

BEIJING -- Although markets for manga comics, animations and other two-dimensional images are beyond the focus of most investors, several big Chinese companies are making considerable efforts to exploit the market for manga -- the comics and graphic novels genre that orginated in Japan.

But manhua.weibo.com, launched in July 2018 by Weibo, a Chinese Twitter-style microblogging platform, is rapidly closing in on the top two platforms, having already gathered 10 million monthly active users. With the number of downloads for the app exceeding 100 million, manhua.weibo has joined the leading pack. In December last year, it even had slightly more daily active users than Tencent Animation.

Weibo has featured manhua.weibo.com on its website for some time for the release of manga works, after securing the intellectual property rights for them. But it takes time to nurture its own IP.

When Weibo launched manhua.weibo, it had neither an independent manga app nor popular manga artists on contract. It has since developed an app, as well as concluding contracts to use manga works and artists and foster its own stock of content and IP.

Following the launch of the app early this year, Weibo decided to focus on valuing quality stories and merged its various external units into one editing team with the power to contract for work. Content teams in manhua.weibo add to and adjust existing manga works, as well as produce new content. Currently, there are some 5,000 products on the app, with manhua.weibo having the exclusive distribution rights for 300 of these.

The platform developed its proprietary "Lingyun System" in cooperation with Weibo at the end of last year. The system analyzes information including users' behavioral patterns, preferences and keywords, using this to give advice to artists and the platform's creation teams to prepare writing pitches and secure future IP.

The system has made it possible to quickly get in touch with talented artists registered with Weibo and secure a pipleline of content.

Thanks to Weibo's strong support, manhua.weibo has been able to grow rapidly in just over six months since it launched the app, with numerous key opinion leaders in Weibo's user base also helping publicize its content.

In May, manhua.weibo upgraded its Asian animation and manga rankings to index data which show what influence its works and characters have, such as the number of views, growth of chat threads and how topical they are, in order to further examine user behavior and preferences.

In addition to rankings of works and characters, manhua.weibo also plans to add detailed information about cosplayers, voice actors and scenario writers.

As fee-based browsing on manga platforms is still at a preliminary stage, manhua.weibo, like other platforms, is pursuing commercialization in other ways.

The platform's IP team will be looking at overseas IP services and the provision of licenses. It has so far granted licenses for some 60 products for use in Japan, South Korea, the U.S., France and Southeast Asian nations, while also planning publicity for its works -- a task more usually carried out by an ad agency.

Manhua.weibo also has a line of characters based on but independent from celebrities, such as the two-dimensional character of popular Chinese pop singer Huang Ztao. Links between animation characters and popular figures offer important commercialization opportunities, as well as the potential of drawing in more users.