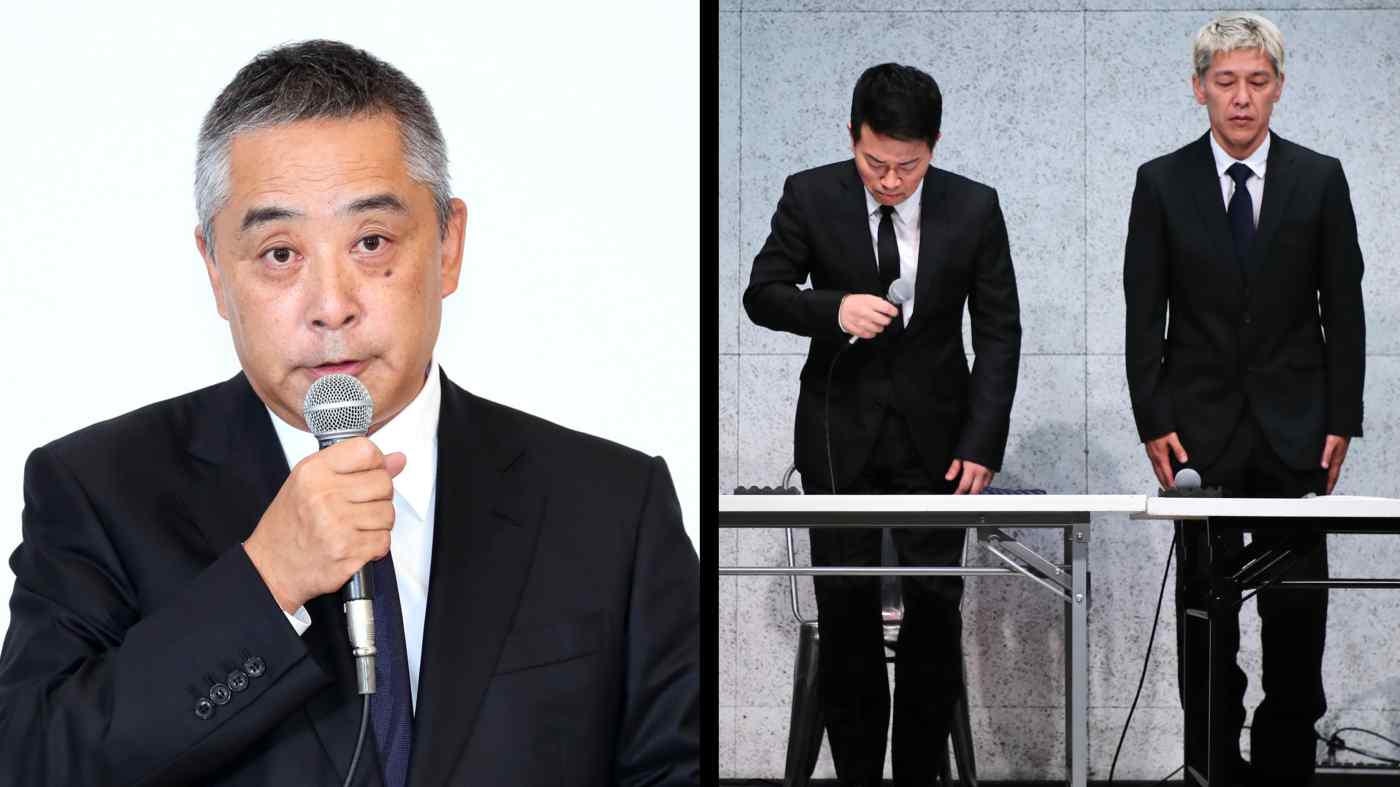 TOKYO -- The head of Japan's largest entertainment group Yoshimoto Kogyo apologized on Monday for poor corporate governance and failing to look after the interests of its artistes, after admitting he warned comedians not to speak to media about the company's alleged ties to organized crime.

Yoshimoto's troubles came soon after problems surfaced at another Japanese talent agency Johnny’s & Associates. Earlier this month, the Fair Trade Commission censured Johnny's for allegedly pressuring television stations to keep three former members of popular boy band SMAP off the air allegedly to restrict their activities even though they have left the agency.