MANILA -- Philippine property developer Megaworld is racing to beef up its portfolio of urban business and commercial properties in order to capitalize on the country's brisk economic growth.

The real estate unit of Alliance Global Group, a leading Philippine conglomerate, is planning to build more than 10 office buildings and commercial complexes in each of the next three years. This will increase the company's total rental space to 2.11 million sq. meters in 2020, up over 90% from the end of 2016. Megaworld is on a building spree as the Southeast Asian country's solid economic performance is expected to stoke demand for contract service facilities as well as commercial properties.

Megaworld, the third-largest real estate developer in the country after Ayala Land and SM Prime Holdings, leads in the renting of office space to contract service providers.

The company has announced a bevy of large, urban mixed-development projects involving office buildings and commercial, residential and other facilities, including a business and commercial complex called McKinley West on a 1 million-sq.-meter plot of land in Bonifacio Global City, a new business district in Metro Manila.

In the provinces of Cavite and Laguna south of Manila, the company is developing 5.61 million sq. meters of land for business and commercial properties.

Megaworld is also expanding into rural areas. On the island of Boracay, also south of Manila, a  subsidiary is constructing a resort called Boracay Newcoast on a 1.5 million-sq.-meter plot of land.

In Davao, a city on the southern island of Mindanao, the company has a project underway with a high-tech building for contract service providers as its core offering.

Megaworld plans to spend 122.5 billion pesos ($2.37 billion) in 2018 and 2019 to develop urban properties. The investment binge will add more than 10 buildings and facilities to its portfolio in each of the three years through 2020.

The company is showing strong earnings as past investments are now generating profits. Sales in the first half of 2017 grew 6% from the year-earlier period to 23.2 billion pesos, with net profit surging 11% to 6.6 billion pesos.

Meanwhile, the planned expansion of rental properties will increase income from rents to 20 billion pesos in 2020, double the 2016 figure.

Despite piling on debt -- bonds and borrowings -- to finance development projects, Megaworld is still in good financial shape, with a debt-to-equity ratio at a healthy 47% as of the end of June.

Alliance Global Group, led by business tycoon Andrew Tan, also owns brands such as Emperador brandy and Travellers International Hotel Group, which operates casino resorts. Megaworld is of growing strategic importance for the group because of its aggressive investment in real estate. 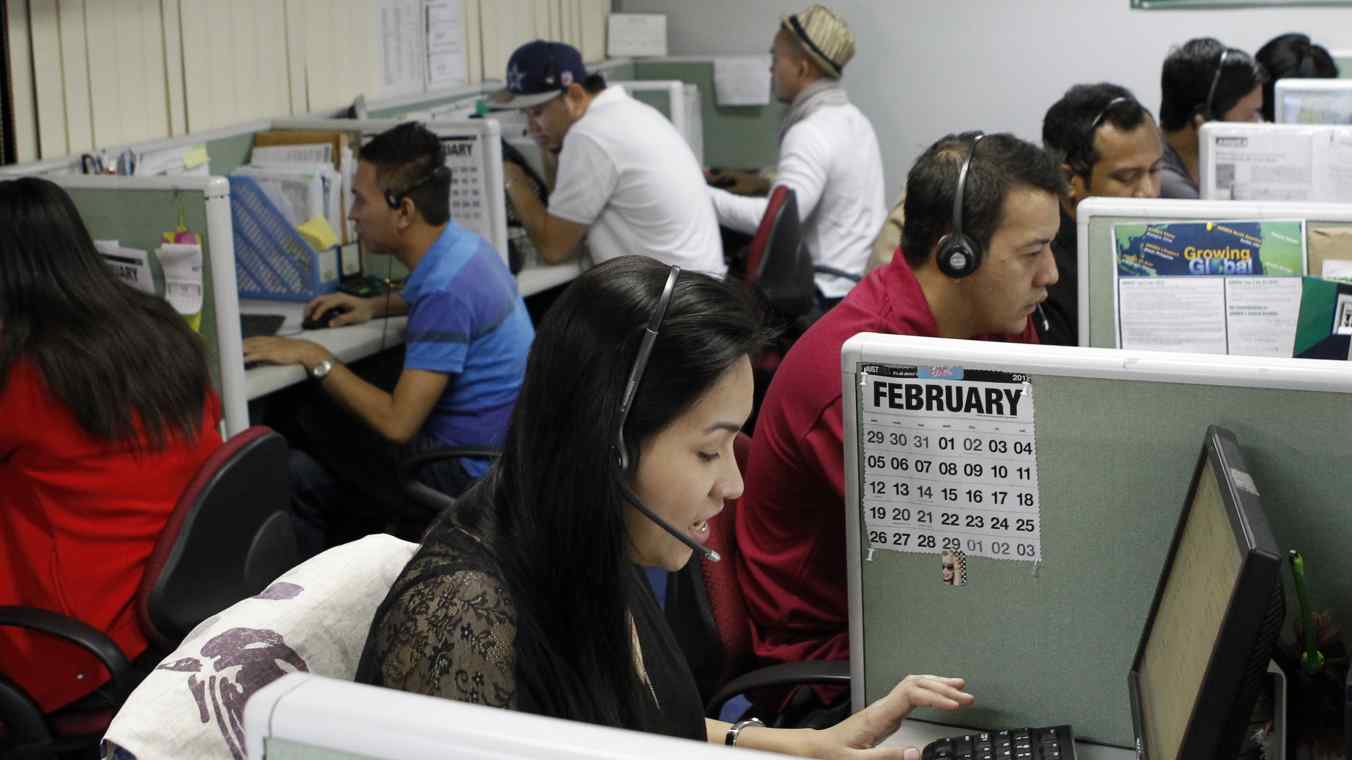 Philippines makes the most of its English ability

Alliance Global to stake $3.1bn on property, other ventures

The Philippines has attracted a growing number of contract service providers from around the world, such as call centers and system development providers, partly because of its English-speaking workforce.

Demand for state-of-the-art office buildings equipped with information technologies has prompted Megaworld and other developers to begin constructing these types of facilities. However, demand is tapering off.

IT-related foreign investment during the April-June quarter, including spending on contract service businesses, fell 34% from a year earlier. Many contract service providers have not been expanding in 2017, according to David Leechiu, a real estate consultant.

Megaworld, however, remains unfazed since it is betting on long-term growth of the country's property market.