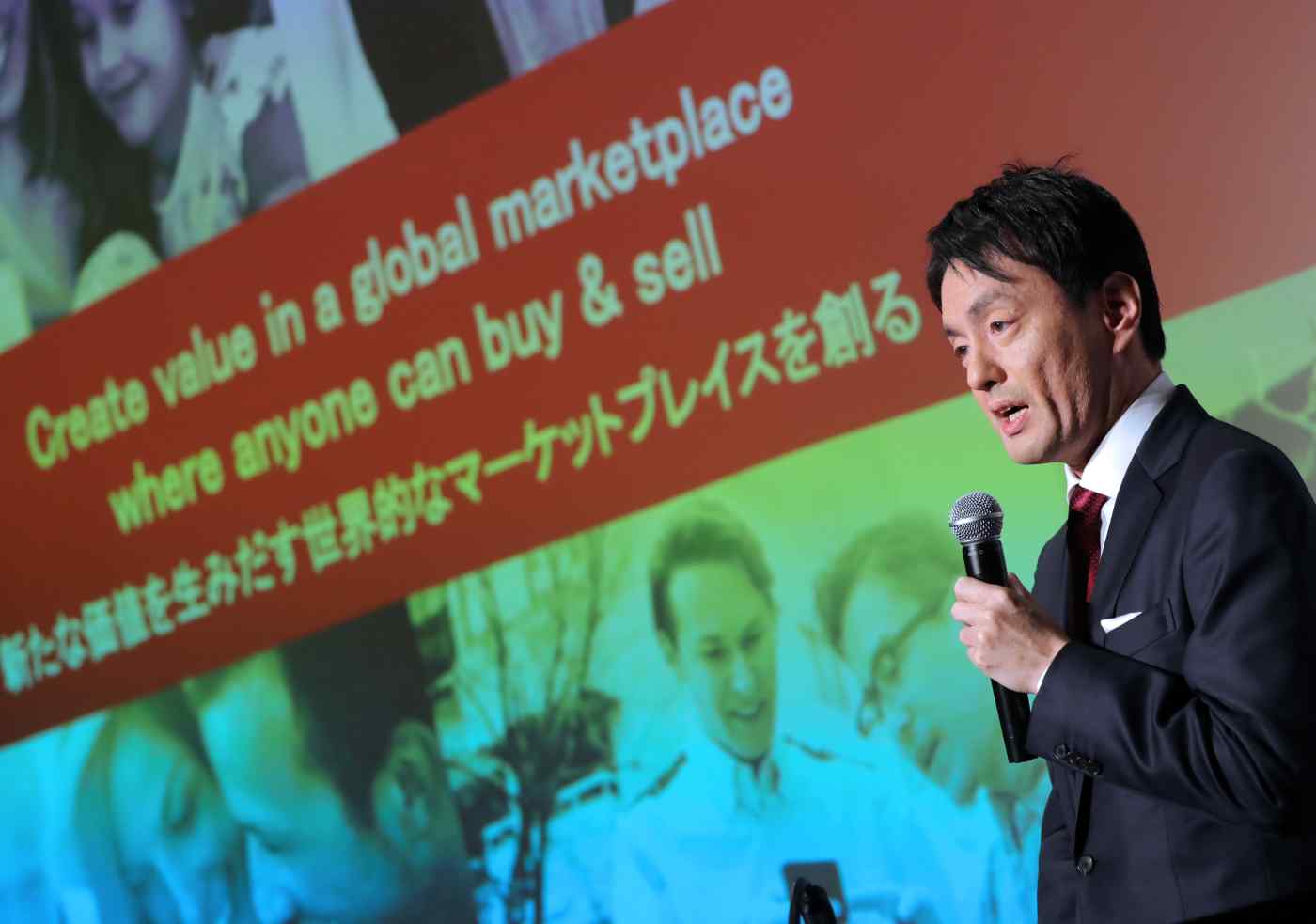 TOKYO -- After landing Japan's largest IPO of the year, flea market app Mercari said it wants to build a connected commerce platform across the U.S., Europe and emerging markets.

"[Mercari will] go into countries all over the world, and let people make transactions across borders," said founder and CEO Shintaro Yamada at a media conference on Tuesday. He said U.S. tech giants Amazon, Facebook and Google are among his role models.