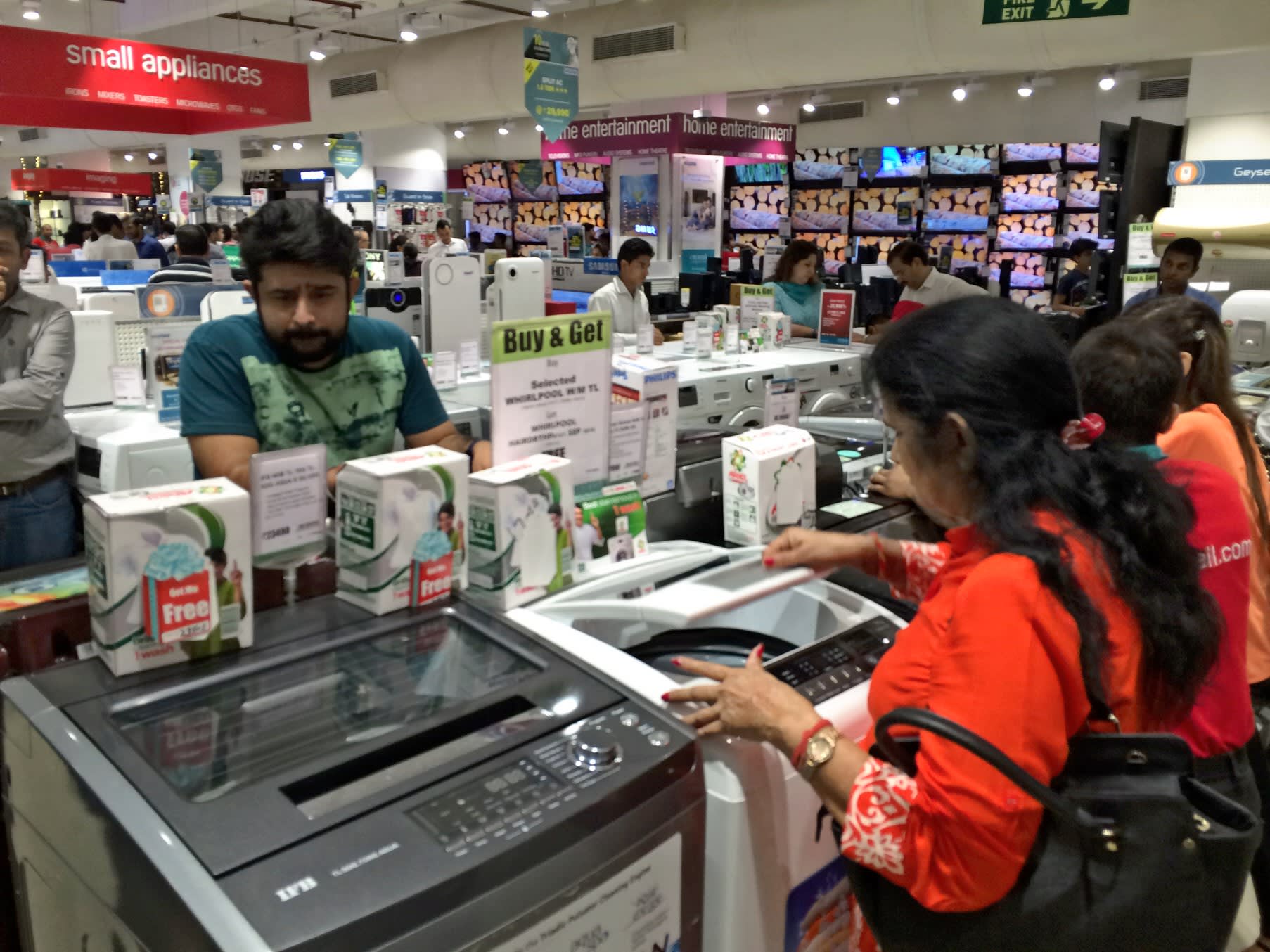 MUMBAI -- India is becoming a more significant manufacturing base for emerging-market electronics makers looking to sell to its growing 1.3-billion-strong consumer economy as well as to export worldwide.

"India is a key market in our global growth strategy and will be an important manufacturing hub in the future," Andy Gu, vice president of Chinese appliance maker Midea Group, said recently of the company's plans to invest 8 billion rupees ($123 million) in a production base in Pune.

The new factory, slated to begin output by the end of next year, will boast the capacity to produce 500,000 refrigerators, 600,000 washing machines and 1 million water dispensers a year. It will also make compressors, motors and other appliance components.

This latest investment rounds out local production of mainstay appliances for Midea, which already builds air conditioners in India through a joint venture with U.S.-based Carrier. A new research and development center built next to the factory will enable Midea to develop products tailored to Indian consumers, Gu said.

India's appliance market doubled in size over five years to $12.5 billion in fiscal 2016, and is projected to grow an additional 60% to around $20.6 billion by fiscal 2020, according to the Electronic Industries Association of India. Prime Minister Narendra Modi's government has been busy drumming up foreign investment in the country's manufacturing sector, while pursuing a landmark unification of the nation's patchwork of sales duties that culminated in a new goods and services tax Saturday. By simplifying tax accounting across state lines, the sales tax reform is expected to give companies a freer hand to choose optimal locations for factories and warehouses.

These considerations likely entered into Midea's investment decision in Pune. The Chinese company is chasing global competitors that have been off to an early start in India, including Japan's Panasonic and air conditioner maker Daikin Industries, and South Korea's Samsung Electronics and LG Electronics.

Hon Hai Precision Industry, the world's largest contract manufacturer of electronics, plans to invest up to $5 billion in India starting this year to expand its production capacity, the Times of India and other local media reported Tuesday. The Apple supplier also known as Foxconn seeks to make India a hub for exporting devices to the U.S. and European markets, according to the Times report.

Back in 2015, Hon Hai Chairman Terry Gou spoke of building 10-to-12 factories in India by 2020. At a shareholders meeting last month, he reiterated that the company was weighing additional investments in India.

Hon Hai already has a number of factories in India, where it is said to assemble smartphones for China's Xiaomi and Oppo. The company needs to raise its local capacity if it wants to go ahead with the possibility of producing iPhones locally for the Indian market.

Rising factory wages in China, Hon Hai's main production base, have brought the limits of the Taiwan-headquartered company's growth model within sight. India provides a plentiful source of cheaper labor, which Hon Hai could turn to its advantage to supply both the local and export markets.