TOKYO -- Mitsubishi Electric is shifting into high gear, expanding its automobile-related businesses to take advantage of new opportunities in the fast-approaching era of self-driving cars.

It recently unveiled a concept car simulator loaded with the company's driver-assist technologies that could help raise the company's profile in the auto industry. 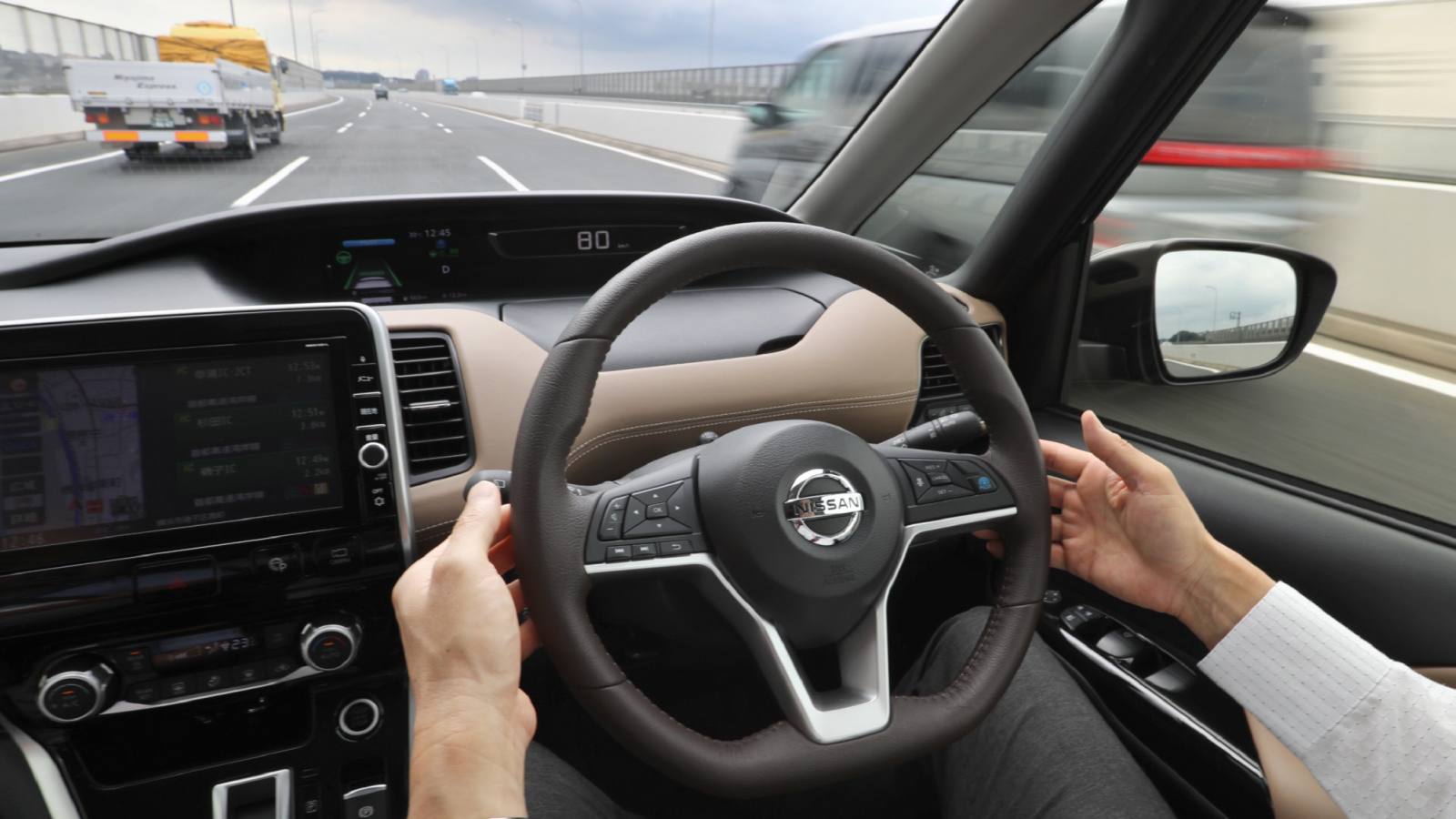 Mitsubishi Electric has a solid presence in the world of car manufacturing. The company boasts high shares in global markets for key car components such as engine starters.

Its competitive technologies related to sensors and satellites could propel the Mitsubishi group member to the leading edge of autonomous driving.

The simulator, made available recently for journalists to try out in Kamakura, Kanagawa Prefecture, is designed to showcase cutting-edge driver-assist features.

"You can clearly see the path you should follow even in poor visibility," a demonstrator said.

The simulator gives the driver a virtual reality experience of driving in very low visibility.

The display on the dashboard shows a green line indicating the direction the vehicle should follow. When a car in the opposite lane approaches, the line turns red.

The simulator is designed to mimic the experience of driving the vehicle envisioned by the company, which would use a high-quality global positioning system and an extremely accurate and detailed 3-D map to support the driver.

The car will also be equipped with a hazard-warning system. In-vehicle cameras constantly monitor the driver to ascertain the condition of the driver and thereby prevent dangerous situations. If the system detects signs of trouble, the system sounds a warning to the driver.

Mitsubishi Electric is known as a maker of industrial equipment such as instruments for factory automation and controlling operations at power generation plants.

It is also a well-established supplier of key car components including engine starters, alternators to charge the battery and power the electrical system, and power steering systems.

Now, the company is seeking to upgrade its car-related business. "We will find more business opportunities in proposing combinations of technologies than in offering single components," said Hideo Watanabe, a senior executive in charge of developing equipment for automobiles.

The evolution of automobiles is causing significant changes in the role of suppliers like Mitsubishi Electric.

The company sees great growth potential in the automobile equipment business and plans to start operating a new plant next year to manufacture car components.

Fueling the company's ambitious growth strategy for its car equipment unit is the growing trend toward autonomous driving.

On Oct. 17, it made available a prototype self-driving vehicle for test-driving on a course in Hyogo Prefecture.

In particular, it has unique expertise in receiving and using positioning information from satellites that it has accumulated as one of Japan's few satellite makers.

Its satellite-related expertise is drawing the attention of major global component makers.

In August, Mitsubishi Electric announced plans to set up a new company to provide high-precision positioning information jointly with Robert Bosch of Germany and other partners.

Mitsubishi Electric has been concentrating its resources on strategically important areas while pulling the plug on its semiconductor memory and mobile phone businesses.

Its market valuation now stands at 4 trillion yen ($35.6 billion), on a par with trading giant Mitsubishi Corp., the core of the group, and well above Mitsubishi Heavy Industries, at 1.5 trillion yen, or Mitsubishi Motors, at 1.3 trillion yen.

The race to develop self-driving vehicles is a free-for-all with players in various areas, including not only established automakers and car parts suppliers but also internet conglomerates and obscure startups competing for supremacy.

Watanabe stressed that the company has no intention of abandoning its identity as a parts supplier altogether. "We will continue to supply [car] parts," he said.

But the changing landscape of the auto industry could give the company a more prominent presence in the market.

The time may come when Mitsubishi Electric will replace Mitsubishi Motors as the principal Mitsubishi group player in the auto sector.