Parent Daimler to provide technology by 2021 devised with Israeli startup 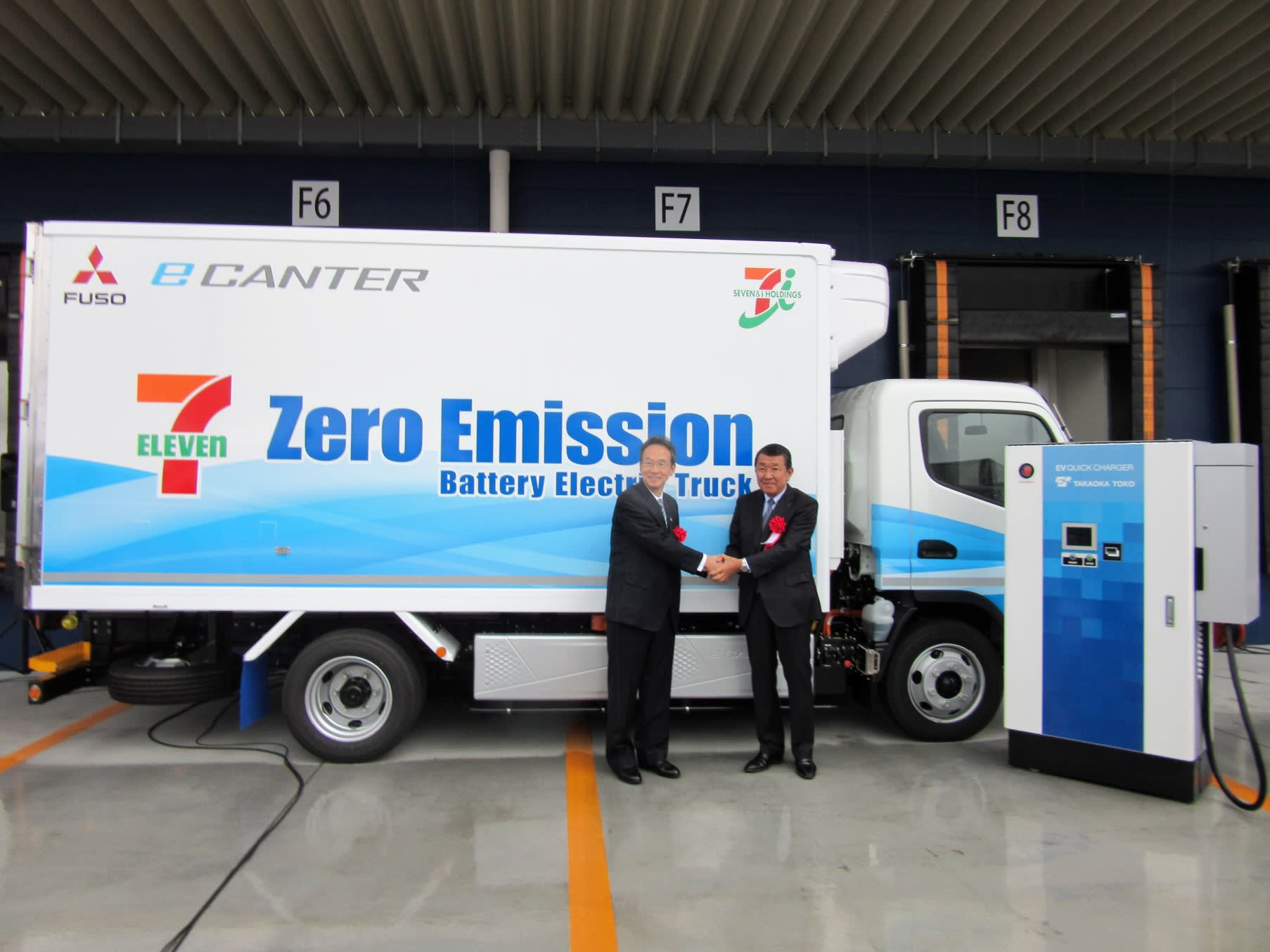 TOKYO -- Mitsubishi Fuso Truck and Bus envisions offering an electric truck that needs only five minutes for a full charge as soon as 2021, tapping the expertise of German parent Daimler.

The Japanese unit of Daimler will adapt the technology to the eCanter, an electric-powered light truck that Mitsubishi Fuso began providing in October to convenience store operator Seven-Eleven Japan and others. This truck now possesses a driving range of 100km per charge and carries an option for achieving a full charge in about 90 minutes.

The vehicle's maximum speed of 80kph and expected service life of 10 years offer the equivalent performance as the conventional diesel models that account for a majority of commercial trucks. A five-minute charging time would roughly match that of diesel refueling.

Mitsubishi Fuso will use Daimler's battery technology, based on the parent's September investment in Israeli startup StoreDot, which has devised a method to charge a passenger car in five minutes. Daimler will work with the venture to tailor the technology to commercial vehicles.

The Japanese company plans a service for next year that lets drivers look up charging stations on a smartphone. The service will indicate the distance to the charging facility and how far the vehicle can travel with its remaining electricity, while also providing cost-savings advice for charging the vehicle based on usage patterns.

Japan already has about 7,000 charging stations, backed by a government effort to develop infrastructure for electric vehicles. But the majority of the stations lack parking spaces large enough to accommodate commercial vehicles. Mitsubishi Fuso plans to install charging equipment at its 250 sales and service stations across Japan within two to three years.