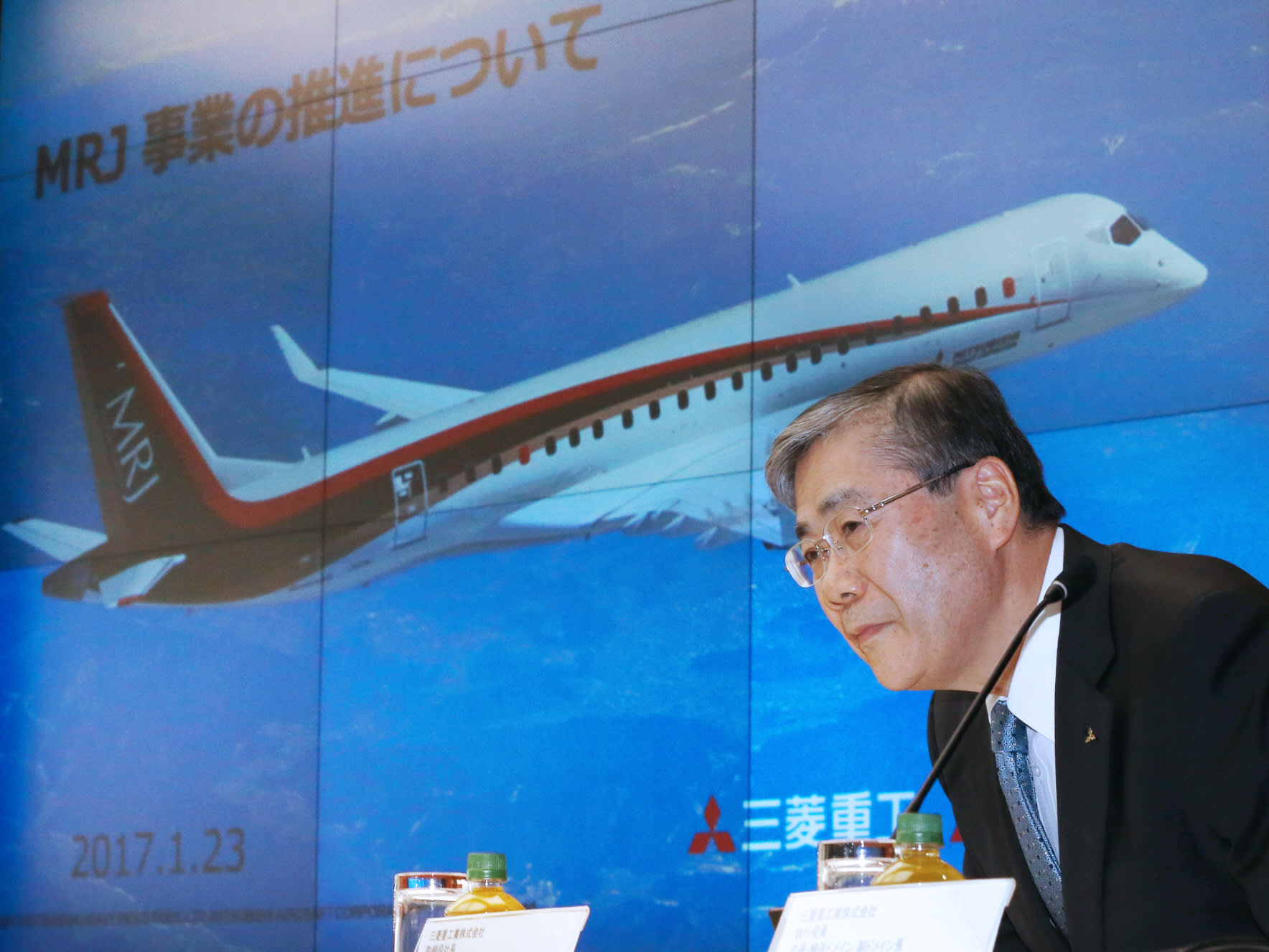 TOKYO -- With Mitsubishi Heavy Industries forced to delay delivery of a homegrown jetliner for a fifth time, the Japanese manufacturer's leader stressed the need to hone the company's technological expertise and plan investments over the long term.

The company announced Monday that the Mitsubishi Regional Jet would be delayed to mid-2020, from the planned mid-2018. Mitsubishi Heavy President Shunichi Miyanaga told reporters that the difficulty of aircraft development "has hit home after the eight years of development efforts." The plane being developed by subsidiary Mitsubishi Aircraft would be the first commercial passenger plane from Japan in five decades.

The MRJ project, adopted in 2008, has already consumed billions of dollars in development spending. With design and other changes emerging, the costs are seen rising 30-40% from earlier plans, Miyanaga said.

"We should have done more homework about how to go about gathering information and analyzing risks before the development started," he said.

Miyanaga said the impact to single-year earnings would be minimal. But the delay would postpone profitability for the MRJ business into the early 2030s from the planned late 2020s. The president cited a similar example of the luxury cruise ship business in which delivery delays led to massive losses.

To chart a comeback, Mitsubishi Heavy is hiring more foreign engineers to hone the group's expertise, raising the proportion of foreigners in the development staff from less than 10% in 2014 to around 30% this year. Many former employees of Boeing and other Western companies are being tapped. The company seeks to "take off" by jettisoning a mindset of developing everything with in-house expertise.

The company will focus on the impact to order contracts. Launch customer ANA Holdings has said it will consider using the existing fleet longer or procuring other aircraft models instead. Of the roughly 450 aircraft ordered so far, contracts allow cancellation of nearly half.

Brazilian aircraft builder Embraer aims to begin delivery in 2021 of new 90-seater planes, the same size as the MRJ. Mitsubishi Heavy still hopes to deliver the MRJ before that, in 2020 when Tokyo hosts the Olympics.

Miyanaga underscored the need for long-term management of the aviation business, highlighting the massive development spending required and the lengthy period needed to recover the outlays. Boeing delayed delivery of its midsize 787 jet by a few years. But as was the case with the U.S. company, investment can be recovered in a few decades when new products enter the market.

An accident at a U.S. nuclear energy facility has an American power company seeking damage compensation from Mitsubishi Heavy that may exceed 200 billion yen, an analyst said.

Mitsubishi Heavy has sold part of its real estate unit to West Japan Railway for nearly 100 billion yen, and a source from the group said the deal sought to offset losses from the cruise ship and MRJ businesses. New losses mean the company would face the challenge of managing risks again.