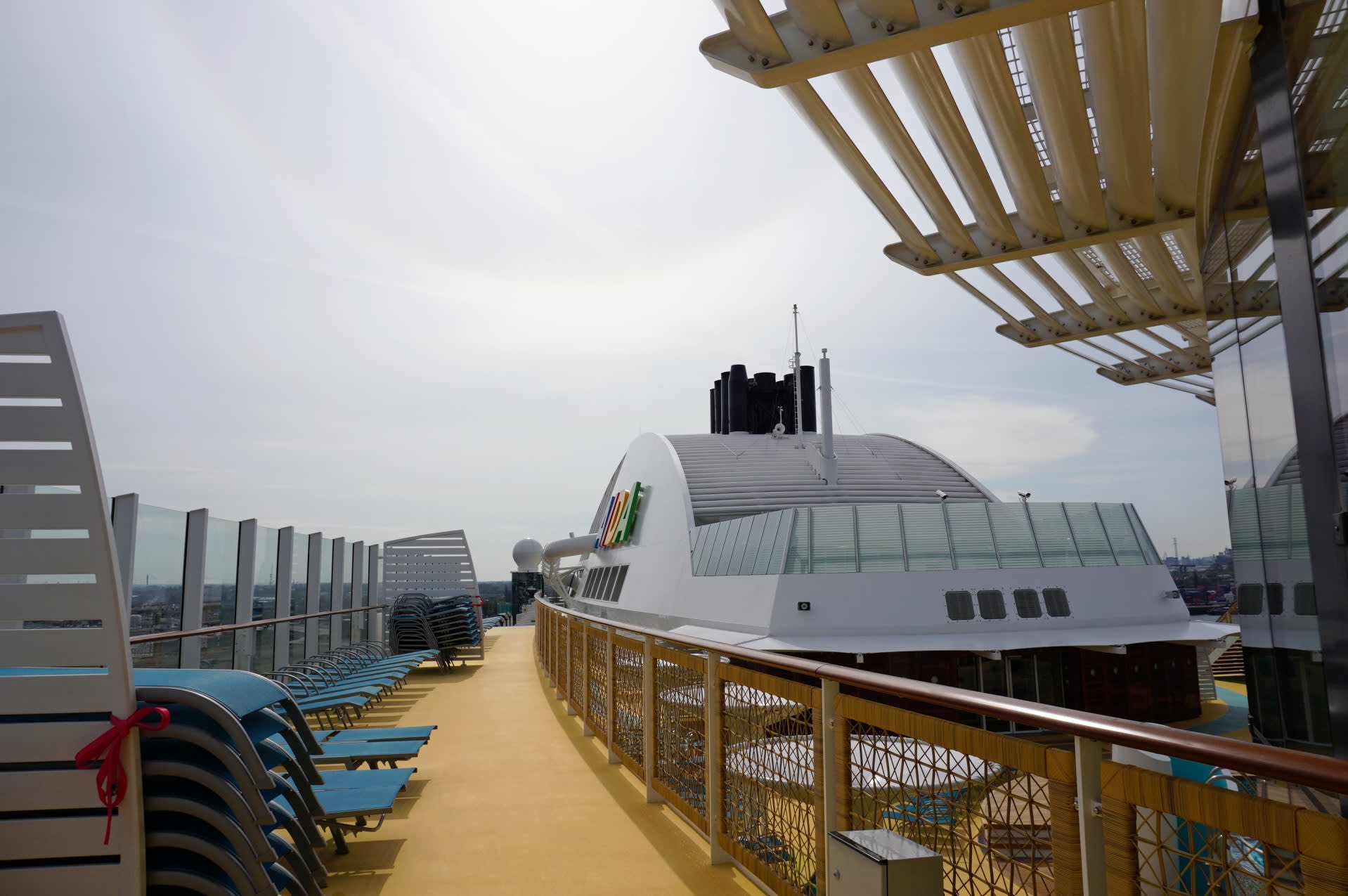 The AIDAprima has more than 1,600 staterooms.

HAMBURG, Germany -- A giant cruise liner constructed by Mitsubishi Heavy Industries opened its doors here Friday ahead of its entry into regular service.

The 125,000-ton AIDAprima is 300 meters long and boasts 1,643 staterooms, making it the largest passenger vessel ever from the Japanese shipbuilder. The cruiser incorporates the latest in engineering technology, Mitsubishi Heavy President Shunichi Miyanaga said in a ceremony on board.

The Japanese company received an order in 2011 to build a pair of large passenger cruise ships for Carnival group member Aida Cruises of Germany. The AIDAprima was delivered first this March. But delays have plagued the project, with combined losses for Mitsubishi Heavy reaching 237.5 billion yen ($2.21 billion).

The ceremony doubled as an information session for the 300 invitees, consisting largely of European business contacts. Miyanaga and executives from affiliated companies outlined commercial operations.