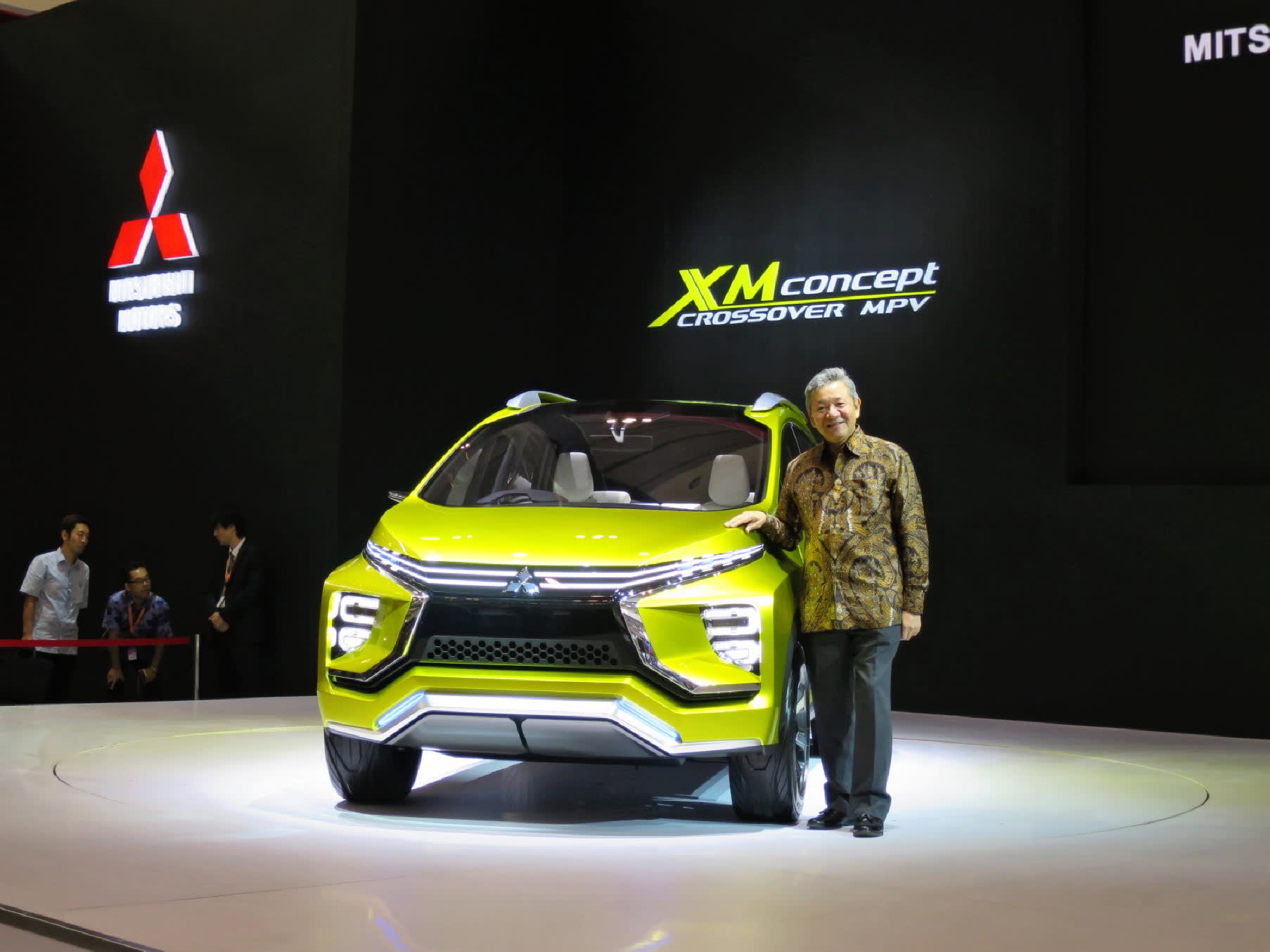 Mitsubishi Motors unveiled a small, multipurpose-vehicle concept car that it will start building in the country in autumn 2017. The new seven-seater MPV features sport utility vehicle technologies, "which we excel at," Executive Vice President Kozo Shiraji said. The model's SUV-like capabilities will include offering stability even on unpaved roads, Shiraji said.

Mitsubishi is slated to open a factory in Indonesia next year, and the automaker seeks to stimulate sales by rolling out the new MPV. Competition has intensified with rivals such as Honda Motor, which is boosting market share by releasing new models.

Toyota and Daihatsu, the top two players in Indonesia, are exhibiting the recently launched Toyota Calya and Daihatsu Sigra twins. The fuel-efficient seven-seaters were developed by Daihatsu, which has become a wholly owned Toyota subsidiary.

Inexpensive seven-seat cars are popular in Indonesia, where people go out with groups of family and friends. Japanese automakers can tap their strength in manufacturing low-cost vehicles offering relatively generous space, with Daihatsu using its minicar technology.

Japanese automakers control over 90% of the Indonesian market, but Shanghai's SAIC Motor seeks to crack the field. SAIC is showing off vehicles under the Wuling brand, a strong seller in China developed with General Motors, as the company participates in the Indonesian auto show for the first time.

Indonesia's new-car sales tumbled 16% to 1.01 million vehicles last year amid interest rate hikes. But an industry group projects a 4% gain to 1.05 million units for this year, and sales have risen for three straight months.

"Commercial vehicles remain weak, but an economic recovery is paving the way for an upturn in passenger cars," said Hiroyuki Fukui, managing officer at Toyota.

The auto show, running through Aug. 21, features the latest models from 31 passenger and commercial brands and is expected to draw 500,000 visitors.