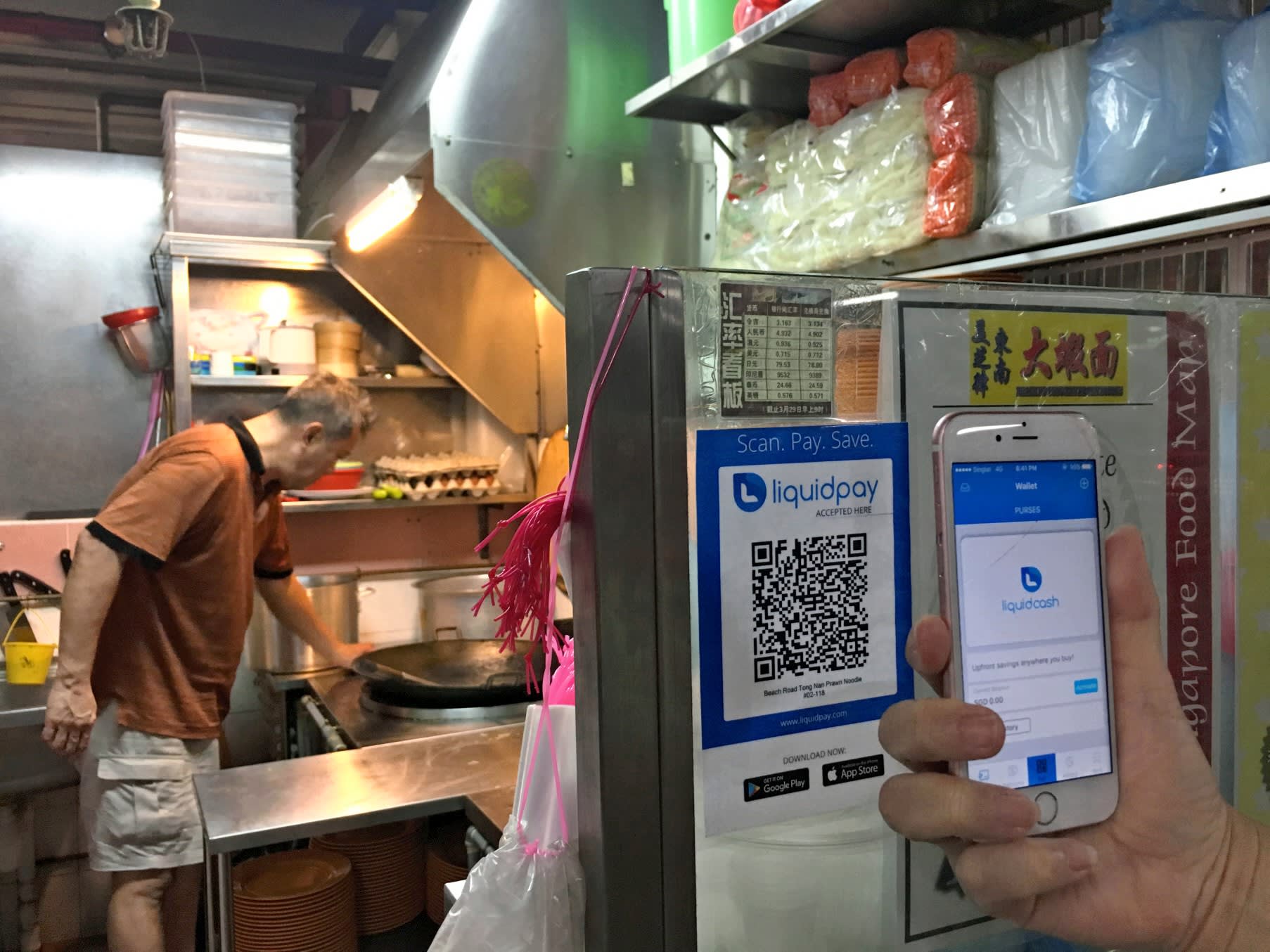 BANGKOK -- For a region that has lagged behind the rest of the world in terms of the number of credit cards and banking accounts, Southeast Asia has made remarkable strides toward a cashless society through the use of smartphone payments.

The Bangkok Mass Transit System (BTS), which operates the rail system in Thailand's capital, will roll out a smartphone version of its Rabbit smart card as early as this year. With 7 million domestic users, Rabbit tops all competing transit cards.

BTS teamed up with the Thai unit of Line, the Japanese provider of the eponymous messaging program, to jointly develop a transit payment app dubbed Rabbit Line Pay. A scanner at the ticket gate reads the QR code displayed on a handset's screen, deducting the fare from the digital wallet account.

The partners hope to have Rabbit Line Pay accepted at restaurants such as McDonald's as well as retail outlets, with the goal of making the app the de facto standard in Thailand.

From taxis to personal shoppers

Mobile payments are making their way into several facets of everyday life in Southeast Asia. Kasikornbank, a major commercial bank in Thailand, has developed its own system, named K-Pay. The bank has begun a trial run of the service, with readers installed at dozens of dining halls and food stalls.

Meanwhile, Singaporean startup Liquid Pay has already made over 100 outlets compatible with smartphone payments, and plans to increase that number to 25,000 by the end of the year.

In Indonesia, smartphone payments is spearheading among motorcycle taxi users through ride-hailing firm Go-Jek. Last year, the company launched Go-Pay, a virtual wallet that has eliminated cash payments in 50% of transactions to date. Go-Jek and Singaporean industry rival Grab are also introducing mobile payments to a growing spectrum of ancillary operations, such as food deliveries and personal shopping services.

Smartphone penetration exceeds 50% on average in six major Southeast Asian nations, according to British research firm Euromonitor. That ratio is seen surpassing 70% in 2021, approaching the 80% concentration in Japan and the U.S.

Mobile payment systems can not only automatically withdraw money from bank accounts, but they can allow users to make deposits into their digital wallets, even at the tiniest shops in rural areas that do not have bank accounts.

This setup is a boon for the multitudes of people falling outside conventional banking systems. Only about 30% of Indonesians and Filipinos have bank accounts, according to 2014 World Bank data, while just a small percentage of Southeast Asians outside of Singapore and Malaysia have credit cards. With conventional financial services having such a low reach, mobile payments are poised to dominate in the region.

Southeast Asia, which is home to roughly 600 million people, is expected to see private consumption double to $2.3 trillion in 2020, according to market research firm Accenture. Euromonitor predicts that around $32 billion worth of mobile payments will be made in 2021 -- 10 times the scale in 2013.

Even not-so-developed nations have entered the smartphone payment game. Vietnam's Momo and Myanmar's OK Dollar were originally developed mainly to help people wire money back to rural areas. Now they can be used at retail stores, restaurants and airline ticket counters  -- even to make such big payments as those to wedding halls.

The two companies are exporting their successful business models to Southeast Asia by partnering with local conglomerates and others. In Singapore and Thailand, those payment options are available in hotels, as well as convenience and department stores.

Mike Ghasemi, research director at U.S. market intelligence firm IDC, says mobile payments represent a chance to capture a large population of consumers that don't have access to bank accounts, indicating that business opportunities could be had by a wide range of sectors, such as the insurance industry. Smartphones appear to be further accelerating economic growth in Asia.

Additional reporting by Tomomi Kikuchi in Singapore, Wataru Kodaka in Shanghai and Wataru Suzuki in Jakarta.