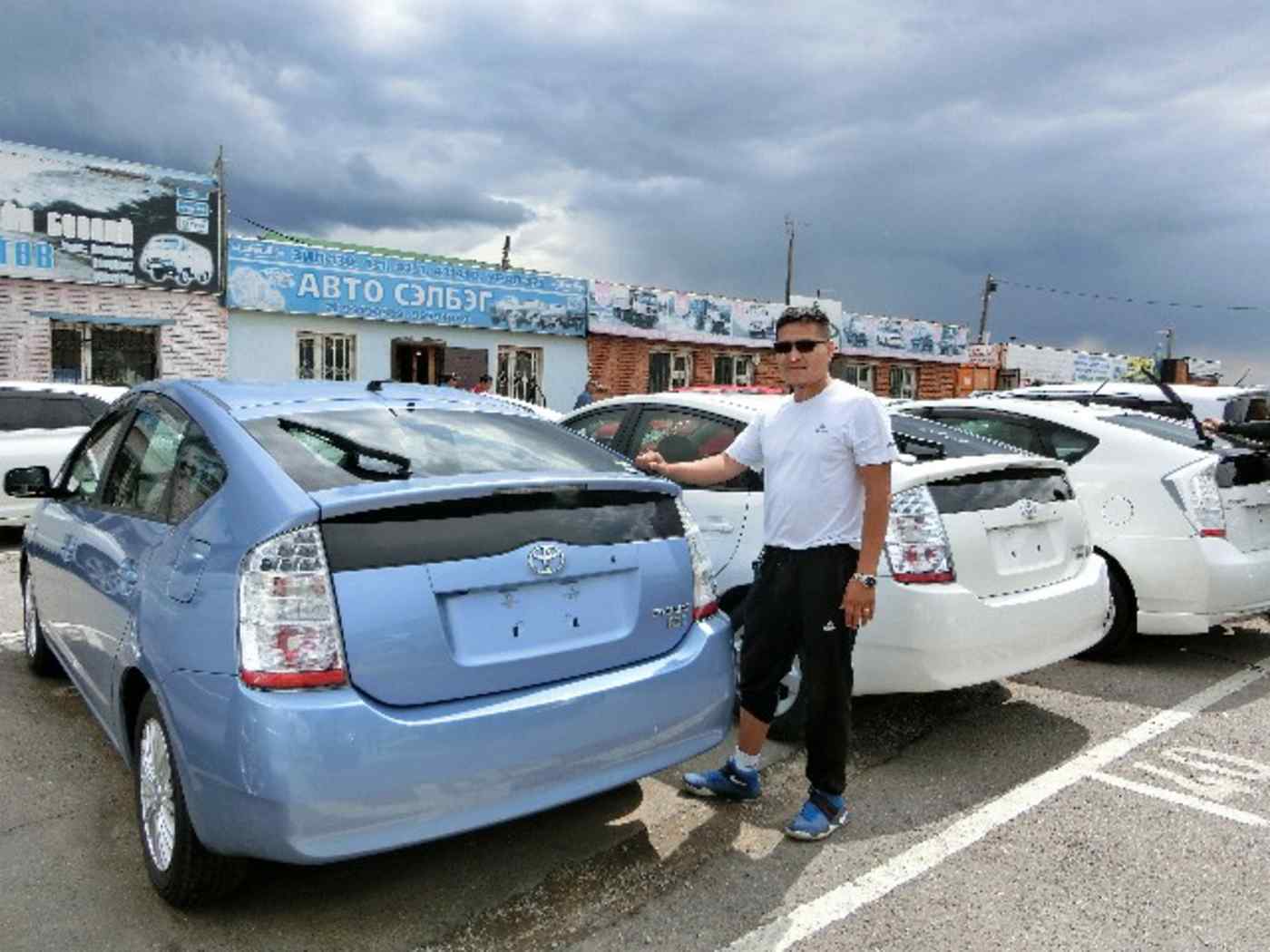 Toyota Priuses like these at a dealership in Ulaanbaatar are held in high esteem in Mongolia because they need little fuel and for their ability to get through the country's harsh winters.
SHUNSUKE TABETA, Nikkei staff writerJuly 19, 2017 11:48 JST | Japan
CopyCopied

ULAANBAATAR -- An authorized Toyota Motor dealership stands out along a road that takes us from an airport here to the city center.

We stop at the Munkhada dealer for a look-see, and a service manager tells us matter-of-factly that the level of customer service is on par with that in Japan.

On the second floor, where customers can view how repairs are coming along, there is a massive picture of Hakuho, the yokozuna grand champion.

Among Hakuho's fans is Toyota President Akio Toyoda, who last July was inspired by his infatuation with the Mongolian native to open a third authorized Toyota dealership in that country and to involve a company run by the sumo champion's relatives.

Vehicle breakdowns can quickly turn into matters of life and death in Mongolia, where grasslands cover most of the country and winter temperatures can drop to around minus 30 C. This makes drivers more concerned about quality and credibility than anything else.

So Munkhada's maintenance department has a staff of Japanese engineers on hand.

The price of Toyota's flagship Land Cruiser SUV starts at around $87,000.

Toyota has another strength in Mongolia -- relatively low-priced offerings.

Most cars occupying parking spaces here in the nation's capital are secondhand Prius hybrids. A secondhand Prius carries a price tag from around $2,000 to $6000 depending on the model year.

The operator of an import company said the cars enjoy overwhelming popularity due to their fuel-sipping habits, resilience in the winter and the wide availability of replacement parts. One more thing, the operator added, getting a loan to buy a Prius is easy because of the cars' high resell value.

Mongolians, it seems, are just as infatuated with Japan as Toyoda is with Hakuho. In the home electronics market, Japanese brands dominate. Japanese companies also have big footprints in the country's finance, telecommunications, construction and education sectors.