More Chinese companies are becoming leaders in their fields 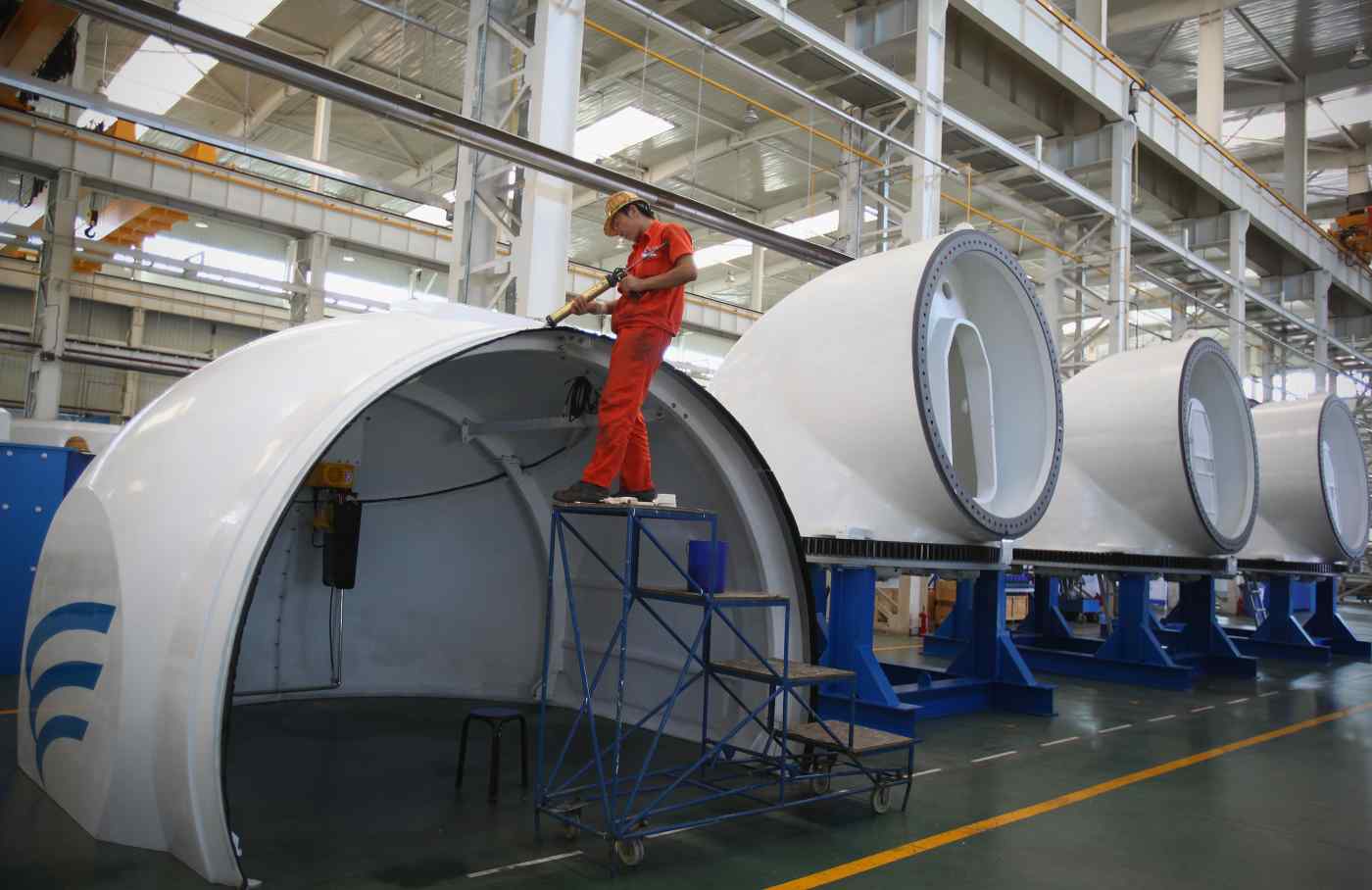 TOKYO Massive domestic demand is giving Chinese companies a leg up in the global marketplace. In The Nikkei's 2015 global market share survey, 20 China-based companies were among the top three players in the 55 categories of products and services covered.

By country, the U.S. saw the greatest number of companies -- 58 -- ranked among the top three across the various categories, followed by Japan at 34, and South Korea and China at 20 apiece. WIND POWERS New installations of wind generators in 2015 shot up 23% year-on-year worldwide. Renewable energy as a whole is gaining traction as means of addressing climate change, and demand for wind power in particular is rising due to its relatively large generating capacity and established technology.

General Electric of the U.S. boosted its sales at home and in Brazil, and it also did well in Europe. Siemens of Germany fell to fourth place, though its equipment for offshore wind-power operations performed well.

European manufacturers are regaining some lost ground. Siemens announced on June 17 that it and fifth-ranked Gamesa of Spain will merge their wind turbine operations. The two companies have a combined market share of 13.2%, exceeding Goldwind's 12.8%.

PANEL PLAYERS Japan Display won back its status as the world's top manufacturer of small and midsize LCD panels, which are used in smartphones, tablet computers and other devices, having lost the title a year earlier to LG Display of South Korea. The Japanese company saw its market share rise 5.5 percentage points to 21.7%.

Both Japan Display and LG Display enjoyed brisk shipments of panels for use in Apple's iPhone smartphones. But its strength in high-resolution panels allowed the Japanese player to also benefit from strong demand from rising manufacturers such as China's Huawei Technologies. 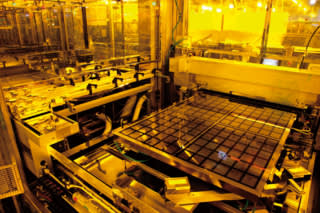 Japan's Sharp, which is to come under the umbrella of Taiwan's Hon Hai Precision Industry, also known as Foxconn Technology Group, managed to retain the third slot. But it lost many customers to Chinese players, including BOE Technology Group and the Tianma Micro-electronics group. In addition to their growing presence in the TV panel market, Chinese suppliers are also entering the smartphone-panel fray, and their competition with Japanese and Korean makers will likely intensify this year.

Taiwan's Innolux, another LCD panel company in the Foxconn camp, was ranked fourth. The combined share of Sharp and Innolux comes to 19.8%, close to Japan Display's 21.7%.

UPTICK IN SHIPS Global shipbuilding volume picked up, ending the downward trend in orders that had continued since the 2008 global financial crisis. Four of the top five shipbuilders were South Korean companies.

Some major South Korean shipbuilders were hit by massive losses in their marine engineering business, while Chinese players struggled for orders in an overcrowded market.

Japanese companies expanded orders in 2015 on the strength of their fuel-efficient vessels. There is still a global glut of ships, however, and China's economic slowdown is keeping growth in marine cargo traffic stagnant. Low orders will likely be a continuing industry trend. GAINING GROUND Near the top of the rankings, China and South Korea saw similar results, with each boasting 20 top-three companies and eight No. 1 companies.

South Korea's Samsung Group topped the lists in six categories, including smartphones, LCD TVs and dynamic random-access memory, or DRAM, chips, which are used in PCs and other devices.

Among Chinese players, Haier Group topped the lists in the washing machine and refrigerator categories, while Lenovo Group was first in personal computers, Hikvision in security cameras and Trina Solar in solar cells.

A remarkable trend emerged slightly lower in the rankings, however, with more Chinese companies claiming the No. 4 and No. 5 spots. This is particularly noteworthy in areas where South Korean players used to be prominent, such as flat-panel TVs, large LCD panels and tablet computers. The rapid rise of Chinese companies in these and other fields means competition for market share is only going to intensify.