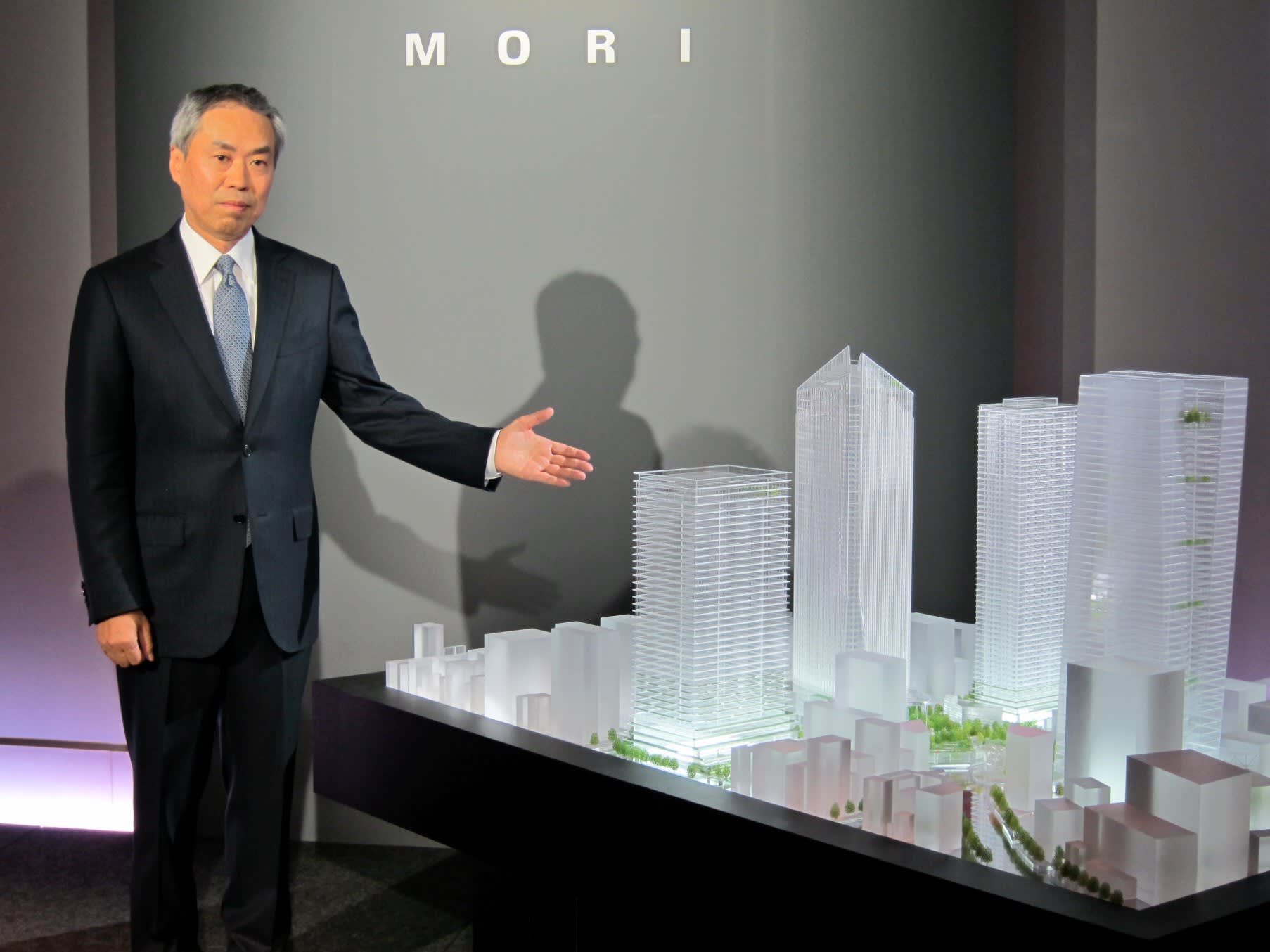 TOKYO -- Japanese developer Mori Building has unveiled plans for a cluster of new office and residential towers in Tokyo's Toranomon district, adding to a rush of similar projects in the capital -- and to competition for international tenants.

The company has shown a flair for attracting foreign multinationals with its mixed-use developments. Speaking to reporters at Wednesday's unveiling, President Shingo Tsuji sounded confident that people would choose the "compact" neighborhood packed with offices, residences, hotels and other features.

The new three-building development is expected to cost 400 billion yen ($3.66 billion) in total. Two new towers will flank the developer's existing flagship in the district, the 52-story Toranomon Hills. One will be a 36-story office building, the other a residential high-rise standing 56 floors aboveground. Work on both is scheduled to begin in fiscal 2016 and reach completion in fiscal 2019.

The plans also include another tower, roughly the same height as Toranomon Hills, which the developer aims to complete in fiscal 2022.

Mori Building has a 30-year track record of designing mixed-use neighborhoods with an expansive feel, as exemplified by Roppongi Hills. Tsuji talked ambitiously about turning Toranomon, once a residential district, into a "center for business."

But rivals Mitsubishi Estate and Mitsui Fudosan are trying to beat Mori Building at its own game. They have taken a similar approach to ongoing projects in two of the capital's leading business districts -- the former in Marunouchi, the latter in Nihonbashi. Both seek to cater to foreign corporations with neighborhoods that offer work, home and entertainment.

Tsuji said that with interest rates turning negative, borrowing money for the new development will be easy. Even so, Mori Building had around 1 trillion yen in interest-bearing liabilities as of the end of March 2015. It takes in only about a fifth as much revenue as industry leader Mitsui Fudosan but carries half as much debt.

Earnings may be solid enough now, but all this debt could become burdensome. The outlook offers reasons for concern. A wave of high-capacity office buildings is set to arrive in 2019, the same year as Mori Building's new Toranomon office tower is supposed to open. And the Tokyo economy may suffer a letdown after the capital hosts the 2020 Summer Olympics.