JAKARTA -- Multi Bintang Indonesia, the producer of the country's No. 1 selling Bintang beer, said it will consider a stock split before January 2016 to make its shares more affordable for investors. 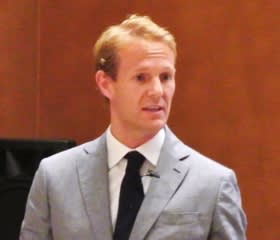 Maarten Hoedemaker, the company's finance director, said on Monday the company is reviewing options to meet a new regulation by the Indonesia Stock Exchange (IDX) that requires all listed companies to have at least 7.5% of its shares, with a minimum of 50 million shares, available to the public. The new regulation is expected to take effect on January 2016.

Although 16.33% of Multi Bintang's shares are available to the public, its circulation is only around 3.4 million shares, according to the company's latest annual report. Its parent company, Heineken International, holds a 76.24% stake.

Questions over the company's failure to make the stock more accessible to the public were raised by journalists and investors at the company's public conference following its annual shareholders meeting in Jakarta.

"I want you to split the stock because the price is too high for me," said one 55-year-old private accountant who trades on his own behalf. "With the current price tag, you can buy a small house," he added.

The company's share price is hovering slightly above 1 million rupiah ($90), making it one of the most expensive stocks on the IDX. The minimum investment for the stock is more than 100 million rupiah, as it is sold in 100-share lots. The company's market value has grown by almost 10 times in the last five years, mainly due to its strong sales of beverages.

But the scarcity of its shares was illustrated on Monday, with only around 50 people attending the company's shareholders meeting. Several attendees said they have held the stock for several years because they are afraid that once they sell it, they will never be able to buy it back again.