Many aspire to be directors, just as in Hong Kong and China 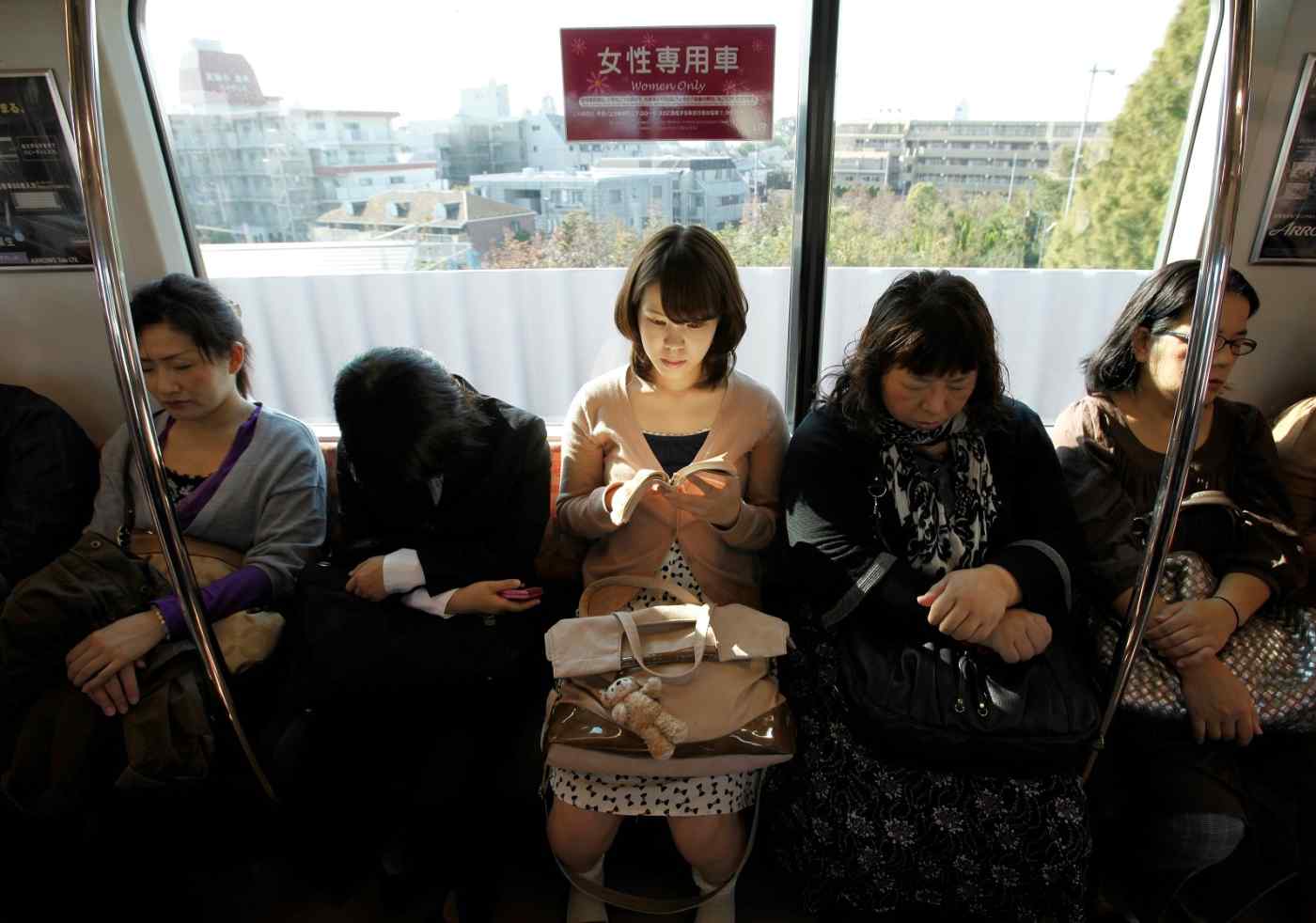 TOKYO -- A survey by professional recruitment company Hays has found that many Japanese female professionals aspire to be corporate directors, but that male bosses do not seem to grasp that reality.

According to a Hays survey of five Asian economies, 42% of Japanese female professionals said, "My line manager does not know my career ambition." That was more than four times higher than the share who said the same in Hong Kong, and notably higher than in China, Malaysia and Singapore. It is widely believed that Japanese women are less ambitious than their peers in other countries when it comes to reaching the top of the corporate ladder. This was apparent in the Hays survey, where just 6% of Japanese female respondents said they aspire to reach the C-suite level within seven years. A further 23% said their aim was to reach that level within 10 years. Compare that to Hong Kong, where 22% of female professionals said they would like to reach the C-suite within seven years, and another 17% aimed to do so within 10 years.

But the numbers do not do justice to the career ambitions of Japanese women. When asked if they would like to reach the director level, 13% of Japanese female professionals said they hoped to do so within three years, while 30% set a seven-year time frame, and 25% said their target was 10 years. 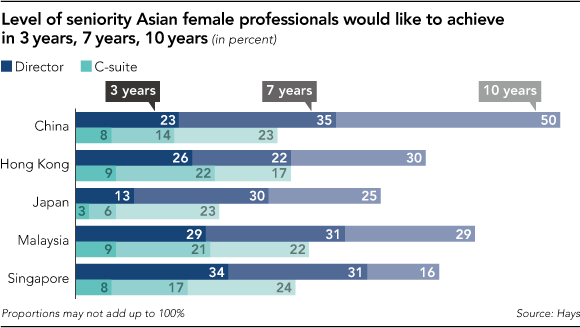 Japanese women are heading back to work in greater numbers after having children. Driven by the need to contribute to stagnant household incomes, and buoyed by a job market hungry for workers, the female labor force participation rate in Japan overtook the U.S. in 2016. But many women who re-enter the job market find themselves stuck in low-level positions for which they are vastly overqualified, according to Marc Burrage, managing director of Hays Japan.

"The assumption is that a female employee with a small child cannot go on a business trip," Burrage said at a news conference on Thursday. Yet often they can, and desire to do so. "Unconscious biases can deprive women of opportunities, and make them lose motivation, because they think there is no hope of advancement," Burrage said

Burrage, who previously worked for Hays in Hong Kong, compared the corporate culture of the two labor markets. "In Hong Kong, there is a dynamic and professional approach to work, influenced by the Western work style. Hong Kong females are encouraged from the moment they enter the company, all the way along, and this installs confidence," he said.

In Japan, by contrast, companies have not been as proactive in creating a work environment that is friendly to women. Although Japan has one of the most generous paternity leave policies among members of the Organization for Economic Cooperation and Development - one year of paid leave -- only 3.2% of working fathers took up the offer in fiscal 2016.

Moreover, 53% of men surveyed by Hays said they did not know their company's policy on paternity leave. "This shows that companies are not necessarily promoting it," Burrage said.

Employees at a Japanese bank take part in a maternity leave seminar.

Companies should know that creating a flexible work environment -- one that combines paternal leave, work from home and temporary career pauses -- helps in retaining talent, Burrage said. In the case of Hays Japan, 59% of the staff, including half of the managers, are women. And the company is enjoying a record year financially, he said.

"Showing that the company cares about women leads to a workforce that is loyal and motivated to perform. It is a good return on investment," Burrage said.