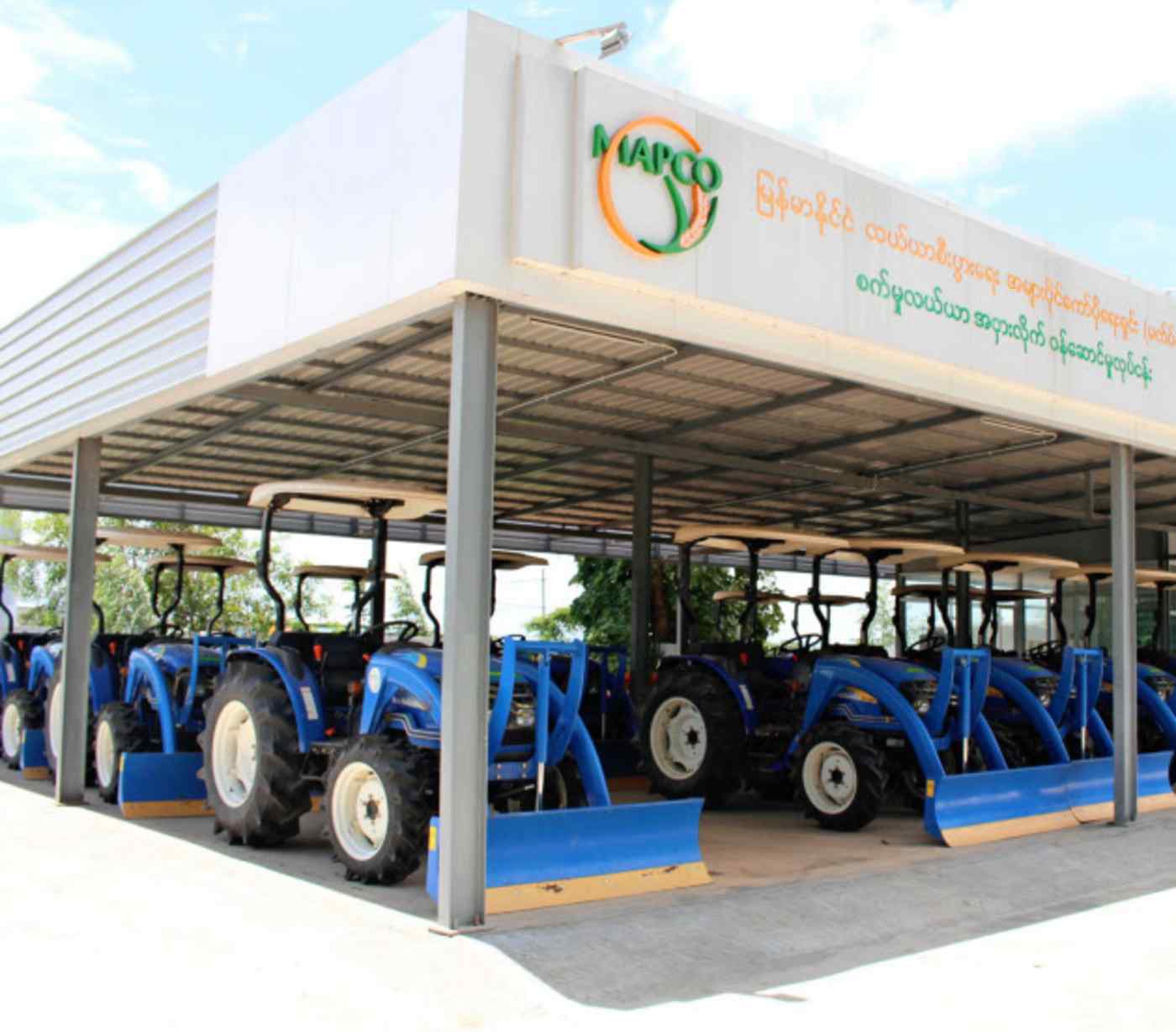 NAYPYITAW -- Myanmar is striving to recapture the glory of its past as the world's No. 1 rice exporter.

The country's drive to climb back up the list of leading rice-exporting countries has been led by Myanmar Agribusiness Public Corp., an agricultural trading company. 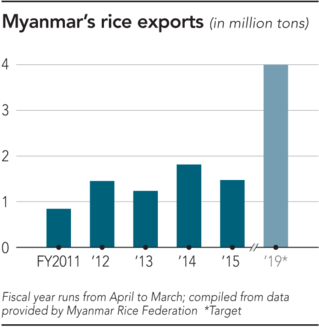 As part of its efforts to pump up the country's rice exports, MAPCO is building state-of-the-art rice-milling plants to improve the quality of rice. The company is also leasing agricultural machines to farmers to help them improve productivity.

Myanmar is working to capitalize on the vast swath of fertile rice producing areas along the Ayeyarwady River which once made the country the world's leading exporter of the main East Asian staple.

In Kyaiklat, a town in the southwestern region of Ayeyarwady, home to the Ayeyarwady Delta, one of the country's largest rice-milling plants is under construction.

The plant will use state-of-the-art technology to mill 450 tons of rice per day. Rice husks are steamed and then dried before milling to reduce the amount of rice grains that are crushed in the process.

MAPCO is spending an estimated $20 million to build the plant, which is described by MAPCO Chairman Chit Khine as "a first step" in Myanmar's quest to become a major player in the global rice market again.

Last summer, MAPCO began operating a rice mill with a daily capacity of 220 tons in Naypyitaw, the nation's capital. The company plans to build up to three to four new rice mills within three years.

A river runs through it

Myanmar is blessed with huge stretches of fertile farmland along the Ayeyarwady River, which runs through the country from north to south.

Due to the region's warm climate, double cropping or even triple cropping is possible in some areas. Not surprisingly, this helped make Myanmar one of the world's top exporters, a position it held from the 1920s through the early 1960s

But the military-led socialist regime that took the reins of power in 1962 tightened state control of agriculture, banning private-sector rice exports. As a result, investment in the agricultural sector dwindled, while the quality and productivity of rice farming in the country declined. By 2015, Myanmar's rice exports were only the sixth largest in the world.

High-tech rice mills are crucial for the country's efforts to become a leading rice exporter again.

In Myanmar, some 30-40% of rice grains are crushed in the milling process, compared with less than 10% in Japan. MAPCO is investing heavily in new rice mills equipped with advanced milling technology to boost the quality of rice for greater competitiveness in the international market.

Chit Khine, a prominent business mogul in the country, has been leading the Eden group of companies, a conglomerate comprising mainly real estate development and tourism businesses.

After serving as the chief of Myanmar Rice Federation, the nation's largest agricultural organization, Chit Khine founded MAPCO in 2012 with the help of the military junta, which ruled the country at the time. MAPCO was designed to serve as the main promoter for the modernization of agriculture in the country.

Over the years, Chit Khine has built personal relations with various political forces. In the 1980s, he was a member of the National League for Democracy, the now ruling pro-democracy party led by Aung San Suu Kyi. He has such close ties with Suu Kyi that he was even regarded as a potential candidate for the minister of agriculture and irrigation in the NLD-led government. 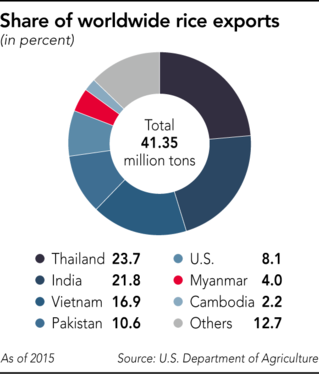 MAPCO has acquired 150,000 sq. meters of land at Thilawa Port, located to the southeast of Yangon, the nation's largest city, with plans to spend some $70 million to construct a new port for exports as early as 2017.

The company is also planning to build a new railway line dedicated to rice transport in Naypyitaw. Chit Khine is confident about receiving financial support from the government for the project.

Also vital for Myanmar's resurgence as a major rice exporter is raising the international competitiveness of the country's rice farming.

Chit Khine points to the need to increase the availability of financing through such measures as extending low-interest loans to farmers. In Myanmar, interest rates on loans by general financial institutions are high, hovering around 13%. This makes it difficult for most farmers in the country to buy agricultural machines and fertilizers.

In response to the situation, MAPCO is supporting rice farmers. Last year, it opened an Agribusiness Service Center in Naypyitaw, which loans about 10 types of farming machines for fees of 10,000-45,000 kyat ($8.5-$38) per acre per month. The Agribusiness Service Center's mission is to help small farmers improve their productivity, according to an official of the center.

To extend its reach, MAPCO is working to open some 20 centers across the nation, where 70% of its 50 million people live in farming villages.