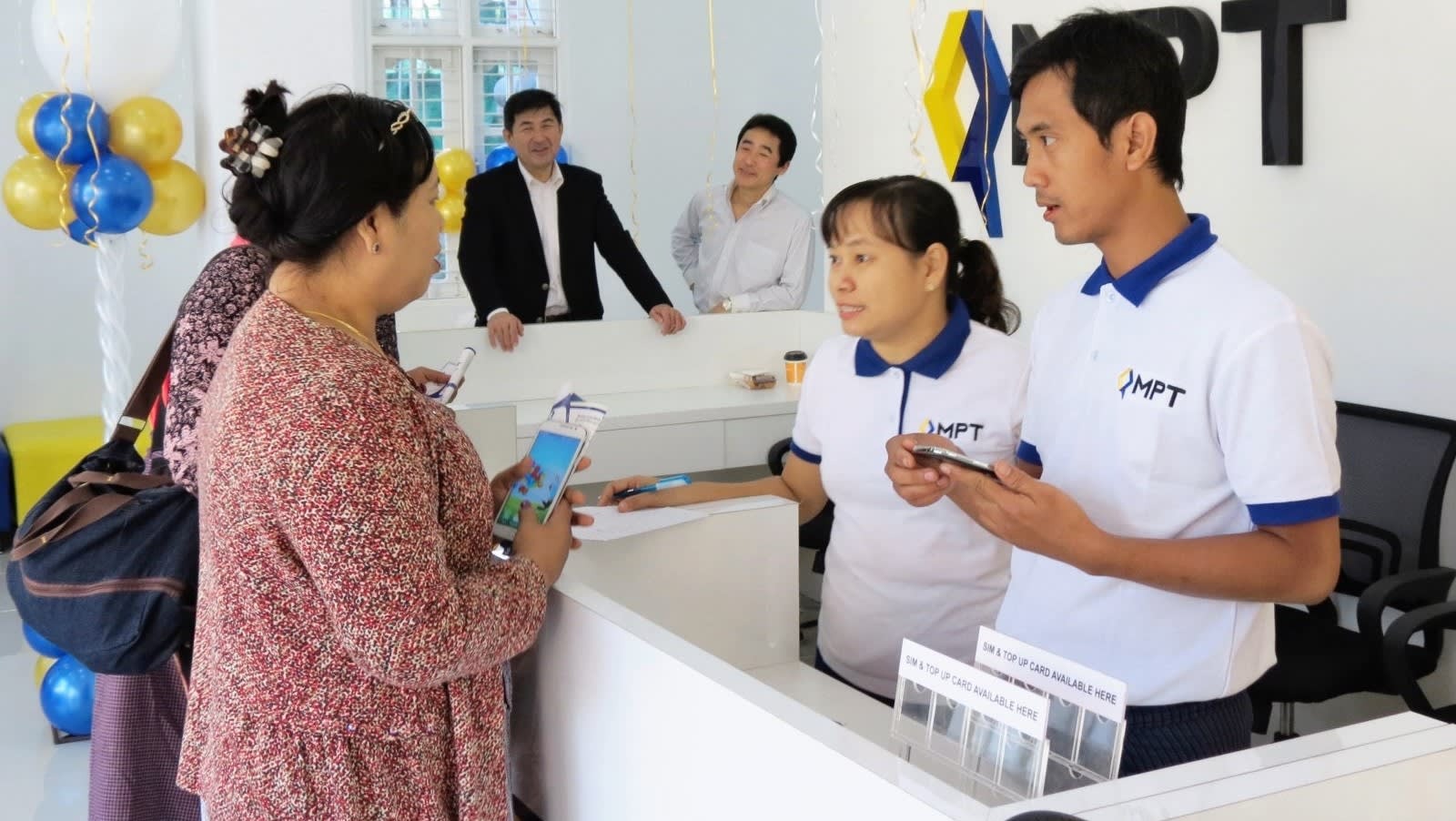 MPT has about 130 stores in Myanmar, including this one in Yangon.
MOTOKAZU MATSUI, Nikkei staff writerOctober 6, 2016 06:15 JST | Japan
CopyCopied

YANGON -- Myanma Posts and Telecommunications plans to have 230 stores by spring 2018, an 80% increase, as Myanmar's largest telecom operator faces tougher competition from the entry of new foreign companies.

MPT's 130 current shops handle repairs and sell SIM cards and smartphones. The company plans about 100 new stores to help push smartphone sales and use of its internet services.

The company last month began selling two smartphone models under its own brand, with prices beginning at 32,000 kyat ($25.2), ranking among the cheapest in the country. MPT plans to release about five new models with large screens by spring 2018.

The company partnered with Japan's KDDI and Sumitomo Corp. in July 2014, and MPT's mobile phone business is jointly operated by the three companies.