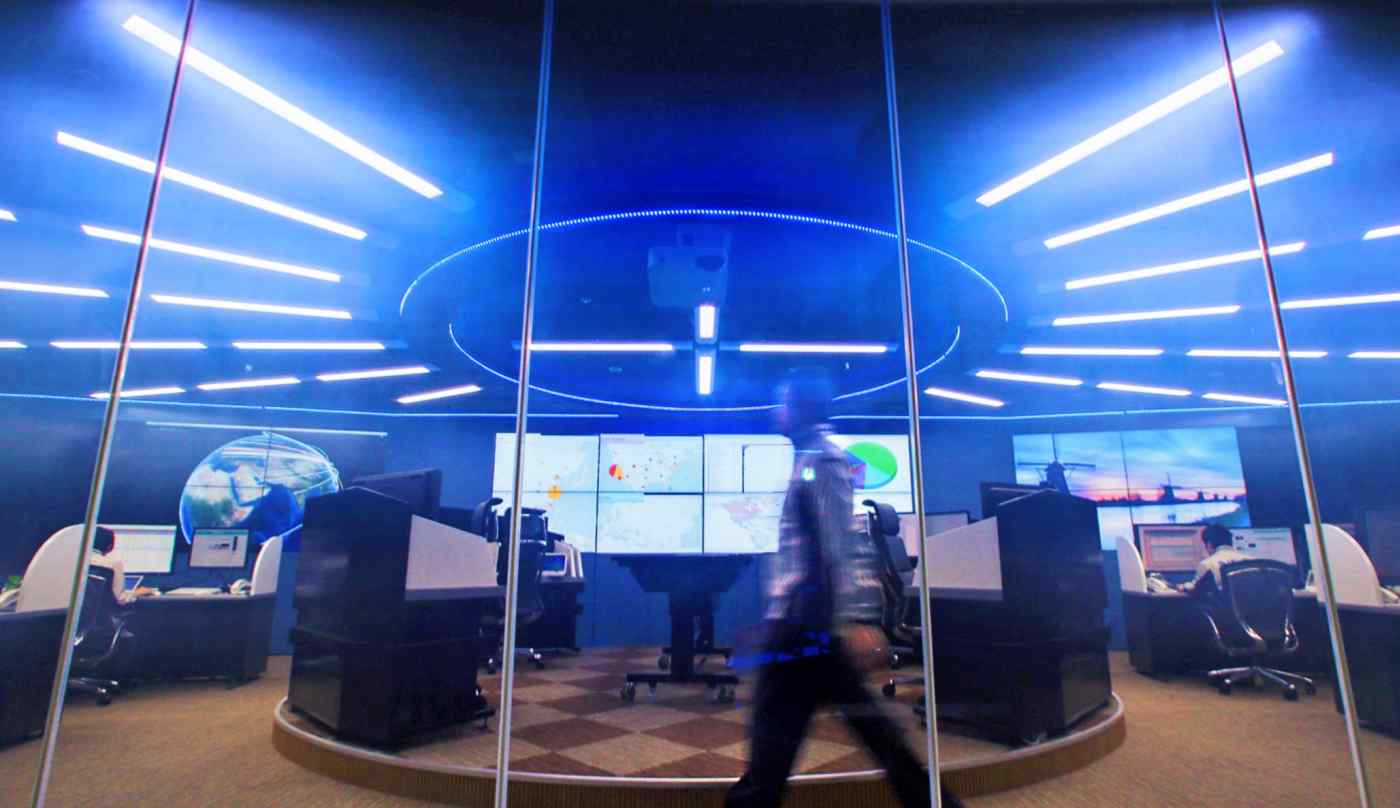 The amount of leaked private information from cyberattacks is on the rise.
May 3, 2017 17:10 JST | Japan
CopyCopied

TOKYO -- NEC and Fujitsu, two of Japan's biggest information technology companies, are each adding cyberdefense services that save time and manpower.

As cyberattacks become more advanced and clever, there is a shortage of technicians able to respond. New technology is making it possible to leave simple tasks to computers and allow only humans to respond to the largest threats. NEC is using AI to cut down the number of warnings that require human action, and Fujitsu will introduce a new technology that can assess the damage of a virus in as little as tens of minutes.

NEC will introduce its AI-supported surveillance service in Europe, Japan and the U.S. The AI will learn how an analyst would grade warnings about the possibility of an attack and remove low-level threats, reducing the number of items for human attention by 30%.

The technology will also use colors and numerical values to express similarities to past threats so that analysts can make quicker judgments. Previously, an analyst would have to analyze the character strings of an attack to determine the threat. The AI technology is said to be able to reduce work times by as much as 90%.

Fujitsu, meanwhile, is developing a technology that can automatically probe a virus' route of entry, determining if it has infected other computers and other damage within tens of minutes. The technology records network conditions and automatically points out changes that are similar to past attacks. Currently, it takes many people and several weeks to assess the damage done by an attack. Fujitsu will begin its surveillance service in June.

To determine the effects of a cyberattack, humans must recover and analyze data from computers and servers. This requires advanced technology and can take several months depending on the number of computers affected. Through automation, even those without specialized knowledge can assess a network's condition within a short period of time.

Companies in Japan have been slow to respond to the threat of cyberattacks, leaving much room for growth in that market. NEC and Fujitsu will use their talent and cutting-edge technology to attract demand from public agencies and private companies. NEC will also consider acquiring a foreign cybersecurity company.

The threat of cyberattacks is increasing every year. In 2016 there were 128.1 billion cyberattacks detected in Japan, 2.4 times the previous year, according to the National Institute of Information and Communications Technology.

More than half the attacks targeted devices connected to the "internet of things." The number and scope of these crimes is rising as basic cyberattack tools can be obtained cheaply.