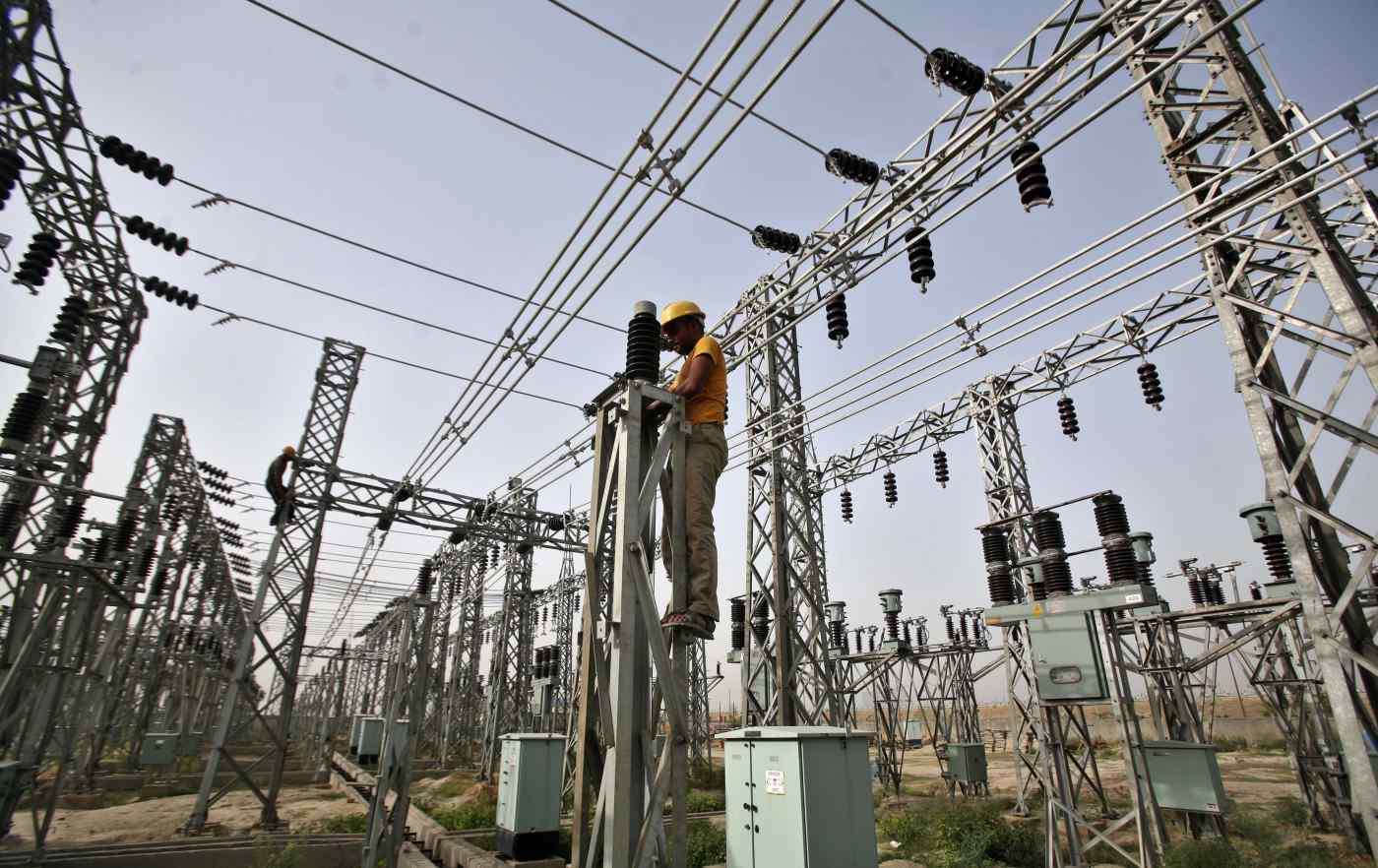 An employee works on electric pylons at a power station on the outskirts of New Delhi.   © Reuters
November 13, 2017 21:41 JST | India
CopyCopied

Consolidated net income fell to 24.39 billion rupees ($373 million) for the quarter ended in September from 24.97 billion rupees a year earlier, the company said in a statement to stock exchanges on Monday. Brokerage ICICI Securities had expected NTPC to report a profit of 23.38 billion rupees. Revenue rose about 2% to 199.61 billion rupees.