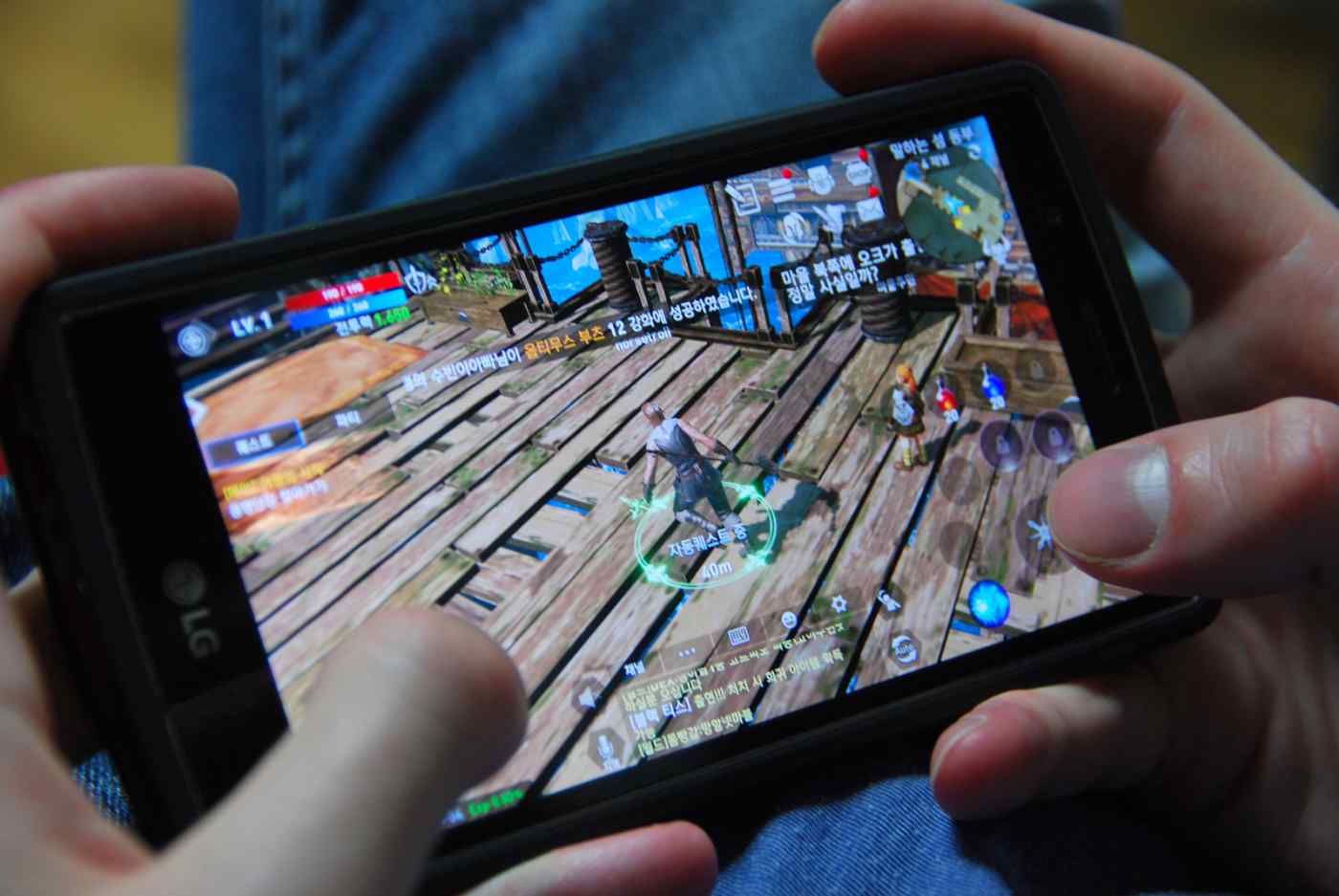 SEOUL -- The listing of Netmarble Games on Friday in the second-biggest initial public offering in South Korea's history caps one of the most storied turnarounds among local startups. Chairman Bang Jun-hyuk, 48, has set his sights on his 17-year-old company becoming one of the world's five biggest gaming companies. The 2.6 trillion won ($2.31 billion) raised last month in the offering, representing 20% of the company's enlarged share base, is to help it get there.

Netmarble's shares climbed as much as 9% in early trade on the Korea Exchange from the offering price of 157,000 won a share. Netmarble is already the world's ninth-largest game publisher, according to App Annie, an analytics company. It has grown from eight employees and a 100 million won seed investment from friends to a company of 3,850 employees, including 2,500 developers, subsidiaries in the U.S. and in Asia, and over 60 mobile game titles. It took in revenue of 1.5 trillion won and reported operating income of 294.7 billion won last year. Management is aiming to raise operating margins this year to at least 30% from 19.7% last year, according to Thomas Kwon, an analyst with Daiwa Capital Markets.

Netmarble achieved average annual sales growth of 104% over the last three years on the back of longer game life cycles, global penetration and smart publishing tactics. The company, which is backed both by Chinese internet company Tencent Holdings and rival South Korean game maker NCsoft, has produced a string of hit role-playing games like "Seven Knights" and "Lineage 2: Revolution." It ranked as the third-largest game publisher globally in gross revenue on both Apple's App Store and Google Play in February and March.

The listing will raise the value of Bang's stake as the company's biggest shareholder to at least 3.2 trillion won. Bang's expressed hope is to see Netmarble's name next to those of the Samsung and Hyundai groups when people think of his country.

He plans to use the IPO proceeds to continue aggressively investing in game developers abroad, after completing five acquisitions last year. That helped the company to generate half its 2016 revenue from overseas, with the U.S. alone accounting for 20.5% of sales and Japan for 10%.

Bang though can be a tough boss who expects his staff to work as hard as he does, but people who know him say his business acumen is sharp.

"He has a very animal instinct as to when to place bets," said Daniel Shin, a former Netmarble employee who is now Korea director for luxury brand MCM. "It's the right time [to IPO] as there's a great momentum in mobile gaming and lots to sell to the investor community."

In 2000, Bang, who did not attend university, launched Netmarble to offer computer versions of classic games like poker and the Korean card game Go-Stop. By the end of 2002, Netmarble had generated 15 billion won in net profit on 27 billion won in revenue and had acquired a backdoor listing on the South Korean stock market.

Within a few years, companies like Yahoo were approaching Bang with offers for his business. In 2004, Bang agreed to sell a controlling stake to the CJ group, which had emerged out of the Samsung empire, for 80 billion won. The company was renamed CJ Internet and delisted.

Bang, however, stood down in 2006, citing unspecified health issues. Under the control of CJ executives with no gaming industry experience, the company took a turn for the worse too. Of 19 games developed between 2007 and 2011, eight were not even published and the other 11 made little market impact. Topping it off, Netmarble lost the license to publish "Sudden Attack," a popular multiplayer shooter game developed by another South Korean company which had been generating a third of Netmarble's revenue.

So in 2011, CJ asked Bang to come back. "Family and friends disapproved of my return, saying, 'Do not get on the sinking boat,'" Bang said in a recent interview with local media. "But I had to go unconditionally. Netmarble is like a child to me. The child was in the intensive care unit and I could not have left his hand."

Netmarble had been slow to embrace the shift to mobile gaming, but Bang's return injected fresh momentum. Rather than focusing on building up the company's internal development team, Bang aggressively made deals to publish mobile games from independent developers.

"That's how Netmarble was able to move very easily into the mobile industry," said Jiyoung Park, founder and former chief executive of rival South Korean gaming company Com2uS. "Developing mobile games internally takes over a year, but he could make publishing deals for 40-50 titles a year." Netmarble also had the advantage of having several "lighter" games which could transition more easily to mobile from desktop than the hardcore 3-D and role-playing games developed by peers such as NCsoft, added Park, now an investor with Bon Angels Venture Partners in Seoul.

"Bang communicated very aggressively with the developers," said Park, who has not worked with Bang herself. "Sometimes he seemed a little unreasonable or too harsh with them but he would make it happen. He was that kind of CEO."

The hard work may have paid off in the company's growth and turnaround, but perhaps to the detriment of staff. Signs reading "please keep quiet" and "focus on work" were common on office walls. Workers complained to local media of hierarchical barriers, demands to work overnight and being underpaid, Netmarble however denies it demanded overnight work or underpaid staff. Spokeswoman Soomin Stella Song said it is one of South Korea's highest-paying game companies.

A series of deaths last year involving young employees has cast a cloud over Netmarble. One worker was found dead in a sauna while another, who had quit after being harshly reprimanded and suspended, detailed his grievances in a suicide message before leaping to his death from the company's office building. Netmarble's Song called the deaths "unfortunate" and said they were not related to the company or its working conditions."

"They have a strict discipline: Be on time, deliver what you promised, no compromise," Shin said. "That culture still continues."

Netmarble's militaristic work ethic has its fans. "The inherent nature of the work at game companies makes it difficult to evaluate each employee's progress," said Lee Won-hyung, president of the Korean Society for Computer Game. "So if each [staffer] works with an owner's mindset, progress could be boosted exponentially."

In February, however, the company made moves to "amend its negative work culture" by granting compensatory leave for overtime work and banning overnight work. Netmarble's Song said that conditions have generally improved since the company emerged from its operating crisis in 2013 and that it is now "revving up hiring to ease the workload."