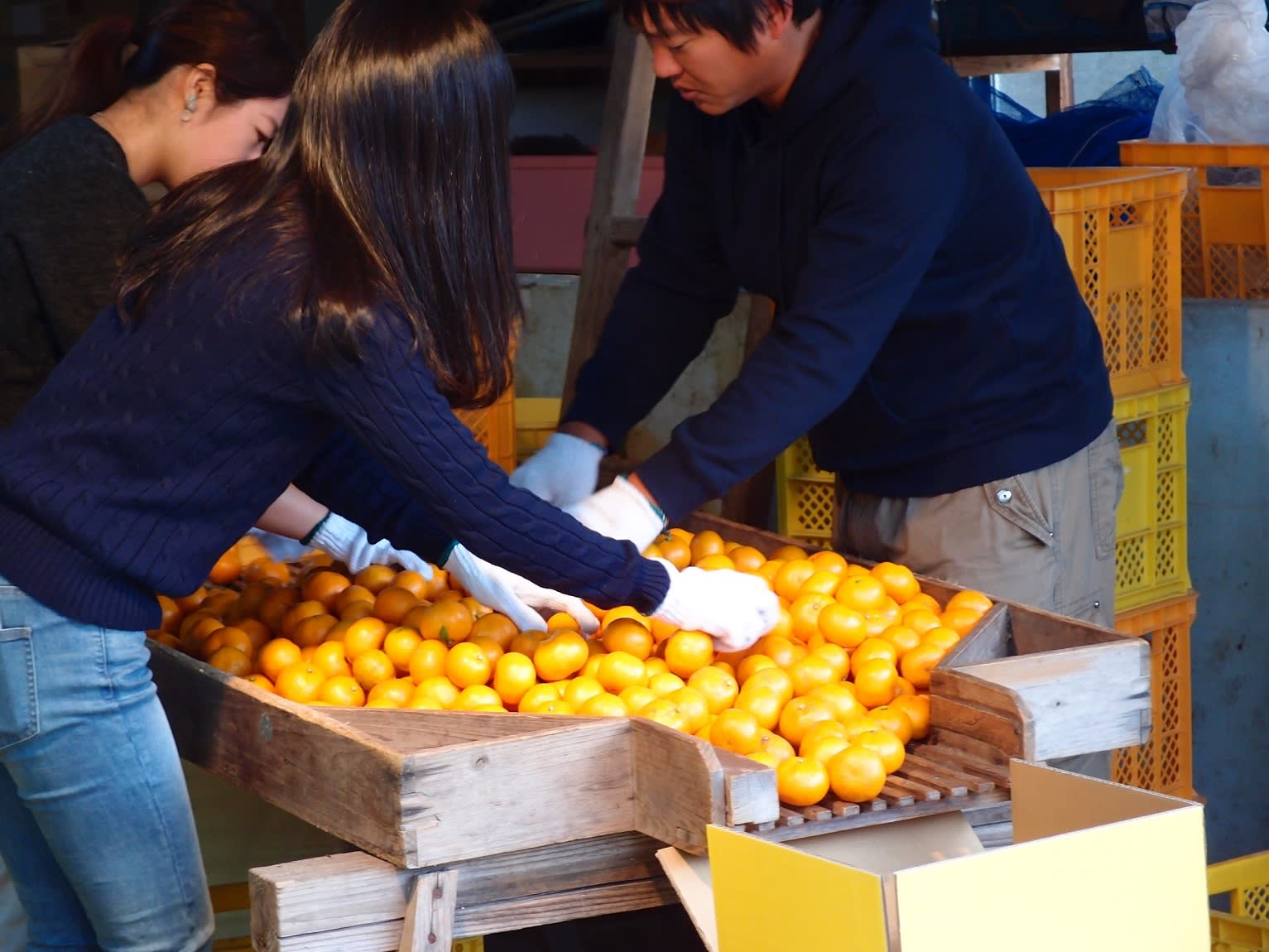 Tourists who stay on the Takagaki's farm can pitch in if they feel like it by picking lemons and oranges or sorting the fruit into boxes.
HIROKI OBAYASHI, Nikkei staff writerNovember 19, 2017 14:00 JST | Japan
CopyCopied

TOKYO -- Forgive Japan's travel agencies if they suddenly feel like a rope; there's a tug of war going on in their industry that has them torn.

They want to stay loyal to their hotel partners, who have put a lot of money in their pockets over the decades. But there is so much action in the home-sharing market right now that it could help travel agencies out of a business rut.

If only they could find the right niche. JTB thinks it might have done just that earlier this fall when it partnered with Hyakusenrenma, a home-sharing startup. Perhaps it's niche enough that JTB's hotel partners won't feel too threatened. And perhaps it is unique enough that JTB can start offering package tours to places like ...

Mirai Noen, a family-run farm with a 100-year history in Tanabe, Wakayama Prefecture, south of Osaka. 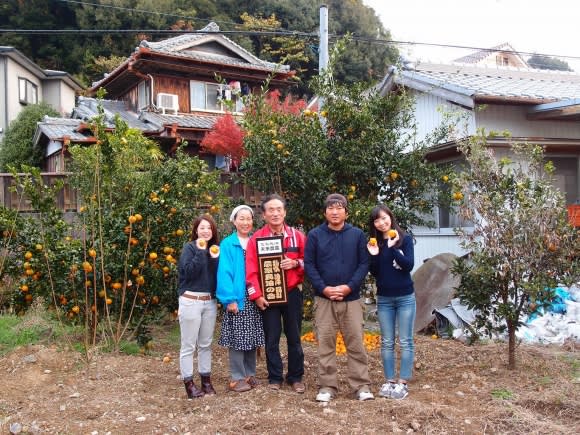 The Takagaki family welcomes tourists to share their farmhouse in Wakayama Prefecture, south of Osaka.

A foreign tourist who stayed with the Takagaki family a month or so ago came away with an experience that probably no hotelier could match.

She was welcomed with some guitar playing at dinner. The next day, she got to go along for the ride to pick up the host's granddaughter from kindergarten, picked some lemons and oranges, went ocean fishing (and caught two fish), got to soak in the local hot spring and was made to feel like she had become part of the family. The Takagakis like to cook, and one tourist who stayed with them recently raved that they made her feel like part of the family when they sat down together for dinner.

It is easy to see the allure of home-sharing. Called minpaku in Japanese, it has grown to the point that it has been targeted by legislation. Come June, regulations will take effect that are expected to help Japanese homeowners who use sites like Airbnb of the U.S. emerge from a legal gray zone. 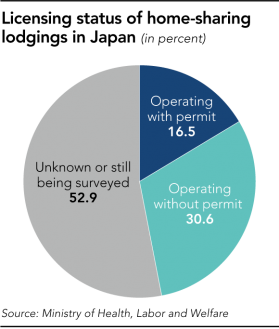 It is also easy to see why hotel operators might worry. Since JTB announced its partnership with Hyakusenrenma in September, it has sent representatives to thousands of its contract hotels around Japan. "We do not intend to be a home-lodging developer," the representatives tell hoteliers. "We aim to help boost local economies."

Through the tie-up, JTB has gained access to more than 800 "legally permitted" private lodgings listed on Hyakusenrenma's Stay Japan website. These lodgings are now on display at Japanican.com, JTB's accommodation and excursion website for overseas tourists.

In return, JTB will help train hosts trying to turn old abandoned Japanese-style homes into tourist accommodations. It will also lend its advertising expertise and share its local government contacts with Hyakusenrenma.

Under the current hotel business law, anyone who wants to regularly rent out a private home to tourists is required to obtain either permission to operate as a "simple accommodation," as defined by the law, or get authorization to operate in government-designated special strategic zones, such as Tokyo's Ota Ward.

Getting either can be difficult. To operate as a simple accommodation, a homeowner has to set aside a minimum amount of floor space. To operate in a strategic zone, hosts have to guarantee that they will have guests for a minimum number of nights. There are other requirements as well.

As a result, many homeowners don't bother to obtain permission and list on minpaku sites, anyway.

The law that takes effect in June, though, lowers the hurdles while also safeguarding the hotel industry by limiting the number of nights homeowners may take in guests.

The new framework has already lured shopping giant Rakuten as well as other big e-commerce players.

JTB was looking to jump into the game, too, but in a way that would allow it to win the understanding of the hotel operators with whom it has long symbiotic relationships.

Hyakusenrenma proved an ideal ally. Yasuhiro Kamiyama, president of Hyakusenrenma, has been advocating the importance of complying with the rules. Its booking site provides only lodgings licensed under the current system.

In June, the number of minpaku listings is expected to swell, and competition between and among all the Airbnb knockoffs and conventional hotels and inns will intensify. Amid this, Hyakusenrenma thinks its unique lineup of traditional homes will help it stand out. And it will have JTB at its side. Hyakusenrenma appears to be particularly keen to discover abandoned houses in farming and fishing villages that currently lack tourist accommodations. JTB, meanwhile, will provide package tours featuring these lodgings.

In doing so, JTB hopes to help the country deal with its growing inventory of abandoned homes.

The startup's potential is also attracting other travel companies. ANA Sales, an ANA Holdings unit, has begun selling air and lodging packages featuring Hyakusenrenma listings. Nokyo Tourist, a unit of an agricultural cooperative that specializes in agri-tourism, has arranged to list lodgings at its partner farms on Hyakusenrenma.

Meanwhile, ANA Holdings has become the first Japanese airline group to collaborate with Airbnb. All Nippon Airways' mileage-club members will be able to obtain miles by booking Airbnb-registered accommodations through a special joint website.

Established travel agencies can no longer ignore the promising home-sharing market. The industry is sure to see some fierce battles ahead, and unique experiences might be what separates the winners from the losers.