HONG KONG -- Hong Kong-based developer New World Development will refocus on primary cities in China, moving away from second- and third-tier ones, its chairman says.

Tightening measures were rolled out to tame runaway prices of homes and land sites that were seen in regional hubs like Wuhan and Zhengzhou in central China in late December, as well as large metropolises like Shanghai. However, inventories still piled up in some lower-tier cities. 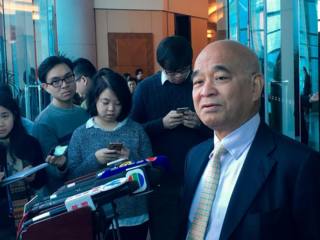 On whether the group would accelerate mainland investment due to the weaker yuan, Cheng said that would depend on the pace of depreciation. Prolonged currency depreciation will increase the cost for long-term investors like New World. "You'll need a balance point for the currency to stabilize," he said, speaking before the company's shareholders' meeting on Thursday.

Commenting on HNA's record-setting deals, Cheng said, "I don't get it." He said the group had a "cautious" strategy in land acquisition that would depend on demand and the economy. Despite the impact of new cooling measures and a steeper U.S. interest rate cycle on home buyers, he expects the domestic market to stabilize in 2017.

There are also political headwinds for the group as the election for Hong Kong's next leader looms near. In 2012, Cheng initially supported former Chief Secretary Henry Tang Ying-yen but abruptly switched to Leung Chun-ying, who emerged the eventual winner.

In late March, Hong Kong's chief executive will be handpicked by a 1,200-strong election committee largely dominated by pro-Beijing loyalists and businessmen. Cheng and members of his family-controlled businesses are estimated to have secured eight votes in the committee.

Asked about his preference for potential candidates, who include two high-ranking officials, a retired judge and a lawmaker, Cheng was careful of his words. "I don't second-guess anything."