BANGALORE, India -- Following the departure of Infosys' managing director and chief executive Vishal Sikka this week, the reconstituted board of the Indian software major has set up a committee to identify its next chief executive and revamp its governance structure, the company said at a press conference on Friday.

After its board meeting on Friday, newly elected Chairman Nandan Nilekani said the company had also set up a committee of directors to work with the CEO and management to review and refresh the company's strategy. 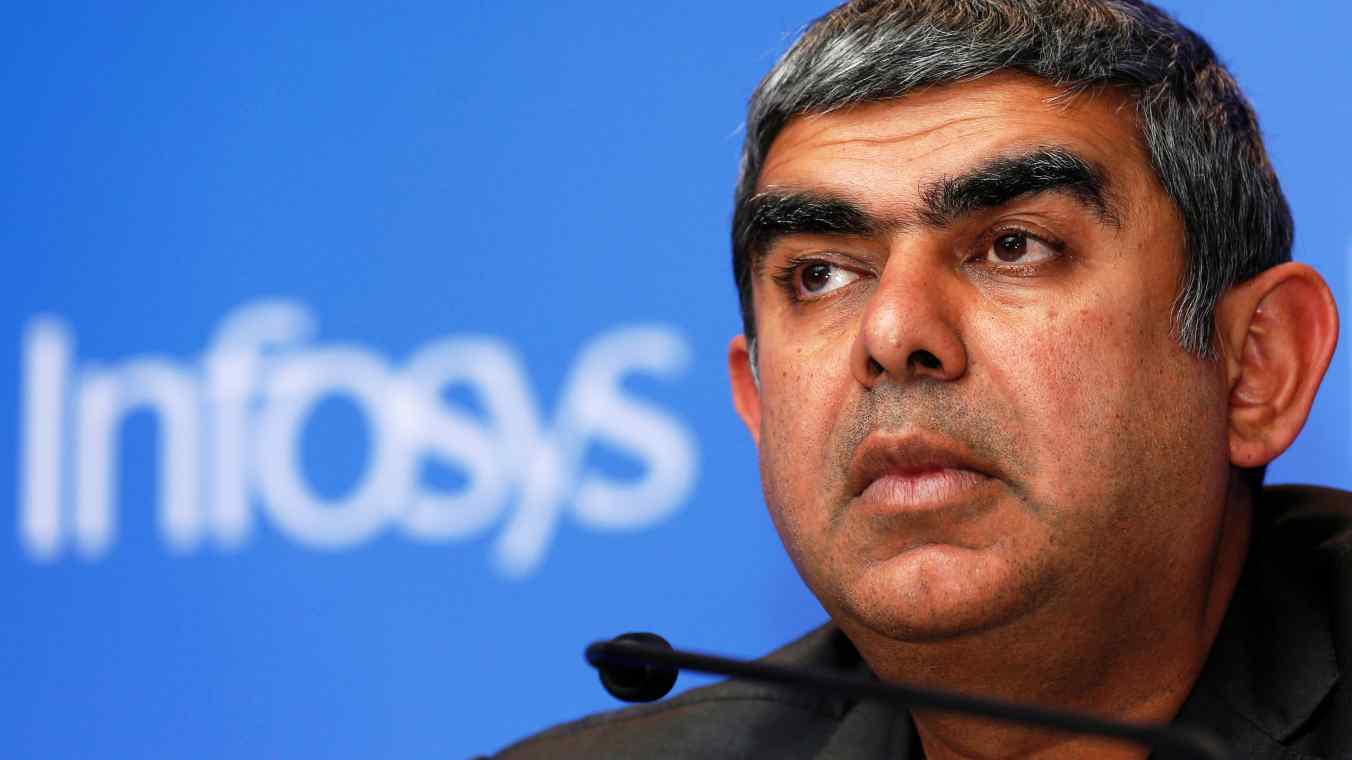 The board's nomination and remuneration committee will also look into the governance structure of the board and a long-term strategy for the company will be in place by October, he said.

Nilekani said the next CEO would be selected from internal and external candidates, including Infosys alumni. The board has appointed recruitment-firm Egon Zehnder to work with the nomination and remuneration committee.

Nilekani said the board-level transition process was complete after two meetings held on Thursday and Friday. He said he had personally spoken to top executives as well as investors to ensure opinion was aligned. Nilekani, who served as Infosys CEO from 2002 to 2007, said his tenure was not yet decided, but that he would stay on for as long as necessary.

On Thursday Infosys named Nilekani, one of its founders and former heads, as the non-executive chairman of the company after CEO Sikka stepped down amid a prolonged tussle between the company's founders and its board.

Sikka, who was appointed in August 2014, resigned saying he was tired of "constantly defending against unrelenting, baseless, malicious and increasingly personal attacks." In his resignation, Sikka cited a "continuous stream of distractions and disruptions" over recent months as the reason for his resignation.

Over the past six months, founder and former chairman Narayana Murthy has publicly criticized the Infosys board for falling corporate governance standards. He had criticized the board's generous severance package to former chief financial officer Rajiv Bansal and questioned whether Infosys had overpaid when it bought Israeli software company Panaya in 2015 for $200 million.

The friction between the founders and the board surfaced in February last year when the board approved a 55% pay hike to Sikka, taking his annual remuneration to $11 million. The company had defended the move saying that the remuneration package of senior management had been approved overwhelmingly by shareholders.

Attempts to resolve the feud has "unfortunately not been successful," said the board in a press statement on Aug. 18. In an email sent early this month which was reported in the media, Murthy said that some members of the board felt that "Sikka is not CEO material but [chief technology officer] material."

According to a June 2017 forecast by the National Association of Software and Services Companies, growth of the Indian software services industry is expected to slow down on account of both technological change and political uncertainties, including tightening immigration rules in the U.S. and Britain's vote to leave the European Union.

Nilekani said his top priority would be to stabilize the company by talking to all the stakeholders. Addressing the friction between the board and founders, he said the company would not be run "based on comments on Twitter and television." Nilekani reiterated that he joined Infosys to represent "100%" of the stakeholders and the board did not wish to cause Murthy any anguish or distress.

Even though the company said on Aug. 18 that it had "thoroughly investigated all anonymous allegations and concluded that no wrongdoing occurred," Nilekani said he would personally look into the allegations to decide on an appropriate course of action.

Nilekani said that the board would meanwhile engage in broad-based shareholder consultation to determine what can be done to ensure the company continues to adhere to high governance standards.

Following Sikka's resignation, the Infosys share price fell sharply, wiping nearly $3.5 billion off the company's market capitalization, but has bounced back following the news that Nilekani was taking charge.

Prior to its reconstitution, the Infosys board had 11 members, with Sikka and chief operating officer U.B. Pravin Rao as executive directors and nine independent directors.