Nikkei Asia300 Index up 31% in first year from launch 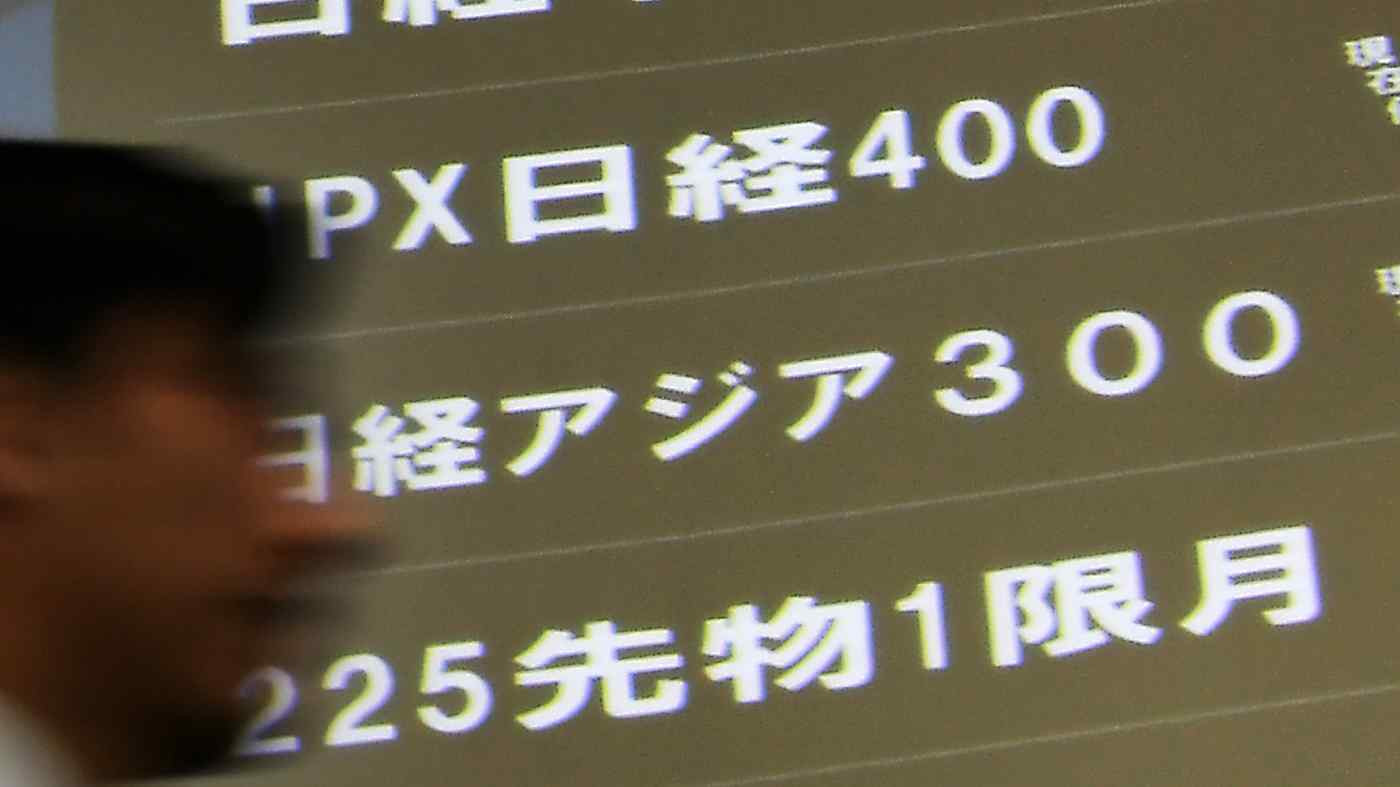 TOKYO -- The Nikkei Asia300 Index rose 31% in the first years since its launch on Dec. 1, 2016, buoyed by fast-growing Asian companies that are aggressively adopting information technologies, and by a surging health care sector.

The index is calculated based on the share prices converted into U.S. dollars of the 300-plus publicly traded listings of 11 Asian economies, excluding Japan.

In Asia, market capitalization has been on the upswing for companies riding demand for an increasingly digitized lifestyle facilitated by the spread of smartphones and online marketplaces. Stock markets have also richly rewarded those making forays into health care and other promising fields.

The market capitalization of China's BOE Technology Group, which has emerged as a global leader in liquid crystal display panels, has more than doubled in the past year. The company is looking to increase shipments of LCD panels for smartphones and personal computers, and has begun commercial production of organic light-emitting diode, or OLED, panels ahead of Japanese makers.

In its rush to expand, BOE has entered the field of smart grid systems and has acquired a hospital and a medical venture. It has set a goal of increasing sales for the year ending December 2020 by over two and half times from four years ago.

The market capitalization of the major Chinese insurer Ping An Insurance Group has almost doubled as well. The company's growth is driven by the proliferation of information technology and growing awareness of health issues. Its Ping An Good Doctor smartphone app allows users to consult with doctors and make hospital appointments online.

The service has about 180 million registered users, and receives about 400,000 consultation requests a day.

The group's Ping An Technology, an advanced fintech company, focuses on big data analytics and research on artificial intelligence. Hopes are high that advances in the analysis of data on individual health conditions and credit information will contribute to existing businesses -- by calculating premiums, for instance.

Companies outside China are also riding the expansion of IT and healthcare markets.

Malaysia's rubber-glove manufacturing company, Hartalega Holdings, which meets synthetic rubber demand from hospitals and other clients, has also been well-rewarded.

Similarly, the market capitalization of Adani Enterprises, the core of India's Adani Group conglomerate, has more than doubled.

In June, the group announced a plan to invest in the development of what will be one of the world's largest coal mines, in eastern Australia. Although the total investment is expected to top 1 trillion yen ($8.9 billion), the stock market applauded the company's ambitious move to respond to surging electricity demand.

On the other hand, market capitalization fell for companies facing intensified price competition and shrinking markets.

The Nikkei Asia300 also releases country- and region-specific indexes, which mirror economic and corporate trends in each area, revealing sharp increases in South Korea and China.

As of Nov. 29, the South Korea Index had jumped 48% from Dec. 1, 2016, led by companies that have semiconductors as their key products.

Samsung Electronics shattered its previous record operating profit at its flagship semiconductor division for the fourth consecutive quarter through the July-September period.

The company will respond to concerns over memory supply shortage, beefing up its OLED panel business for smartphones. Its capital investment spending for fiscal 2017 is expected to reach a record high.

The consolidated operating profit of SK Hynix hit a record for three quarters in a row, thanks to robust demand for DRAM as well as NAND flash memory used in smartphones and data centers.

There are concerns, however, about the sustainability of the strong performance of the Asia300 Index, due to its heavy exposure to the semiconductor market.

The China Index was 39% higher as of Nov. 29. The market capitalization of China Petroleum & Chemical (Sinopec), one of the country's three major state-owned oil companies, and that of other companies, has been buoyed by the global economic expansion and the recovery in oil prices stemming from output cuts in oil-producing countries.

Sinopec's cost-saving efforts have contributed to the improvement of its profitability, while shale gas production in the southwestern city of Chongqing remains stable.

Telecommunications equipment giant ZTE is one of China's companies that has benefited from advances in communications infrastructure development undertaken by state-owned telecom giants. ZTE forecasts a net profit for the year ending December 2017, as it caters to demand spurred by investment in the fourth-generation (4G) networks.

The ASEAN Index, which comprises companies in the six countries of the Association of Southeast Asian Nations, underperformed the South Korea and China indexes. However, Hartmut Issel of UBS Wealth Management said Indonesia and Thailand warrant particular attention.

Important elections are scheduled in 2018 and 2019 in these countries, he noted, with the possibility that their governments could introduce policies to spur consumer demand, driving up stock prices.