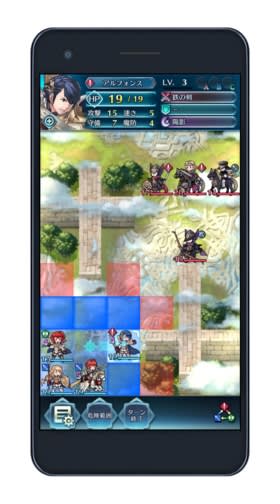 The smartphone entry in the popular "Fire Emblem" series of tactical role-playing games will be free to play while also offering in-game items for purchase.

Nintendo made its first foray into smartphones with "Super Mario Run" in December. That title is also free to play, with extra levels available for a lump sum. "Fire Emblem Heroes" will have in-app purchases -- the so-called gacha mechanism widely adopted in Japan and elsewhere.

Items called orbs summon characters to help in battles. The orbs are awarded after battles but can also be bought during play.

The late Nintendo President Satoru Iwata was originally dismissive of gacha-style in-app purchases as a monetization scheme. But after the company indicated that it would venture into smartphone games, Iwata grew more flexible and said the entire concept of item purchases would not be ruled out.

Slow to acknowledge the market for smartphone games, Nintendo now seems to be trying to figure out how best to monetize them.

"Super Mario Run" has taken criticism for the dearth of actual gameplay in its free-to-play portion.

With "Fire Emblem Heroes," Nintendo is trying out a different form of monetization that can be highly lucrative but also plunge players into serious debt. The game is for ages 13 and over, and for minors the company has introduced a means of capping purchases at 12,000 yen ($104) a month.

Nintendo plans to release five or so smartphone titles though the end of March, each with a different business model, according to current President Tatsumi Kimishima.

This suggests that a variety of monetization schemes will be tried.