After tug-of-war with Renault, Nissan holds firm on Japanese CEO 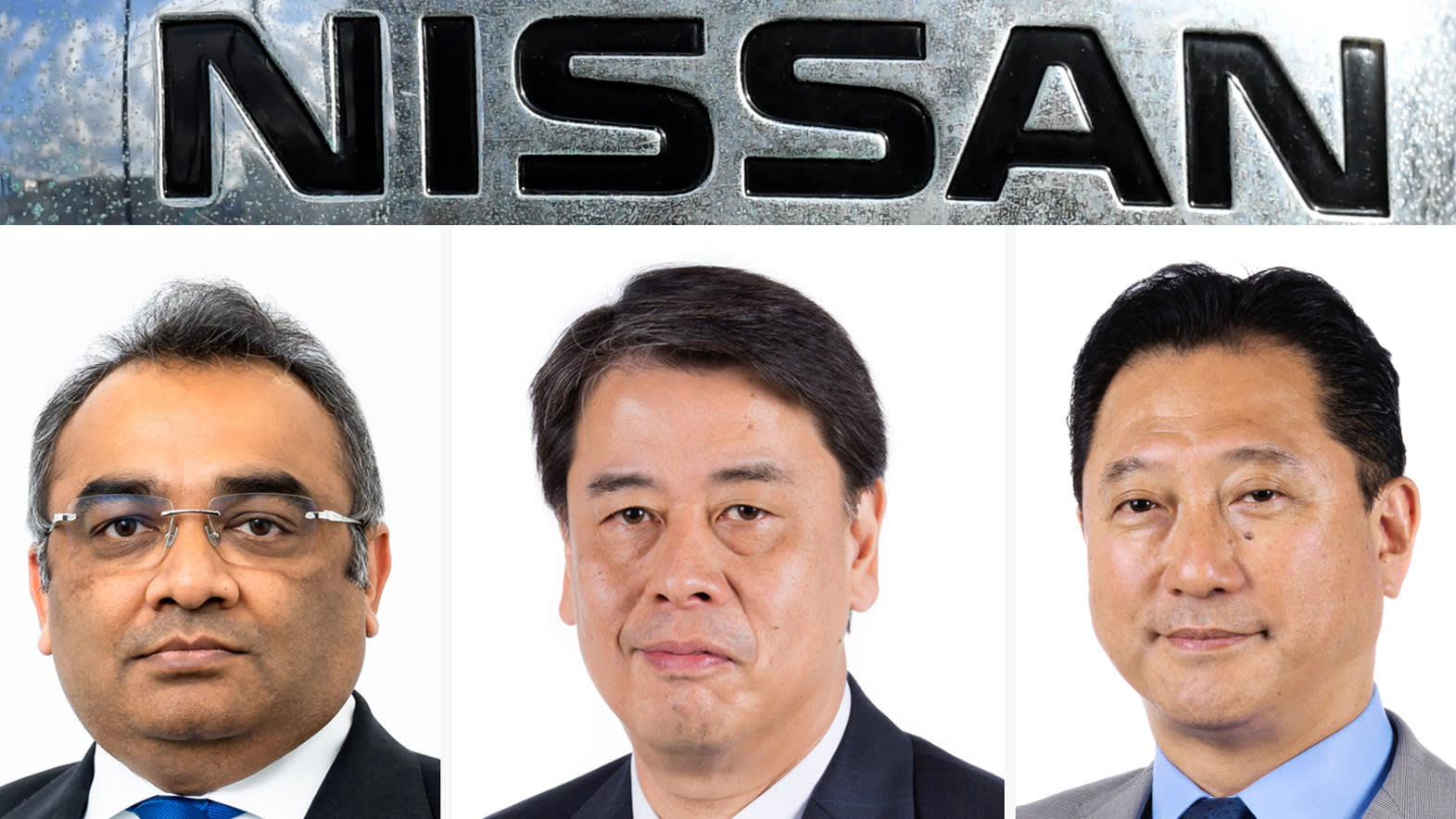 TOKYO -- After losing two chief executives to scandals in the past year, Nissan Motor has selected a pragmatist with a wealth of international experience as its next CEO.

Utilizing his fluency in English acquired while growing up in Malaysia, Uchida climbed the ranks at Nissan handling joint purchasing with French alliance partner Renault. He went on to run Nissan's business in South Korea and China.

Masakazu Toyoda, who heads Nissan's nominating committee, cited this experience when asked why the 53-year-old Uchida was chosen.

"He's shown the will to speed up decision-making and to delegate as much power as possible," Toyoda said, referring to the view that excessive concentration of power at the top led to Ghosn's downfall on financial misconduct allegations.

The decision was unanimous, Toyoda said, that Uchida was the appropriate leader to navigate the ship during such a difficult period.

Though the final vote may have been unanimous, alliance partners Nissan and Renault underwent a fierce tug of war during the process.

Nissan's nominating committee began the search for the automaker's next leader immediately after the panel was formed in June. It initially compiled a list of about 100 candidates, including figures such as Suntory Holdings President Takeshi Niinami.

The list was whittled to about 10 names around the time of Hiroto Saikawa's resignation as CEO on Sept. 16, and to three at the end of that month. The final names were Uchida; Ashwani Gupta, the chief operating officer of alliance partner Mitsubishi Motors; and Jun Seki, Nissan's senior vice president, who once headed the automaker's China operations.

Renault Chairman Jean-Dominique Senard, who sits on Nissan's nominating committee, recommended the 49-year-old Gupta, who had moved from Nissan to Mitsubishi in April and made an immediate impression by delivering a speech in fluent Japanese to 2,000 new colleagues. But Toyoda and other members advocated for Japanese leadership.

Born in northern India, Gupta wanted to become a doctor when he was young, but graduated from a local technical university at his mother's urging.

He entered the auto sector as an engineer and spent 10 years at Honda Motor as a manager. After joining Renault India in 2006, he absorbed experience in multiple aspects of the three-way automotive alliance.

A pedestrian walks past a Nissan car gallery in Tokyo. The Japanese automaker named the head of its China business, Makoto Uchida, to be its new CEO.   © AP

Under the Ghosn years, meetings were all about numbers, the executive said. But Gupta often vowed two things at his meetings: that they never would be used as a blame game, and that it was important to separate facts and hopes.

Gupta also would say it was his job as COO to piece together the facts in front of him and form a strategy. Mitsubishi employees like him for giving clear and specific orders.

As recently as Tuesday morning, Nissan and Renault had yet to reach an accord over whether Uchida or Gupta should lead the Japanese automaker. But then a proposal for Uchida as CEO and Gupta as COO finally emerged, and Nissan's board approved it unanimously that evening. Seki, the new vice chief operating officer, rounds out the leadership team.

Uchida's appointment comes well before the end-of-October deadline set after Saikawa's resignation. With Nissan's earnings plummeting, both the company and Renault saw a need to fill the power vacuum quickly.

Nissan's operating profit for the April-June quarter plunged 99% on the year to 1.6 billion yen ($15 million), barely out of the red.

The choice of Uchida and Seki, both with experience running the China business, reflects the emphasis on the world's largest auto market.

The expansion of Nissan's electric vehicle lineup in China is considered Uchida's biggest achievement in the post.

China this year began requiring automakers to meet production and sales quotas for so-called new-energy vehicles, including electrics and plug-in hybrids. The Japanese automaker launched its first Chinese Nissan-brand electric car last year and rolled out three more models in the spring under its local Venucia brand. Uchida has stressed that the automaker can comply fully with the new regulations.

Nissan's performance in China remains solid even as the country's auto market slumps.

Uchida also is known to value rational thinking. One time, when he learned that subordinates were spending too much time writing up reports, he told them simply to send emails instead.

"He's a quick thinker and always sticks to the point," a Nissan employee said.

Unlike Ghosn, Uchida is said to prefer to stay behind the scenes rather than take center stage. But some at Nissan say Uchida shows little emotion, similar to Saikawa.

At a time when the company needs a little boost to morale and unity under the new leader, Uchida may have to step out of his comfort zone and rally his troops.