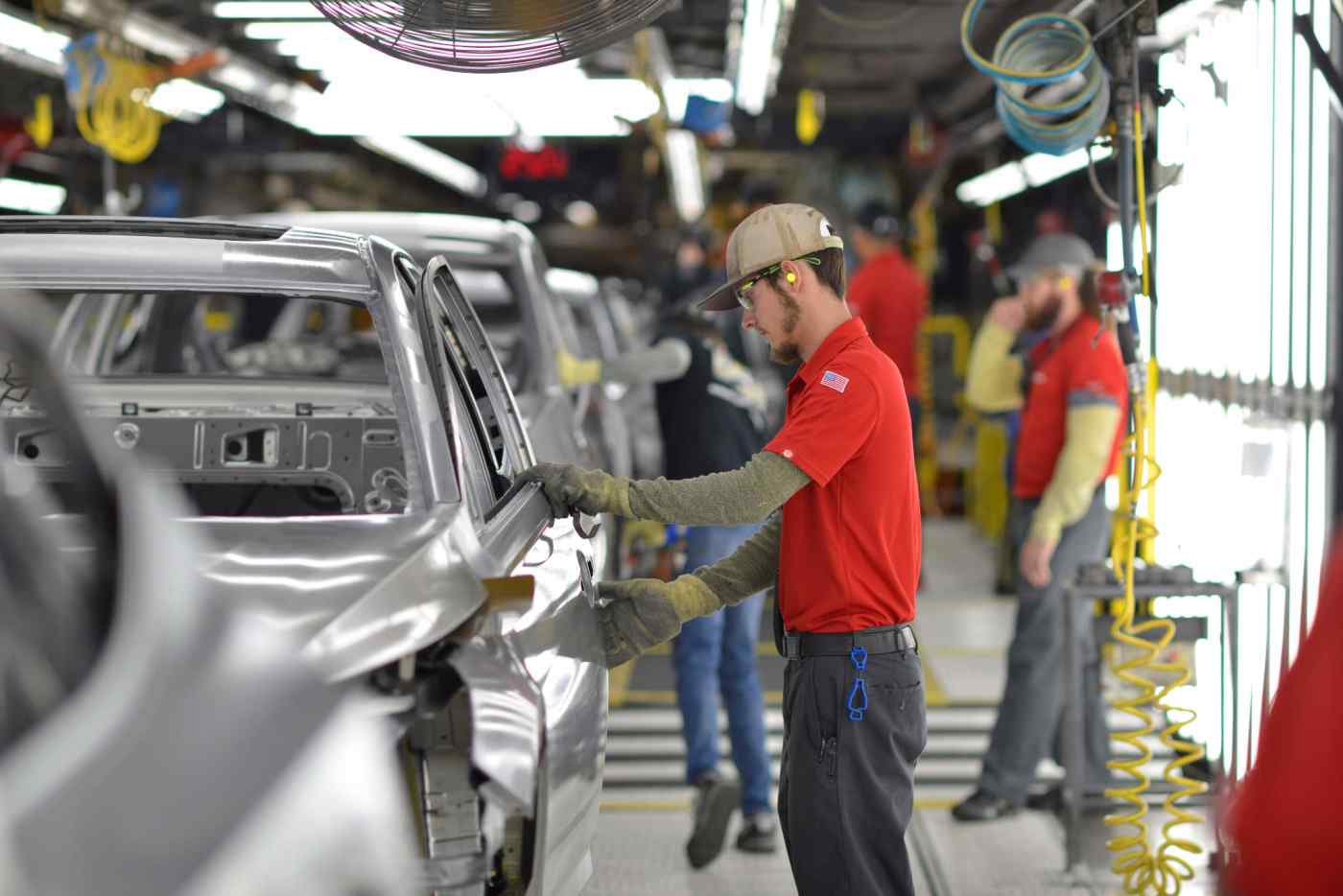 TOKYO -- Nissan Motor plans to cut 12,500 jobs, or about 10% of its global workforce, by the end of March 2023, the Japanese automaker said Thursday as it seeks to bring production in line with falling sales.

The planned reductions are more than double the job losses that the company announced in May.

Nissan will eliminate 6,400 people from its workforce by the end of this fiscal year. Cuts will be made in India, the U.S. and Mexico, while in Japan, reduced hiring of temporary workers will eliminate 800 jobs.

"We have already begun stopping production lines and making job cuts at eight of our operation points," CEO Hiroto Saikawa told an earnings conference at which Nissan announced a 99% drop in first-quarter operating profit. "We are looking at six additional locations."

While other major automakers are also restructuring their operations -- notably Ford Motor in China -- Nissan's move represents a reversal of the expansion led by former chief Carlos Ghosn.

Nissan will cut capacity by 600,000 vehicles at the 14 plants, mostly in emerging nations, through fiscal 2022. The reductions will bring the automaker's global capacity to 6.6 million vehicles a year, closer to the roughly 5.5 million vehicles sold last fiscal year.

Factory utilization is forecast to rise to 86% in fiscal 2022 from 69% in fiscal 2018, according to Nissan. Some overseas plants will be shut down entirely.

Under Ghosn, who led Nissan as part of one of the world's biggest automaker alliances, the company built up production in the Americas, Southeast Asia and other markets. In 2017, Nissan and alliance partners Renault of France and Mitsubishi Motors announced a global sales target of 14 million vehicles for 2022, a gain of about 40% over the previous year.

But weak sales in North America and emerging markets have turned this added capacity into a financial burden.

Nissan now seeks to cut 300 billion yen ($2.77 billion) in fixed costs by reorganizing and focusing its operations. The goal for fiscal 2022 is to raise operating profit to 870 billion yen, a figure that includes 180 billion yen attributable to growth.

"We will endeavor to restore earnings in two years," said Saikawa. Nissan CEO Hiroto Saikawa tells the media about the company's turnaround plan in Yokohama on July 25. (Photo by Kei Higuchi)

Saikawa said the job cuts and closures will focus on unprofitable overseas factory lines, especially those that were created or expanded during Ghosn's "Power 88" investment strategy. This business plan was announced in 2011, as the former chairman sought to increase the company's global market share.

"Factories that have been producing compact, small vehicles, like the Datsun brand," will be included in the reductions, Saikawa said.

Global sales for Datsun, which Nissan revived as brand for Asian and other emerging markets, fell about 10% in 2018, according to Marklines, a Tokyo-based industry data provider.

During Thursday's briefing, Saikawa downplayed the reductions. "Although we are cutting 12,500 jobs," he said, "globally our workforce is 10 times that."

In May, Nissan had revealed a plan to jettison 4,800 jobs. But a serious slump in sales, especially in the crucial U.S. market, has convinced management that deeper cuts are necessary to spark a turnaround.

The company on Thursday lowered its sales outlook for the year ending March 2023 to 14.5 trillion yen, 2 trillion yen less than in the initial plan. Saikawa said the automaker will be able to reach this goal by "producing 6 million cars, which will lead to a profit margin around 6%." That margin was also revised downward from 8%.

Nissan's chief pointed to lingering challenges such as restoring the company's brand. In recent years, the automaker has leaned heavily on sales incentives in the U.S. market to try to win market share. At their peak last November, incentives averaged $4,574, about 80% more than what Toyota Motor offered.

This practice, which amounts to discounting the price of its cars, dented Nissan's earnings and its brand.

Saikawa did not mention Renault during Thursday's news conference, which follows months of open disagreement between the two automakers over the structure of their alliance and the French partner's representation in Nissan's governance.

Ghosn, who led both Nissan and Renault, was arrested last November on charges of making false financial statements. He awaits trial in Japan on a longer list of charges, including misuse of Nissan's money. Ghosn denies all charges against him.

Nissan on Thursday announced that its group operating profit dropped 99% on the year for the April-June quarter, to about 1.6 billion yen ($14.8 million).