Nissan's new board to kick off, with fresh faces behind the wheel

A 'general secretary' will manage relations with Renault and Mitsubishi 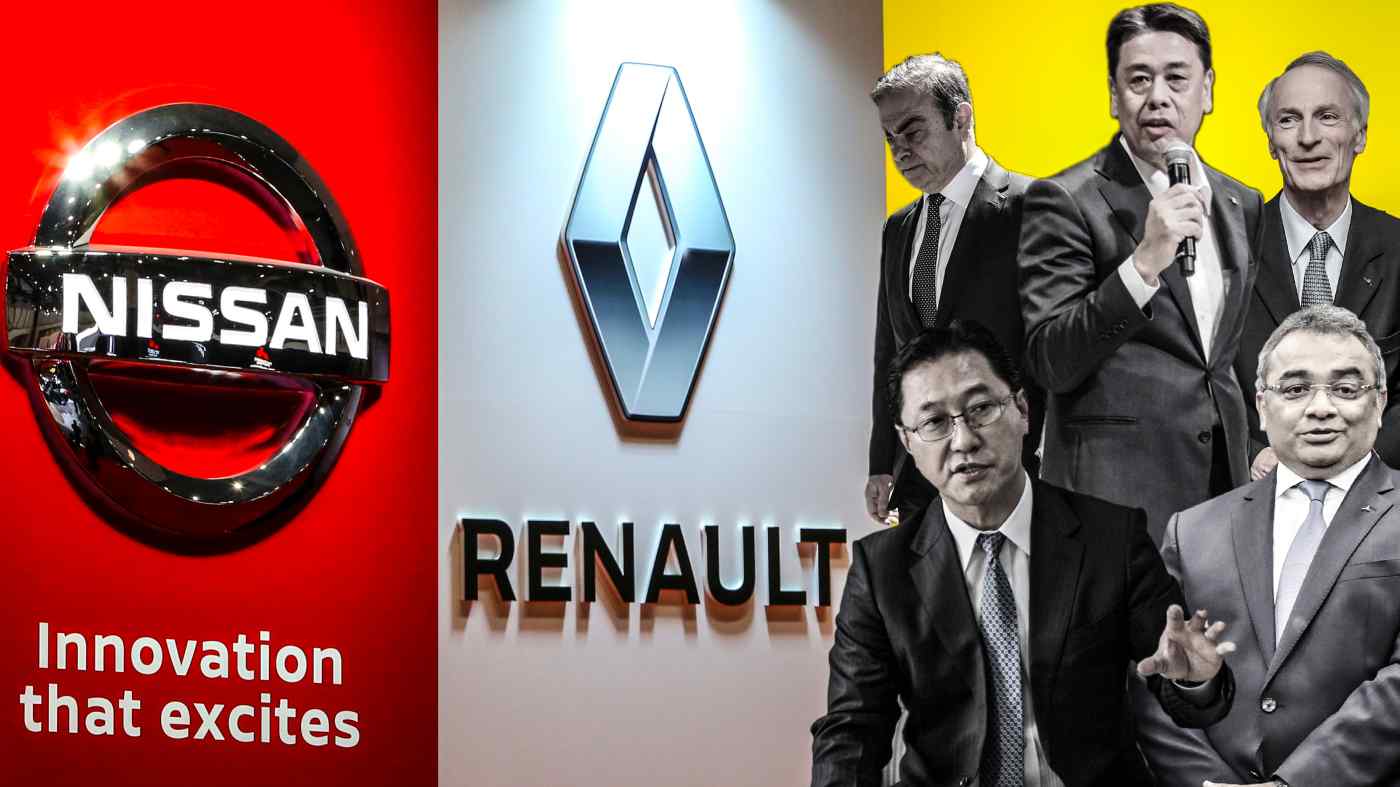 TOKYO -- Nissan Motor will accelerate its shift to a fresh management team, with its new President and CEO Makoto Uchida taking office on Dec. 1, one month earlier than initially planned.

The company plans to hold an extraordinary general meeting of shareholders in February and appoint new board members before the regular June meeting. The new management team will be led by a generation of executives who have climbed up the corporate ladder since Nissan allied itself with Renault, two decades ago.

Ahead of the transition, alliance partners Nissan, Renault and Mitsubishi Motors announced Friday that it will appoint a general secretary to coordinate and facilitate major alliance projects going forward. The general secretary will be named in the coming days.

Nissan and Renault seek to restart the engine of the alliance, which was once touted as the most successful auto alliance in history, but was severely battered after the arrest in November 2018 of the charismatic then-Chairman Carlos Ghosn on charges of financial misconduct.

The arrest triggered a bitter battle over management control between the Japanese automaker and its French parent, ruining both the health and the reputation of the partnership.

The relationship is now in its worst shape since Nissan and Renault forged the alliance based on cross-shareholdings in 1999. The dispute has also badly damaged the bottom lines of both companies.

The first order of business for Uchida, the current head of Nissan's China operations, is to fix the strained relationship with Renault in a way that best serves the interests of all stakeholders, including Nissan's minority shareholders, employees and business partners. Uchida spent his early childhood outside Japan and left trading house Nissho Iwai (now Sojitz) to join Nissan in 2003 in a career move inspired by Ghosn's efforts to globalize the carmaker's operations. By capitalizing on his rich international experience and fluent English, Uchida demonstrated strong leadership skills in the joint business with Renault.

On Sunday, Gupta, currently the COO of Mitsubishi, will join Nissan to become its COO. Senior Vice President Jun Seki, who has spent most of his years at Nissan in its manufacturing operations, will become vice COO to support Gupta.

The planned extraordinary shareholders meeting to be held in Yokohama on Feb. 18, 2020, will be the third shareholder meeting in less than a year, which is unusual for Japanese companies. At the meeting, the appointment of Uchida, Gupta and Seki to their new top posts should be approved, while Pierre Fleuriot, lead independent director of Renault and confidant of Chairman Senard, is set to be elected as a new Nissan board member.

Nissan has also decided to let go of some long-standing figures who opposed the merger with Renault, including Yasuhiro Yamauchi, the current chief operating officer who has been serving as interim CEO.

Hiroto Saikawa, who succeeded Ghosn as Nissan CEO, has been forced to step down after admitting he received improperly inflated compensation, while Renault's board voted last month to oust Thierry Bollore as CEO. Bollore's successor has yet to be named.

If approved, Nissan's board of directors will consist of 12 members. With the exception of seven independent outside directors, the remaining five will be Uchida, Gupta, Seki, Fleuriot and Senard. The number of Nissan executives will increase to three from two on the current board. The nominating committee, made up of outside directors, has decided to nominate new directors.

"While Uchida and Seki were recommended by Nissan to the committee, Gupta, who worked for both Nissan and Renault in the past, was jointly recommended by Renault and Nissan," said a Nissan executive. The addition of the new executives and board members is viewed as providing a more balanced lineup that can heal the conflict-riven alliance.

Many Nissan executives are speculating that as its new management team will be less hostile to the idea of the Renault-Nissan marriage, Senard may launch a fresh initiative toward the integration of the two automakers.

The global auto industry is undergoing radical changes, driven by new technologies and services epitomized by the acronym CASE (connectivity, autonomy, sharing and electrification), which are reshaping the sector.

Nissan has wasted precious time in management turmoil, even as competition with rivals has become increasingly fierce. In China, the world's largest auto market, where Nissan was said to have been the most successful among Japanese automakers, the company has lost market share in the passenger car segment to Toyota Motor.

Under Ghosn's leadership, Nissan relaunched the low-priced Datsun brand in emerging markets. The brand has not grown as much as expected and the automaker will soon stop manufacturing those models in Indonesia. In the U.S., Ghosn's expansion strategy, which entailed massive sales incentives, has stalled and profits deteriorated.

"Unlike in the past, we are not chasing market share; we are not chasing volume; we are really primarily focused on sustainable long-term growth," Corporate Vice President Stephen Ma, who will become the new chief financial officer on Sunday, said at an earnings announcement, emphasizing the shift from the past management.

The new management team, led by people who have built their careers under Ghosn's powerful leadership, which left both positive and negative legacies, needs to act swiftly to lay out a clear and convincing vision for the new capital structure of the alliance and strategy for growth.