Shortlist including alumni has been narrowed down to 10 Saikawa had been a critic of former Nissan Chairman Carlos Ghosn for his compensation practices.

TOKYO -- Nissan Motor is parting with its second leader in less than a year, with the company announcing Monday that CEO Hiroto Saikawa will step down on Sept. 16 over improperly inflated compensation.

The resignation, announced after a board meeting, accelerates the selection process for a replacement. Nissan's nominating committee has looked at about 100 potential successors to Saikawa since July, whittling down the candidates to 10. It is considering candidates inside and outside the company, including former Nissan employees.

Chief Operating Officer Yasuhiro Yamauchi will become acting CEO until the nominating committee selects a permanent replacement from the shortlisted candidates by the end of October.

Regarding the requirements of the next leader, Masakazu Toyoda, who chairs the nominating committee, said the individual should be knowledgeable about the global auto industry and have a deep understanding and interest in the alliance with France's Renault and domestic peer Mitsubishi Motors.

Saikawa's withdrawal hangs a cloud over the future of the three-way alliance. The 65-year-old executive was instrumental in reforming the alliance structure that concentrated power in the hands of then-Chairman Carlos Ghosn and installing a decision-making-by-committee scheme among alliance chiefs.

So Saikawa's exit would "reset everything," a Nissan insider said. Saikawa's replacement will likely weigh heavily on the direction of the auto alliance.

Monday's developments signaled that Saikawa's resignation came ahead of plans. "The board debated various things, such as whether [Saikawa's resignation] should occur after a decision is made on the successor," said Yasushi Kimura, the board's chair. "As a member of the board, I concluded that it would be easier to gain understanding if we sought closure at this time." 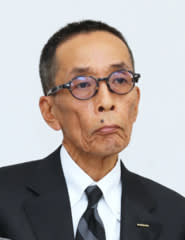 Chief Operating Officer Yasuhiro Yamauchi will temporarily take the helm at Nissan until a permanent replacement is found.

The new leader will inherit a truckload of issues. The results of the nearly yearlong investigation submitted at Monday's board meeting revealed that the Ghosn-related scandals involved more than 35 billion yen ($325 million) in suspect funds. Nissan has filed claims for compensation from parties including Ghosn in an effort to clarify who is responsible.

The embattled Japanese automaker's fate looks grimmer as it already struggles with declining global sales and will cut its payroll 12,500 by March 2023.

In a news conference Monday, Saikawa apologized for leaving behind a mountain of unresolved issues. "Thank you and please forgive me for passing on the baton halfway through," he said.

"Although the timing was a bit premature," Saikawa said of the stepping down, "the board debated and decided on my resignation."

Saikawa received an extra 47 million yen in 2013, years before he became CEO, through a recalculation involving the performance-based incentive plan that awards executives bonuses based on how much the company's stock price has increased over a certain period, an internal investigation found. Greg Kelly, a former representative director who was close to Ghosn, revealed the scandal in a June magazine interview.

As a form of incentive compensation, stock appreciation rights grant cash payments linked to the performance of the company's stock but do not entail losses for the rights holder if the stock underperforms.

The complexity of the incentive plan -- especially in explaining it to shareholders -- has meant that few Japanese companies have adopted SARs. And with the lack of participants, rules governing SARs are lax, creating an opening for executives to exploit the payment scheme, critics say.

When Saikawa made a request to Kelly to increase his compensation, Kelly pushed back the execution date of the SAR by about a week. The move aligned with rising Nissan shares and generated the 47 million yen for Saikawa.

"This was not illegal," board chairman Kimura said, but "from a corporate governance standpoint it must be seriously considered."

And it was the straw that broke the camel's back. Saikawa was already under fire for staying on, despite serving directly under Ghosn for many years. The new scandal was having damaging consequences for the company as well.

Soon after the news broke last week of Saikawa admitting to the overpayment, Nissan was forced to postpone an offering of 250 billion yen in corporate bonds. Mitsubishi UFJ Morgan Stanley Securities, the lead underwriter for domestic investors, told the automaker that it would hold off on deciding the details of the bond float, on the very morning a final decision was supposed to be made.

By the end of last week, Nissan's C-suite executives were urging Saikawa to resign without further delay, according to a company insider.