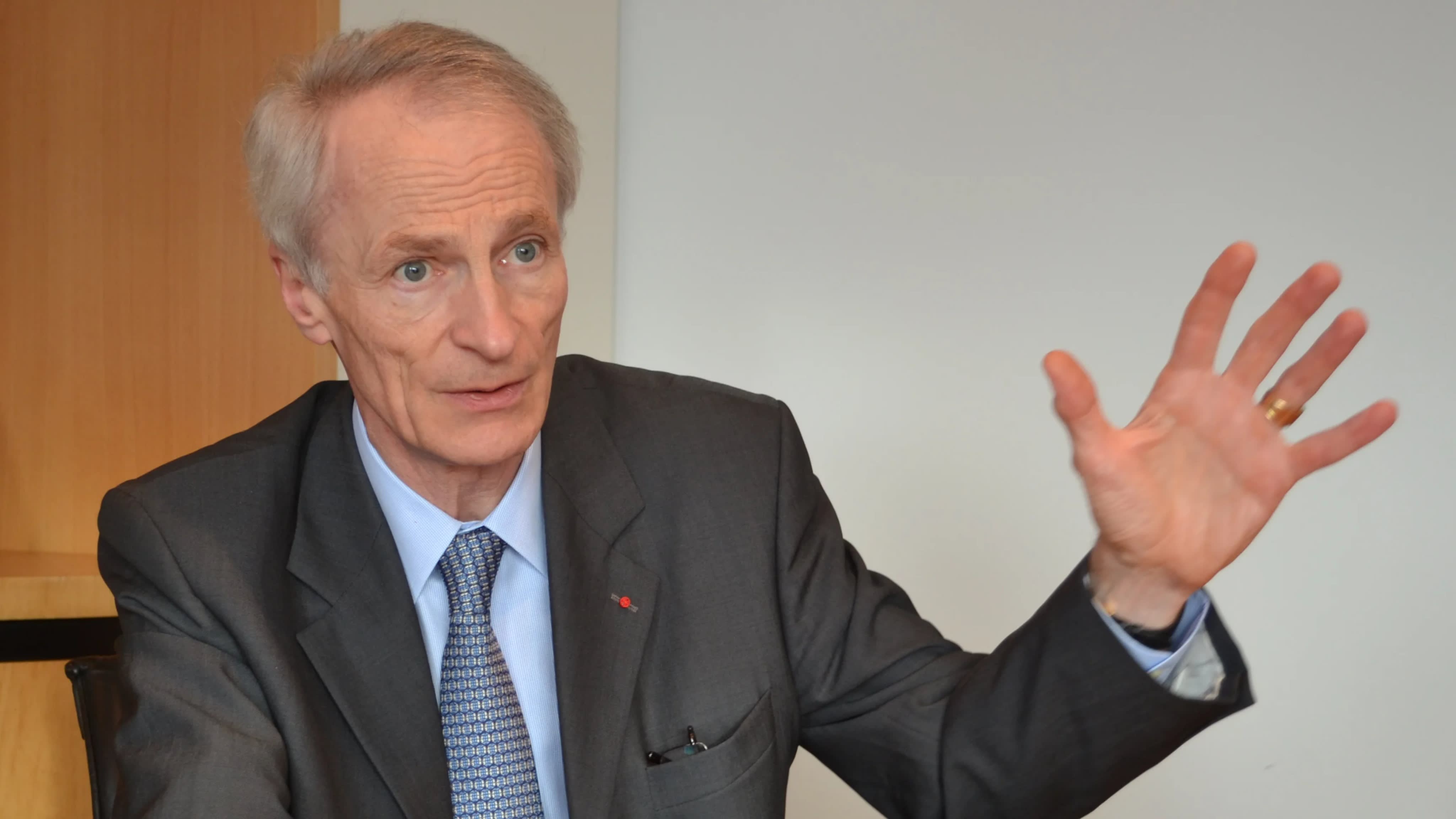 Renault Chairman Jean-Dominique Senard says Renault's capital structure is not on the current agenda, but did not rule out changes in the future. (Photo by Mailys Pene-Lassus)
MAILYS PENE-LASSUS and TOGO SHIRAISHI, Nikkei staff writersDecember 20, 2019 18:07 JST | Europe
CopyCopied

PARIS -- French automaker Renault agrees with Nissan Motor to preserve the capital structure between the two companies for the time being, said Renault Chairman Jean-Dominique Senard, who stressed that capital changes are "the last thing on my mind."

In an interview with the Nikkei Asian Review, Senard said he wants to converge Renault's technologies with that of alliance partners Nissan and Mitsubishi Motors, particularly in the electric vehicle arena, where Chinese players dominate.

Senard was also less than sanguine about the automobile market in 2020, saying results "might not be great."

A: It is pure joy. I am seeing only improvements. This year was difficult, but 2020 will reveal the strength of the alliance.

Q: There has been a lot of speculation over a possible capital structure change between Renault and Nissan.

A: It is neither a priority, nor on the current agenda. It is not the final step. We have more important things than that, so this is the last thing on my mind. Nissan and Renault have the exact same view on this.You heard Mr. Uchida speak in the same way [at a news conference in Japan] as me. I'm very pleased about it.

Q: You have said it is not on the current agenda. That means it may occur in the future?

A: If the issues arises at some point, it would be in a context that makes sense.

Q: According to our information, the alliance is considering creation of a new company to collaborate on technologies such as electric cars and autonomous driving. How are discussions coming?

A: Whether this will be done through a new company is not the point. Each member of the alliance has been developing very robust technologies on their own. Now, the alliance must make use of these technologies, converging them with each other in the best possible way.

We are agreeing to unite our technological strengths, which we own together and which -- while strengths on their own -- complement each other.

But if you are asking if I am looking for a merger, the answer is no. The point is to adroitly unite our strengths ... to make [the strengths] a superior force.

Q: The market presence of Chinese automakers is skyrocketing. What is your forecast regarding this?

A: They will have an effect. They have shown outstanding capacities for excellence in fields like electric vehicles. This means that we must prepare, as we have no reason to doubt our own technologies.

Q: Renault is choosing a new CEO. Reports say that Luca de Meo, CEO of Spanish Seat, is a candidate. Can you confirm this?

A: I can't reveal the list of candidates at this moment. But I don't intend to wait. It's on track and we are making progress.

A: The consensus is that 2020 might not be great. We hope that emerging markets like Turkey and Argentina will recover from their catastrophic falls. But globally, growth will be subdued next year. But we'll react. The important point is to react.

Q: The Chinese market is slowing, too. Renault currently has less than 1% share there. Is China still important for Renault?

A: I always look at which alliance member plays a key role in a given market. In China, it's obviously Nissan. We must learn to leverage each other's strengths in different regions, while trying to avoid unnecessary internal competition.