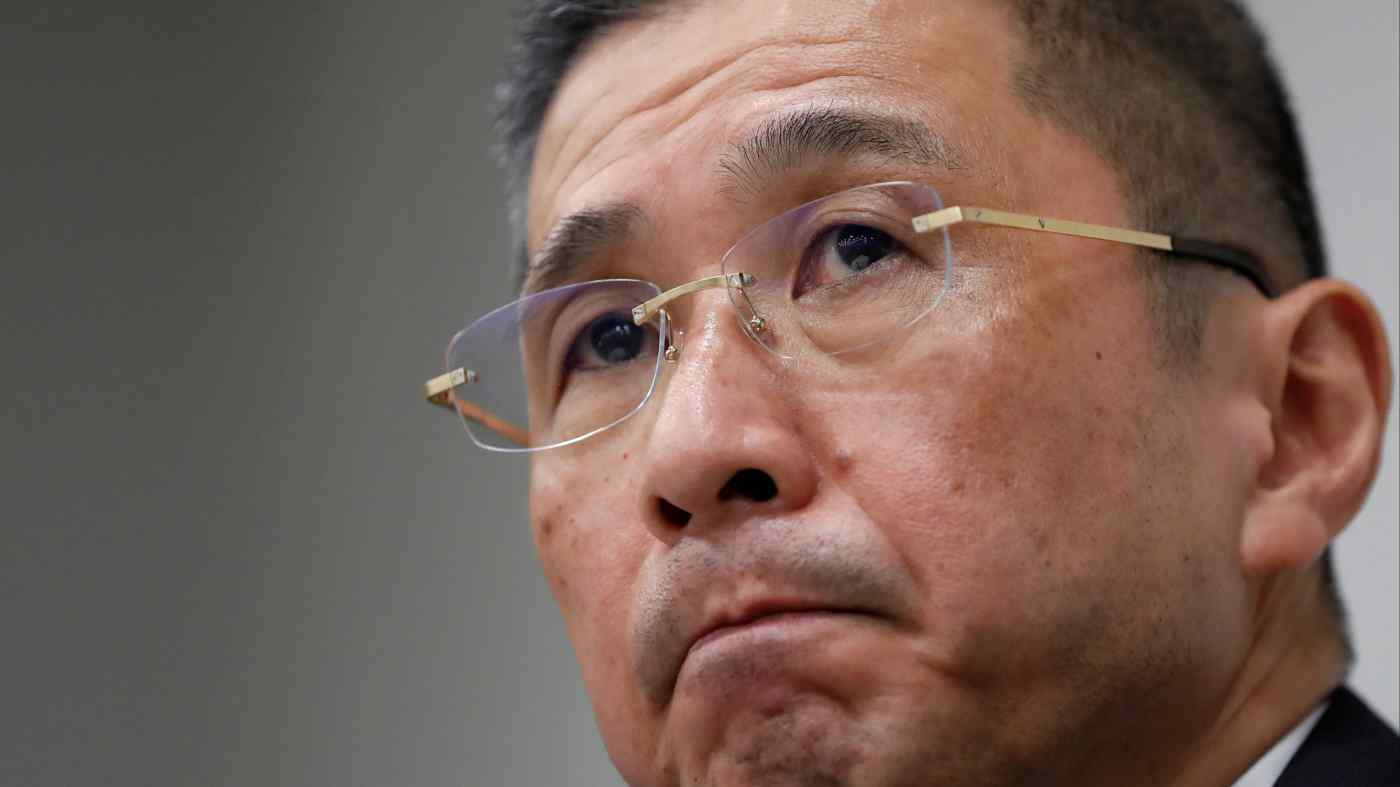 TOKYO -- The impact of Nissan Motor CEO Hiroto Saikawa's resignation is rippling into Japan's capital market as investors lose confidence in the automaker's efforts to right itself.

Saikawa steps down on Monday, and a replacement will be named as soon as late October. But the scandal has only compounded the woes of an organization already struggling to move past the November 2018 arrest of since-ousted Chairman Carlos Ghosn.

"We believed there would be no more misconduct among the leadership, but we were let down," a fund manager at a Japanese asset management company said.

After the news broke Sept. 4 that Saikawa had received inappropriately padded compensation, Nissan postponed its first bond issuance in three years out of concern that investors could take legal action if they lose money. The automaker had hoped to raise 250 billion yen ($2.31 billion).

Nissan said it is preparing to redo the issuance, but a market watchdog has been critical.

Tokyo Stock Exchange operator Japan Exchange Group demanded via phone in early September that Nissan explain what was going on as soon as it compiled its findings from an internal probe into executive pay.

Nissan had submitted a report in June on strengthening post-Ghosn governance. But other executives, including Saikawa, were also found to have engaged in misconduct.

"Will we see yet another scandal?" a JPX executive asked. "If the reports until now aren't good enough, we can ask the company to submit another plan to improve things."

The bourse operator had repeatedly asked for an explanation since June, when allegations of inappropriate pay emerged. Nissan executives worried that its governance mechanisms could be called into question if they defended Saikawa.

By late August, an internal probe had concluded that Saikawa's actions were unethical but not illegal. But the lukewarm conclusion rankled executives, who wanted to him to return compensation and step down ahead of schedule. They dialed up the pressure on Saikawa with outside directors' help, leading to the Sept. 9 resignation announcement.

Nissan is at a major crossroads. The company projects group net profit to sink 47% on the year to 170 billion yen in the fiscal year ending March 2020, while analysts on average see a decline of 52% to 153 billion yen. It plans to suspend or downsize production lines at 14 facilities by the end of March 2023 and reduce its workforce by 12,500.

"Nissan is highly likely to downgrade its full-year results, and its rebuilding plan is already off to a bad start," said Seiji Sugiura, senior analyst at the Tokai Tokyo Research Institute.

One source at a Japanese asset manager, who is in charge of exercising its voting rights in Nissan, welcomed Saikawa's departure. "There were concerns that Nissan would remain caught in a cycle of misconduct under the 'Ghosn children,'" the source said, referring to proteges of the former chairman. "I hope the next CEO will bring a sustained recovery in earnings."

Nissan's market capitalization has dropped about 30% in the last year, while rivals like Volkswagen and Toyota Motor have risen roughly 10%.

"With leadership changing over such short periods, it will likely take Nissan longer than planned to bolster its operations," S&P analyst Katsuyuki Nakai said.