Ousted Nissan chairman insists he has 'always acted with integrity' 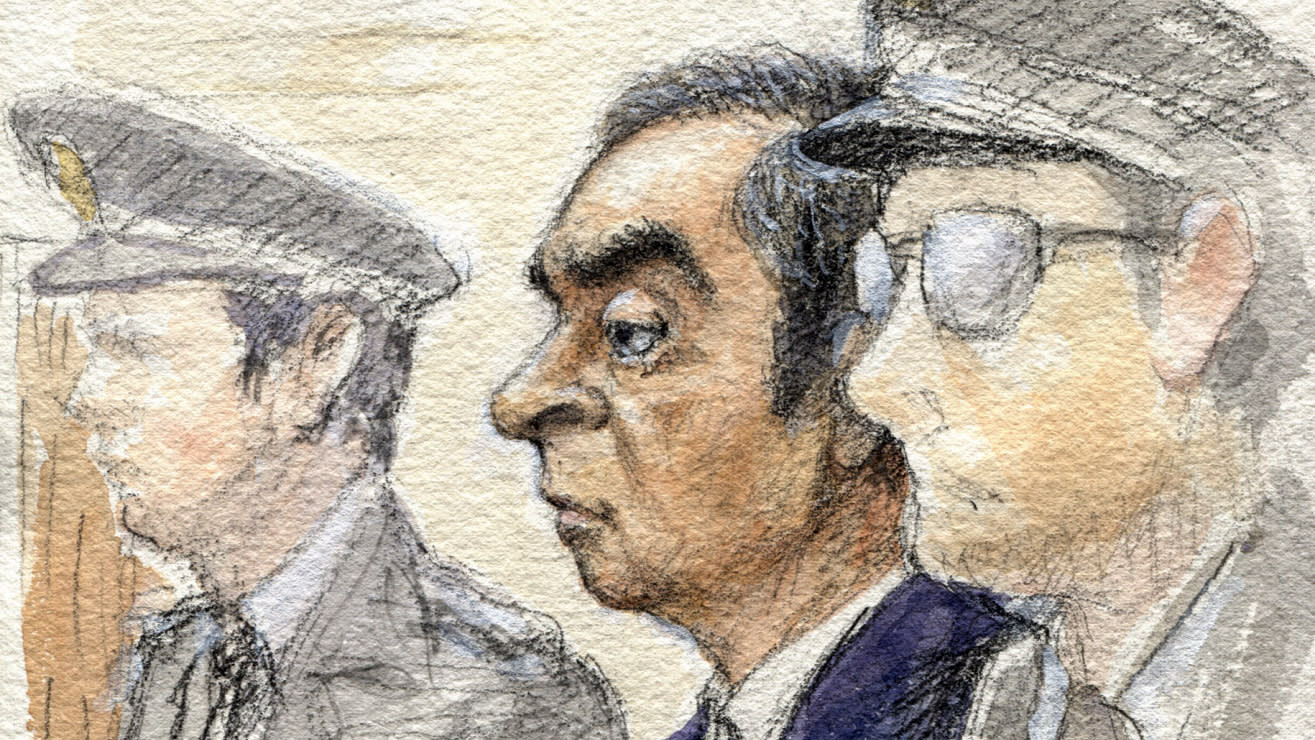 Former Nissan Chairman Carlos Ghosn insisted he had been "wrongly accused and unfairly detained" at his first court appearance since being arrested on Nov. 19. (Illustration by Hajime Hagiwara)
January 8, 2019 12:06 JST | Japan
CopyCopied

Former Nissan Motor Chairman Carlos Ghosn appeared at a hearing at the Tokyo District Court on Tuesday, at which he denied the accusations against him. Below is a draft of his full statement.

I am grateful to finally have the opportunity to speak publicly. I look forward to beginning the process of defending myself against the accusations that have been made against me.

First, let me say that I have a genuine love and appreciation for Nissan. I believe strongly that in all of my efforts on behalf of the company, I have acted honorably, legally, and with the knowledge and approval of the appropriate executives inside the company-with the sole purpose of supporting and strengthening Nissan, and helping to restore its place as one of Japan's finest and most respected companies.

When I first joined Nissan and moved to Japan almost 20 years ago, I wanted to be paid in U.S. dollars, but was told that that was not possible and was given an employment contract that required me to be paid in Japanese yen. I have long been concerned about the volatility of the yen relative to the U.S. dollar. I am a U.S. dollar-based individual-my children live in the U.S. and I have strong ties to Lebanon, whose currency has a fixed exchange rate against the U.S. dollar. I wanted predictability in my income in order to help me take care of my family.

The 2008-2009 financial crisis caused Nissan's shares to plummet to 400 yen in October 2008 and to 250 yen in February 2009 (down more than 80% from its peak) and the yen/dollar exchange rate dropped below 80. It was a perfect storm that no one predicted. The entire banking system was frozen, and the bank asked for an immediate increase in my collateral on the contracts, which I could not satisfy on my own.

I was faced with two stark choices:

1. Resign from Nissan, so that I could receive my retirement allowance, which I could then use to provide the necessary collateral. But my moral commitment to Nissan would not allow me to step down during that crucial time; a captain doesn't jump ship in the middle of a storm.

2. Ask Nissan to temporarily take on the collateral, so long as it came to no cost to the company, while I gathered collateral from my other sources.

I chose option 2. The FX contracts were then transferred back to me without Nissan incurring any loss.

Khaled Juffali Company was appropriately compensated-an amount disclosed to and approved by the appropriate officers at Nissan-in exchange for these critical services that substantially benefited Nissan.

Four major companies sought to recruit me while I was CEO of Nissan, including Ford (by Bill Ford) and General Motors (by Steve Rattner, the then-Car Czar under President Barack Obama). Even though their proposals were very attractive, I could not in good conscience abandon Nissan while we were in the midst of our turnaround. Nissan is an iconic Japanese company that I care about deeply. Although I chose not to pursue the other opportunities, I did keep a record of the market compensation for my role, which those companies offered me if I had taken these jobs. This was an internal benchmark that I kept for my own future reference-it had no legal effect; it was never shared with the directors; and it never represented any kind of binding commitment. In fact, the various proposals for non-compete and advisory services post-retirement made by some members of the board did not reflect or reference my internal calculations, underscoring their hypothetical, non-binding nature.

Contrary to the accusations made by the prosecutors, I never received any compensation from Nissan that was not disclosed, nor did I ever enter into any binding contract with Nissan to be paid a fixed amount that was not disclosed. Moreover, I understood that any draft proposals for post-retirement compensation were reviewed by internal and external lawyers, showing I had no intent to violate the law. For me, the test is the "death test": if I died today, could my heirs require Nissan to pay anything other than my retirement allowance? The answer is an unequivocal "No."

I have dedicated two decades of my life to reviving Nissan and building the Alliance. I worked toward these goals day and night, on the earth and in the air, standing shoulder to shoulder with hardworking Nissan employees around the globe, to create value. The fruits of our labors have been extraordinary. We transformed Nissan, moving it from a position of a debt of 2 trillion yen in 1999 to cash of 1.8 trillion yen at the end of 2006, from 2.5 million cars sold in 1999 at a significant loss to 5.8 million cars sold profitably in 2016. Nissan's asset base tripled during the period. We saw the revival of icons like the Fairlady Z and Nissan G-TR; Nissan's industrial entry into Wuhon, China, St. Petersburg, Russia, Chennai, India, and Resende, Brazil; the pioneering of a mass market for electric cars with the Leaf; the jumpstarting of autonomous cars; the introduction of Mitsubishi Motors to the Alliance; and the Alliance becoming the number one auto group in the world in 2017, producing more than 10 million cars annually. We created, directly and indirectly, countless jobs in Japan and reestablished Nissan as a pillar of the Japanese economy.

These accomplishments-secured alongside the peerless team of Nissan employees worldwide-are the greatest joy of my life, next to my family.

Your Honor, I am an innocent of the accusations made against me. I have always acted with integrity and have never been accused of any wrongdoing in my several-decade professional career. I have been wrongly accused and unfairly detained based on meritless and unsubstantiated accusations.

Thank you, your Honor, for listening to me.