Middle Eastern country denies any role in his escape 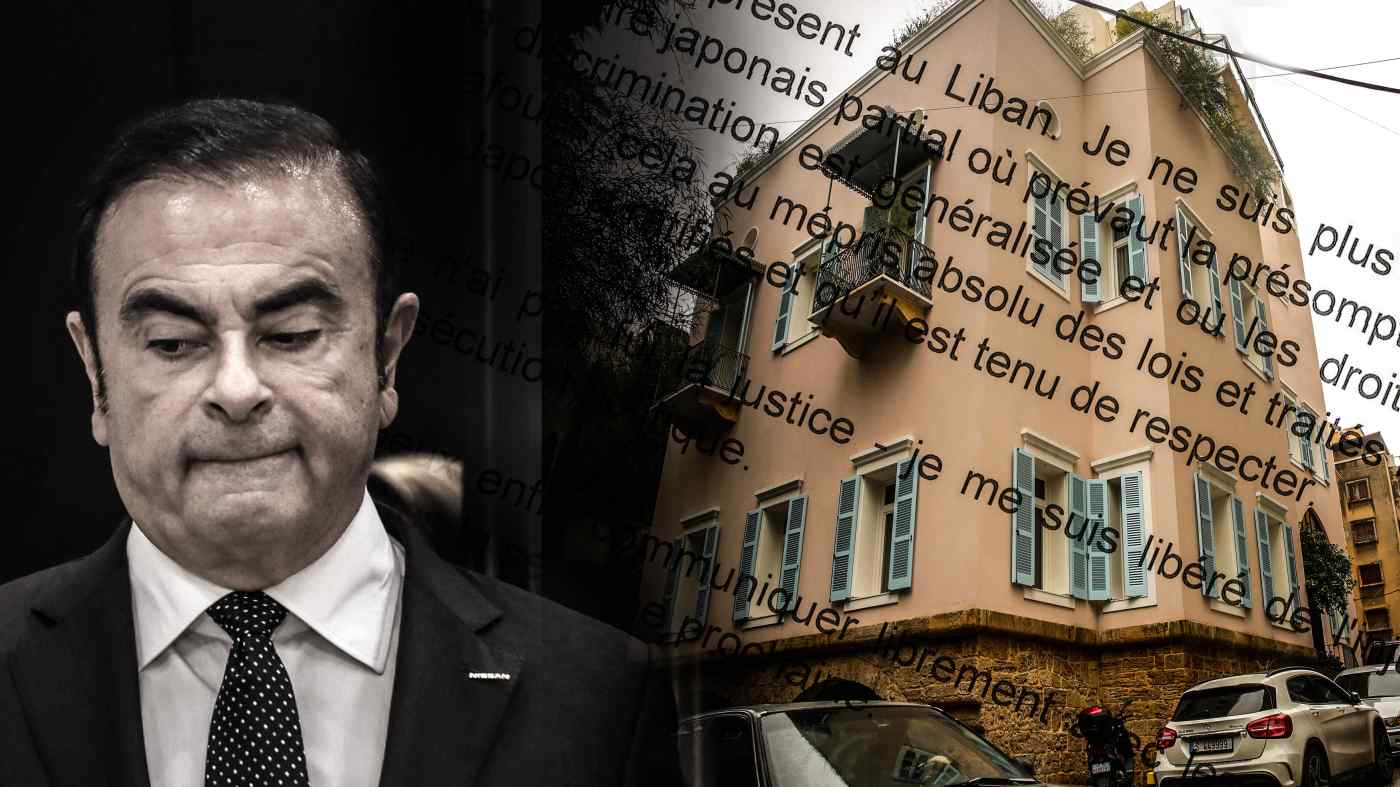 Former Nissan Motor Chairman Carlos Ghosn and his residence in Beirut: Speculation is rife that Lebanese authorities may have had advance knowledge of his escape from Japan. (Nikkei Montage/Source photos by AP)
MOMOKO KIDERA and TAKAHITO MURAOKA, Nikkei staff writersJanuary 4, 2020 02:53 JSTUpdated on January 4, 2020 04:38 JST | Japan
CopyCopied

BEIRUT/TOKYO -- While the Beirut government rejects allegations that it had a hand in former Nissan Motor Chairman Carlos Ghosn's escape from house arrest in Tokyo, his deep ties to the political and business establishments in Lebanon have fueled speculation.

A source close to the ousted chairman says that soon after entering Lebanon, Ghosn held an unofficial meeting with President Michel Aoun. The president's office denies that such a meeting took place, but some individuals inside the government may have known of the escape plan in advance.