Team refuses to hand over device used to prepare defense 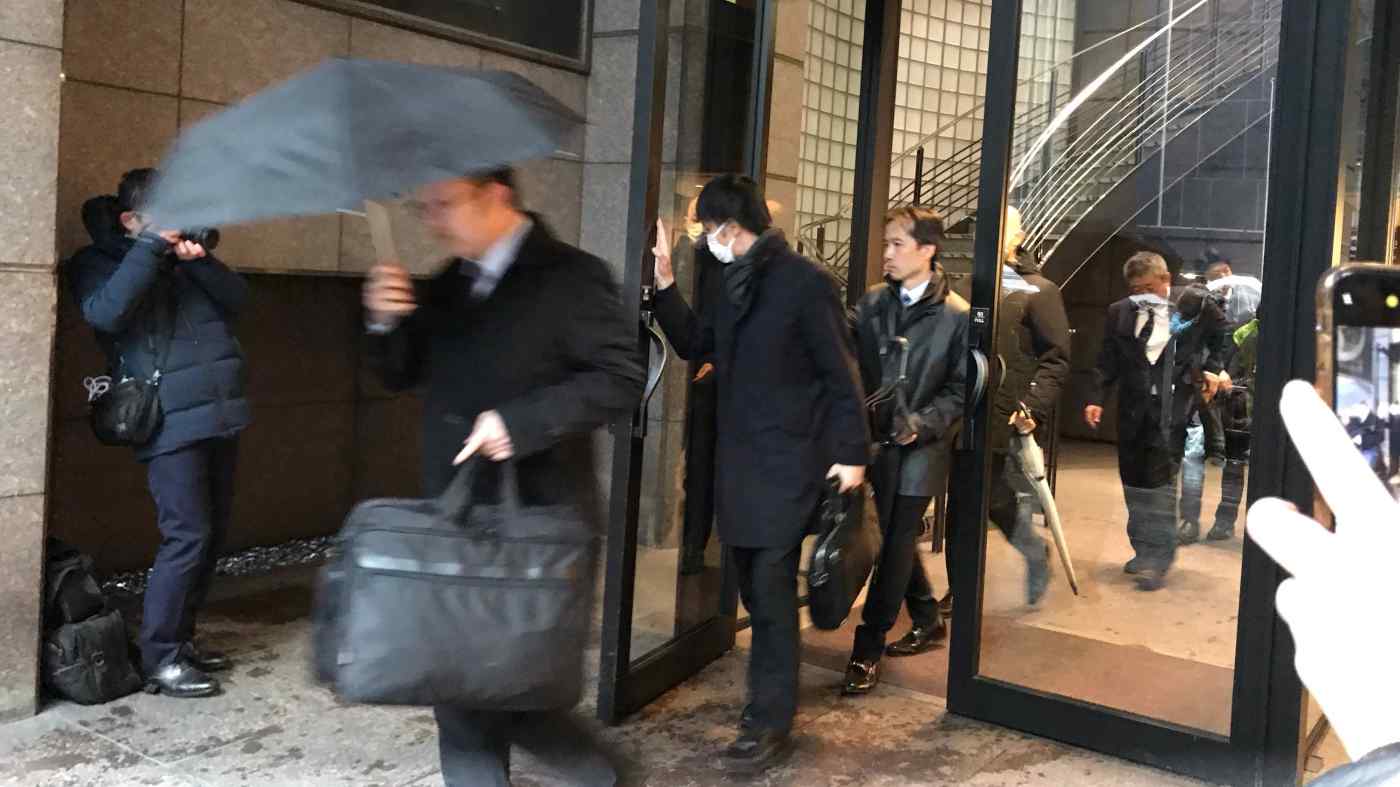 Officials from the Tokyo prosecutors' office on Wednesday failed to retrieve a computer used by Carlos Ghosn from the offices of his lead counsel. (Photo by Shoko Saiki)
TAKAHITO MURAOKA, Nikkei staff writerJanuary 9, 2020 03:32 JST | Japan
CopyCopied

TOKYO -- Lawyers for Carlos Ghosn on Wednesday refused to let Japanese prosecutors take a personal computer used by the former Nissan Motor chairman, in a sign that the legal wrangling over his case continues even after his flight to Lebanon.

Officials from the Tokyo District Public Prosecutors Office on Wednesday morning briefly visited a building here housing the offices of Junichiro Hironaka, Ghosn's lead counsel. Though they presented a warrant for the seizure of the computer, the defense team blocked them from even entering the office, according to a source familiar with the situation.

Japan's criminal code lets lawyers, doctors and certain other professionals refuse to hand over confidential information entrusted to them.

Ghosn's legal team issued a statement that the computer was "the only device that he was permitted to use to prepare his defense" and that its seizure by the opposing side in the case against him would be illegal.

A stark difference between prosecutors and the defense over Ghosn's bail terms also came to light Wednesday.

When Ghosn's team sought his release on bail in February 2019, the prosecutors' office in its refusal estimated his assets at well over 10 billion yen ($92 million). It argued that even a bail amount in the billions of yen would be insufficient to deter him from fleeing.

The defense pushed for a lower figure, contending that the ex-Nissan chairman's actual cash holdings were significantly lower.

The Tokyo District Court seemed to go along with this argument in March when it set bail at 1 billion yen for Ghosn's initial release. He was later rearrested, then released again after putting up an additional 500 million yen.

On Jan. 4 -- after Ghosn left Japan and resurfaced in Beirut in an elaborate operation that has raised questions as to how it was financed -- Hironaka said he "does not regret" his client being released on bail.

"I don't think it would be right to never grant bail so that suspects never escape," he said.

Takahiro Saito, deputy chief of the Tokyo prosecutors' office, said Wednesday that Ghosn's "abundant financial resources and overseas operating bases" made it easy for him to flee abroad.

The defense team plans to step aside from the case after confirming Ghosn's plans, though no specific time frame has been provided.