Ex-Nissan chairman's side attacks basis for prosecution in pretrial proceedings 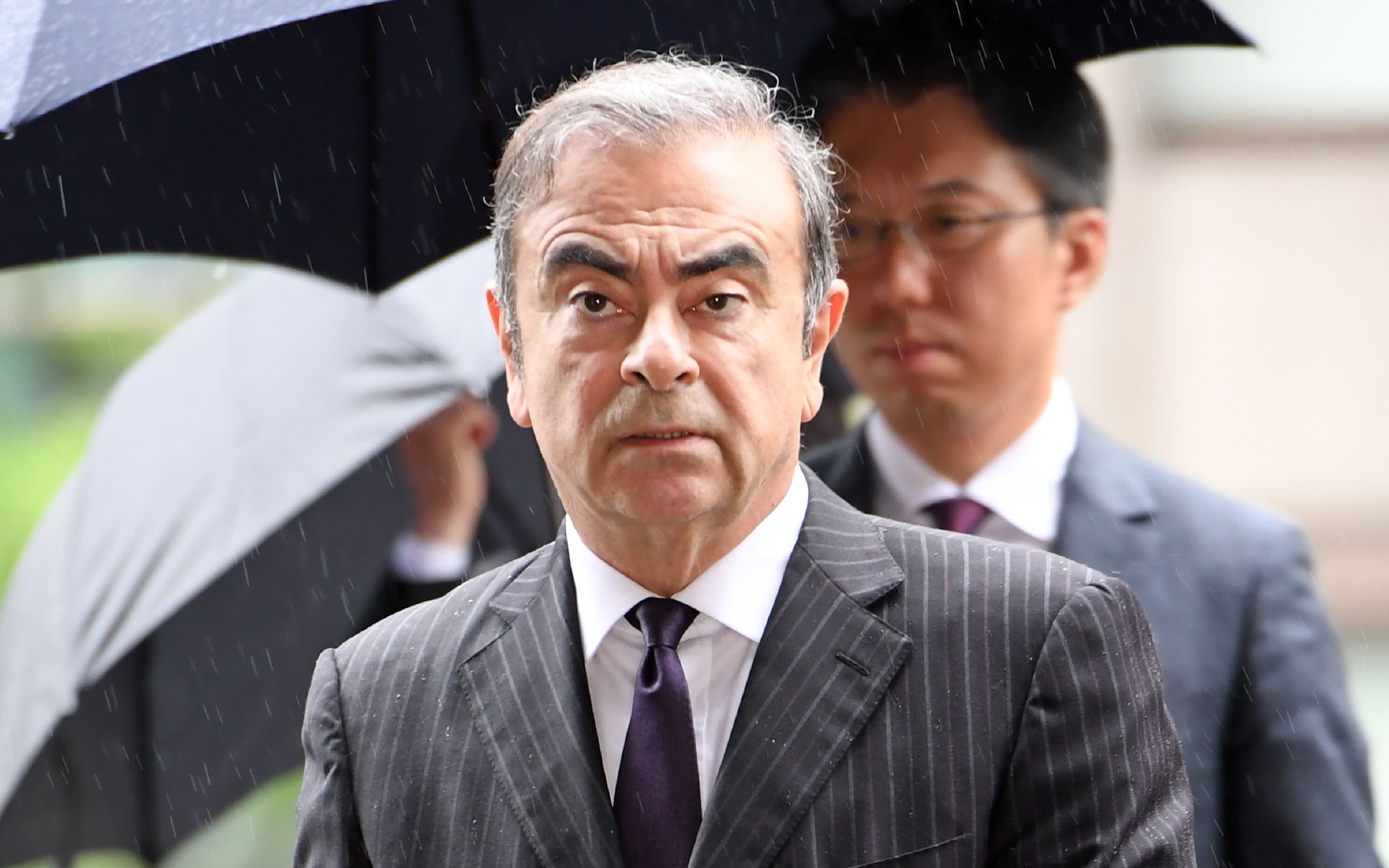 TOKYO (Kyodo) -- Lawyers for Carlos Ghosn said Thursday they will request the dismissal of all charges against the former chairman of Nissan Motor Co. at his upcoming trial, saying his prosecution was based on "unlawful collusion."

Ghosn, who was initially arrested last year, faces charges that he underreported his remuneration by several billions of yen over eight years at Nissan and committed aggravated breach of trust. The trial is likely to start next April.

Junichiro Hironaka, a member of Ghosn's defense counsel, called the case against him "fabricated" at a press conference in Tokyo.

He was speaking after Ghosn's lawyers met with officials of the Tokyo District Court and prosecutors for pre-trial proceedings to narrow down points of dispute.

In a statement issued the same day, the lawyers said the prosecution against Ghosn "resulted from unlawful collusion between the prosecutors, government officials at METI (the Ministry of Economy, Trade and Industry), and executives at Nissan, who formed a secret task force to drum up allegations of wrongdoing" by Ghosn.

Their goal was "to oust Mr. Ghosn in order to prevent him from further integrating Nissan and (partner) Renault (SA), which threatened the autonomy of one of Japan's industry flagships," they said.

While chairman at Nissan, Ghosn doubled as chairman and CEO of the French automaker, which holds a 43 percent stake in Nissan.

His defense counsel presented documents dated Oct. 17 outlining their assertions to the Tokyo District Court prior to Thursday's pre-trial session.

The plea bargains struck between senior officials at Nissan and prosecutors were an abuse of the system since they "were reached with the objective" of ousting Ghosn "based on discussions that were held between METI officials and Japanese senior management executives of Nissan," according to the lawyers.

On the charges that Ghosn underreported remuneration he was due to receive after retirement in Nissan's financial statements, the lawyers said, "Nissan's securities filings accurately disclosed the compensation Mr. Ghosn was paid. Nissan never committed to pay, and Mr. Ghosn never received, any unreported compensation."

On the accusation that Ghosn transferred personal losses from derivatives contracts to Nissan's books and caused the automaker losses, the defense said the transactions "imposed no financial loss on Nissan."

With regard to accusations that Ghosn had Nissan make payments to a Saudi businessman who had extended credit to him and had a Nissan subsidiary in the United Arab Emirates make an improper payment to a distributor in Oman, the lawyers said the payments were all "legitimate."

Former Nissan executive Greg Kelly, who is accused of conspiring in the alleged underreporting of Ghosn's remuneration, has also submitted a filing to the court, asserting innocence.

Nissan, which faces the same accusation of underreporting remuneration as a company, intends not to contest the charges.

Ghosn, who was credited with saving Nissan from bankruptcy in the late 1990s and creating one of the world's biggest auto groups in alliance with Renault, was first arrested for alleged financial misconduct in November last year and then served three further arrest warrants on additional charges.

Since the arrest, he has been stripped of his chairmanship posts at Nissan and Renault as well as at Mitsubishi Motors Corp., the third partner in the Japanese-French group.

He has denied all allegations, saying in a video message recorded prior to his fourth arrest in April that he is the victim of a "conspiracy" by Nissan executives who felt that a convergence or merger with Renault would threaten Nissan's autonomy.

Ghosn is accused of underreporting his remuneration for the eight-year period through March 2018. While he claimed 7.8 billion yen ($71 million) in pay, prosecutors say his package was actually 17 billion yen.

He is also accused of transferring a private derivatives contract that was incurring an appraisal loss of 1.85 billion yen to a Nissan account and paying $14.7 million in company funds to a Saudi businessman who extended credit to him.

Ghosn is also charged with having a Nissan subsidiary in the United Arab Emirates pay a total of $10 million to a distributor in Oman between July 2017 and July 2018, and having $5 million of that transferred to a savings account at a Lebanese investment firm that Ghosn effectively owns.