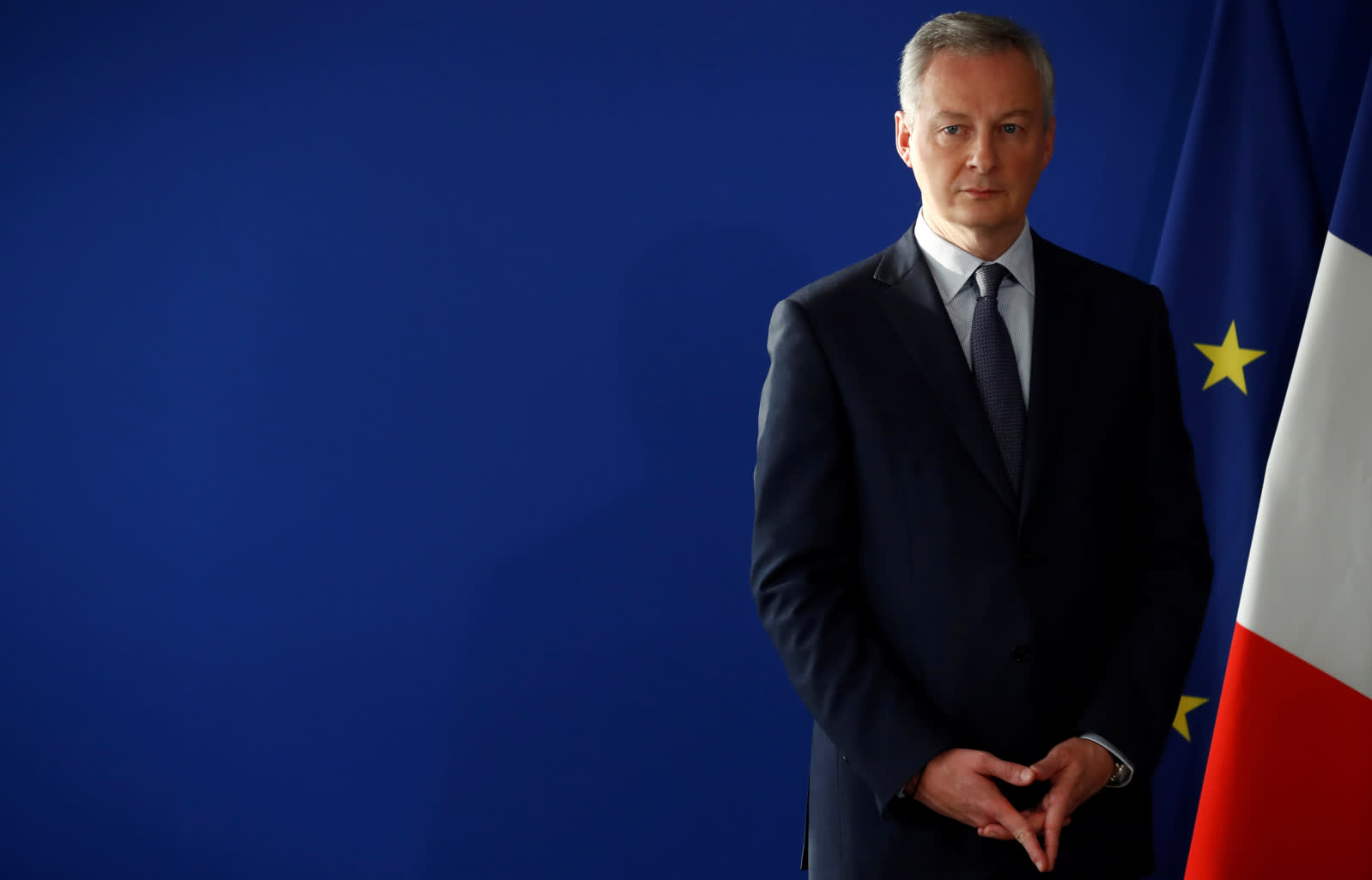 BRUSSELS -- French Economy and Finance Minister Bruno Le Maire implied on Sunday that the head of the Renault-Nissan alliance should be from the French automaker, as the group deals with the fallout from the arrest of leader Carlos Ghosn.

"We agreed with my Japanese counterpart that the rules of governance do not change," Le Maire said of his meeting on Thursday with Hiroshige Seko, Japan's minister of economy, trade and industry, according to AFP.

The statement reflects the desire of the French government, Renault's top shareholder, to continue wielding influence over the auto partnership.

Although Nissan Motor's board dismissed Ghosn as chairman last week, he remains head of the alliance by virtue of his position as chairman and CEO of Renault. Due to his arrest, however, he is unable to perform his duties.

Le Maire disclosed that Renault has also begun an internal probe of Ghosn's compensation. The investigation has been launched with the full agreement of the French government and is likely to be finished in several days, the minister said.

When asked by reporters last Tuesday whether Ghosn had engaged in any financial misconduct in France, Le Maire said the French authorities had examined his taxes and found "nothing in particular to signal."

Ghosn would remain head of Renault "as long as there are no tangible charges," the minister was quoted in French media.

On Sunday, Le Maire said neither the French government nor Renault had received the probe documents from Nissan, detailing Ghosn's alleged wrongdoing. "We have no information" on these charges, the minister said, adding that he had called on Japan or Nissan to "quickly" send the relevant documents.

Asked if he thought a Nissan power struggle was behind the affair, Le Maire said, "I do not believe in the conspiracy theory."