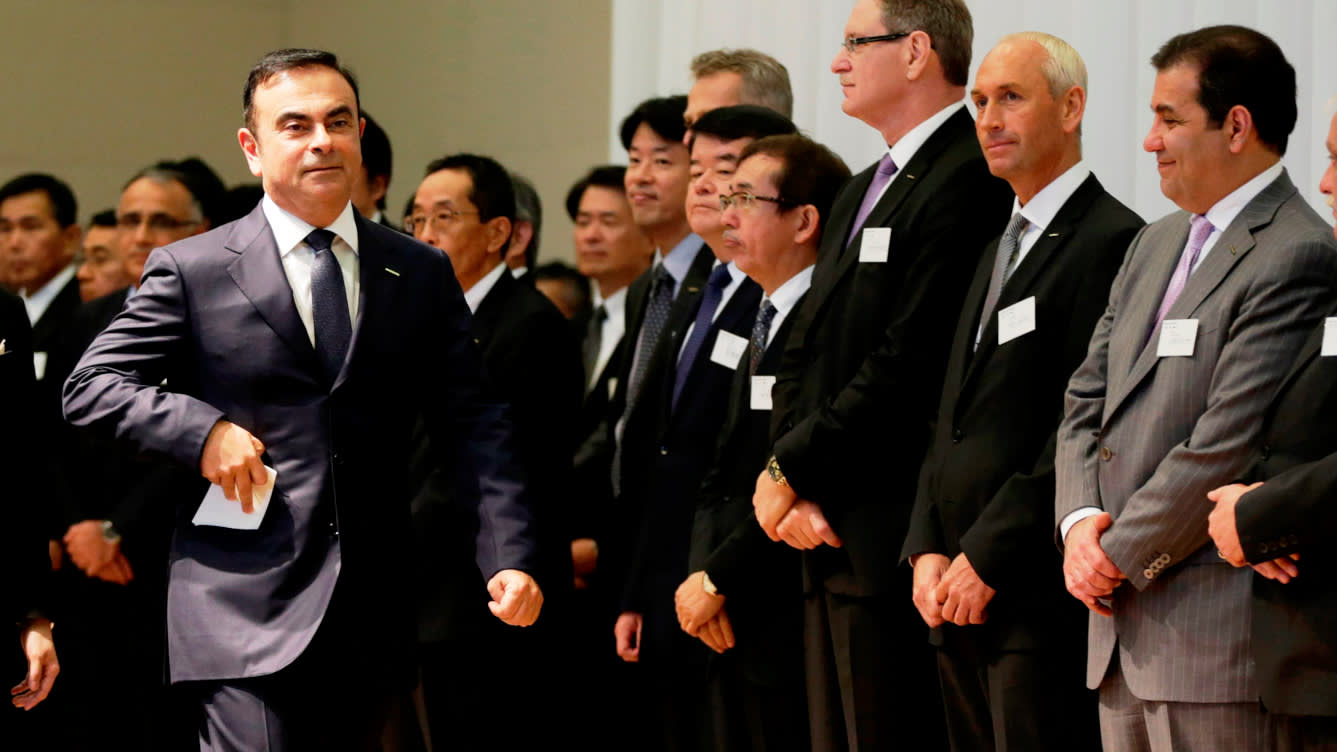 Carlos Ghosn, in his heyday, walks in front of Nissan executives as he attends a reception with shareholders after the general shareholders' meeting in Yokohama in 2013.   © Reuters
AKANE OKUTSU and ERI SUGIURA, Nikkei staff writersJanuary 11, 2019 05:59 JST | Japan
CopyCopied

TOKYO -- Carlos Ghosn will petition again Friday for release from a Japanese jail, even as Tokyo prosecutors are widely expected to lay new charges against the former Nissan Motor boss for breach of trust.

The bid comes just days after the Brazilian-born tycoon made an extraordinary appearance in Tokyo's District Court on Tuesday to set out for the first time his defense against allegations of financial wrongdoing while at the helm of the Japanese carmaker. Criminal lawyers are divided over whether his arguments have strengthened his case.

Ghosn has been held at the Tokyo Detention Center since Nov. 19, when prosecutors arrested him on allegations that he underreported his salary over several years. He was charged on Dec. 10. The prosecutors are expected on Friday to bring a new charge of aggravated breach of trust against Ghosn for allegedly transferring to Nissan personal trading losses from foreign exchange contracts.

Ghosn has denied all charges, and his lawyers are expected to appeal Friday for his release on bail. Should the court grant the request, Ghosn would not be released until next week, lawyers suggested.

In his statement to the court this week, Ghosn argued that he has been "unfairly detained." He denied underreporting his salary and said the foreign exchange contracts were related to the company's insistence that he be paid in Japanese currency. He entered into the contracts, using Nissan shares as collateral, to protect himself against currency movements, as his expenses were all in dollars. Nissan had taken on the collateral temporarily when its shares tumbled after the onset of the global financial crisis in October 2008, but the shares were returned and the company had suffered no financial losses, Ghosn said.

Hiroshi Kadono, a criminal lawyer and former judge, told the Nikkei Asian Review that Ghosn's statement had "presented a different story from that of the prosecutors," which was "logical and something that cannot be ignored."

Nobuo Gohara, an ex-prosecutor, said the former Nissan boss's defense "was sufficient to claim that he is being unjustly held in detention."

However, Yasuyuki Takai, another ex-prosecutor, disagreed. He said Ghosn had failed to present "anything specific" that pointed to substantial evidence. "It was not convincing," Takai said.

Lawyers were also split on whether the court is likely to accept Ghosn's application for bail.

A request on Wednesday to end his detention -- which differs from a bail application -- was rejected, with the judge ruling there was a risk Ghosn could try to flee the country or tamper with evidence.

Nevertheless, the criminal lawyers suggested the court may find it difficult to continue holding him. Kadono said the court would have to demonstrate that the risk of flight or evidence-tampering is substantial in order to refuse bail. Steps to prevent this could be taken, such as demanding a bail deposit, and barring Ghosn from communicating with others connected to the case. Kadono also noted that the court will face criticism that Ghosn "will not be able to prepare sufficiently for such a complicated case if he is kept under detention."

Gohara, meanwhile, said prosecutors had already gathered evidence from Nissan and banks regarding the breach of trust allegation, so there was "no way [for Ghosn] to conceal evidence."

On the other hand, Ghosn's own lawyer, Motonari Otsuru, the former head of special investigations at the Tokyo District Public Prosecutors' Office, is more skeptical. He is concerned that Ghosn could be detained for "at least another six months," until the first trial. It is unusual to approve bail before the first trial, he said this week, and collecting evidence from around the world will take time.

The breach of trust would be his second indictment. Alternatively, Ghosn could be rearrested on a new charge, although some lawyers think that is unlikely at this late stage.