TOKYO -- The legal drama of Carlos Ghosn has entered its second act with the indictment Monday of the ousted Nissan Motor chairman on charges of understating his income, setting the stage for an unprecedented court battle that will hinge on unclear reporting standards and his intent.

Ghosn must now take his battle to the courthouse, where it will be decided whether his actions were meant to deceive investors and if they deserve criminal punishment.

Japanese law forbids false statements about important items in financial statements. The main issue, however, is whether director compensation, which is not a part of earnings, is considered such an item.

Expert opinion is split due to the law's ambiguous definition and lack of rules outlining how to report such income.

Tokuya Shinatani, a law professor at Ritsumeikan University, says that the arguments will center on the amount of compensation and whether it influences investment decisions by the market.

"It is not just about the amount of underreported income," Shinatani said. "If the misrepresentation upset investors' plans, it should be considerded as having had an impact on investment decisions. It will therefore likely amount to an important item." 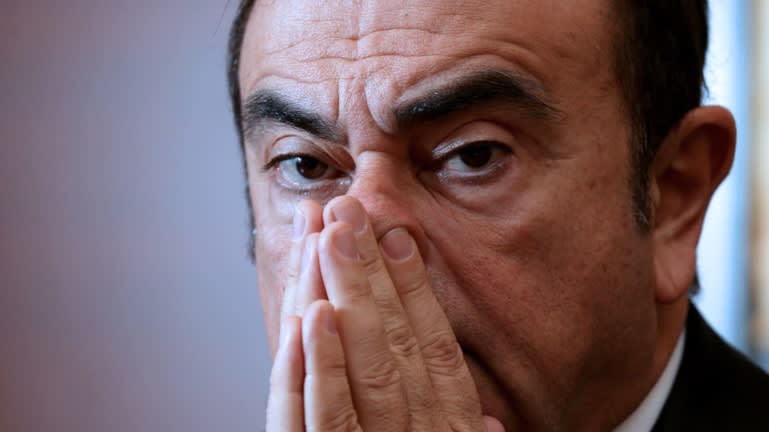 In contrast, Yoshimasa Umemoto, a law professor at Konan University, said "I can't imagine that the fact that Ghosn's compensation was underreported by 1 billion yen per year could impact investor's decisions. Even looking at Nissan's share price after his arrest, investors have not placed great weight on it."

Most cases of misrepresentation in Japan involve manipulating corporate earnings to inflate sales and profit figures. High-profile incidents include cosmetics maker Kao and the defunct internet company Livedoor. But Ghosn has been charged with lying about his own compensation, a corporate governance issue. The case is the first of its kind in Japan and without precedent for punishment.

Tokyo prosecutors decided to indict Ghosn anyway, regarding the unreported income as an important item, as Japan makes transparency in executive pay an issue. Prosecutors believe that Ghosn knowingly flouted Japan's corporate governance rules, which required compensation exceeding 100 million yen to be reported from 2010, and that this had a consequential impact on investor's decisions.

Even if his compensation is considered an important item, investigators will need more to substantiate their case, for which they have two options.

The first is to prove that Ghosn was required to report deferred income payments that he left out of financial disclosures. Japan's financial laws state that future income must be reported once it is settled upon. Prosecutors say Ghosn's compensation was decided when it was stated in documents that refer to the deferred payments.

Ghosn's signature is believed to be on documents by Kelly and others that record the former chairman's actual compensation and how much he received. Prosecutors considered this direct evidence that his pay was determined each year. But Ghosn has insisted that these payments were not finalized and that there was no need to report them. The validity of documents seized by investigators will be a central point in the trial.

The second option for prosecutors will be to prove that Ghosn deliberately broke the law, since not all misstatements entail criminal punishment. Proving him guilty will therefore require evidence that he intentionally hid his income. Ghosn, however, maintains that Kelly told him the disclosures were legal.

The case against Ghosn seems aimed at quelling criticism in Japan and abroad about high executive pay, as revealed by mandatory disclosures.

Prosecutors have also determined that Nissan itself bears responsibility for failing to stop years of misreporting. Japan's Securities and Exchange Surveillance Commission, meanwhile, asked prosecutors Monday to indict the automaker itself, along with Ghosn and Kelly. Nissan was charged for four years worth of false reports, except for fiscal 2010, for which the statute of limitations applies.

Criticism against management is likely to grow as the automaker adds to a recent string of scandals that include improperly performed vehicle inspections.

"We take the indictment against Nissan seriously," CEO Hiroto Saikawa said Monday. "The causes are personal motives and goals by Ghosn and Kerry."

Nissan, meanwhile, will hold a board meeting on Dec. 17 to discuss its chairmanship, which is currently vacant. The board is expected to receive a proposal from a committee of three outside directors as early as that day and select a candidate. But a conclusion may not be reached as alliance partner Renault, its largest shareholder, tries to get involved in the decision.

The Japanese automaker shelved the selection of its next chairman at its board meeting on Nov. 22, when it officially fired Ghosn. Instead, it established a committee of three outside directors who would propose candidates for the job from current directors.

The three independent directors are Masakazu Toyoda, who has held positions at the Ministry of Economy, Trade and Industry, former race car driver Keiko Ihara and Renault alumnus Jean-Baptiste Duzan.

The committee first met last Tuesday but only seems to have discussed qualifications for the position. Nissan aims to select a candidate from among its Japanese directors, which leaves Saikawa, Executive Vice President Hideyuki Sakamoto and Director Toshiyuki Shiga in the running. Director Bernard Rey, a former Renault employee, is also up for the job.

But Nissan must get Renault's approval for appointments to positions at the chief operating officer level or higher. The French automaker wanted to appoint Ghosn's successor by the end of November, but Nissan protested. It is unclear whether the Japanese company will be able to reach a decision next week, especially with two Renault veterans on the board.