Japan wants carmakers to chart own path, but French are keen to preserve status quo 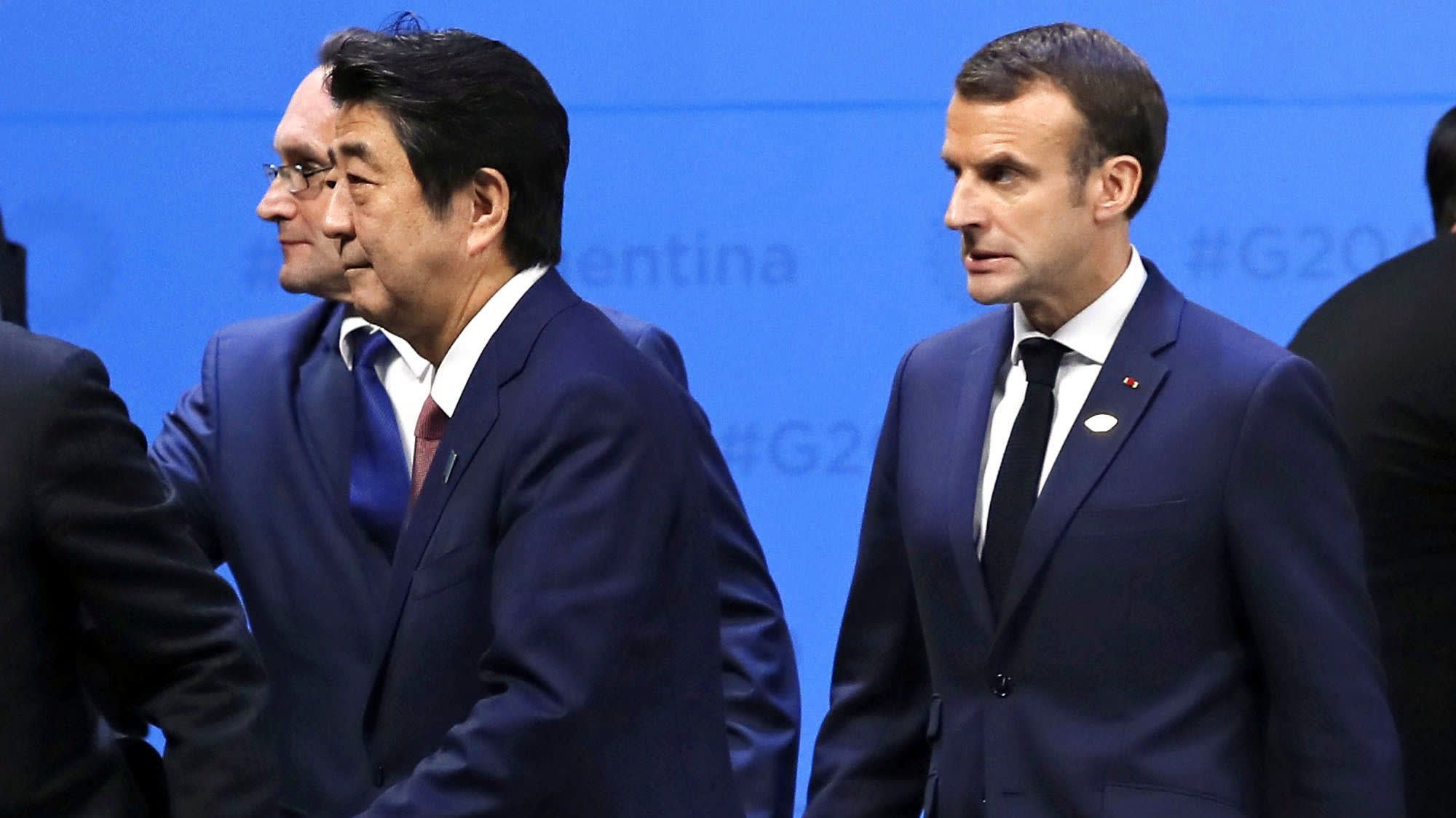 BUENOS AIRES, Argentina/PARIS -- As uncertainty shrouds the future of the alliance of Renault, Nissan Motor and Mitsubishi Motors, French President Emmanuel Macron on Nov. 30 emphasized the importance of the group's stability following the arrest of former Nissan Chairman Carlos Ghosn.

In a 15-minute meeting with Japanese Prime Minister Shinzo Abe on the sidelines of the Group of 20 summit, held at the request of the French side, Macron said, "It is my firm wish that the three-way alliance be preserved, along with the stability of the group."

Abe praised the triple alliance as a symbol of Franco-Japanese industrial cooperation, according to his government. But as for what happens after the Ghosn arrest, Abe said that it is "up to the private-sector companies themselves" and that "the government of Japan does not prejudge the future of the alliance."

Macron's emphasis on stability served as a tacit warning to Nissan not to push for a more balanced capital structure.

Renault holds a 43.4% stake in Nissan, while Nissan owns only 15% of Renault -- capital ties that the Japanese automaker considers unfair and wants to revise. French Economy and Finance Minister Bruno Le Maire advocates maintaining the status quo and has indicated that Paris is willing to intervene to that end.

Renault, Nissan and Mitsubishi agreed on Nov. 29 to manage their alliance by committee in Ghosn's absence. Ghosn, the linchpin of the alliance, was arrested last month and removed as chairman of Nissan and Mitsubishi Motors, though he remains CEO of Renault. The alliance rules are said to stipulate that the Renault CEO is to lead the group as a whole.

The shift to consensus-based decision-making worries Paris. Renault was under state control for decades until its privatization in 1996 and remains strategically important for the French government as a tool for public policy. The automaker employs 48,000 people in France and has created jobs by moving production of Nissan vehicles to its own facilities in the country.

Macron -- whose approval rating has sunk to the 20% range, the lowest since he took office last year -- hopes to shore up support by allaying uncertainty over the future of these jobs and Renault's management.

In 2015, as economy and industry minister, Macron raised the government's stake in Renault to block a proposal to opt out of a new law granting double voting rights to long-term shareholders -- including Paris itself. He also reportedly sought to engineer a merger between Renault and Nissan, a proposal strenuously opposed by the Japanese automaker.

With Nissan now seeking a less concentrated distribution of power, Macron needed to use the meeting with Abe to demonstrate his leadership.

"In the event of a power struggle, we are ready to get out the heavy artillery and ask Renault to increase its stake in Nissan," a senior French official told business newspaper Les Echos shortly before the G-20. Such a drastic measure would destroy the relationship of trust between the two partners, but the proposal signals to Nissan that Paris is not willing to budge.