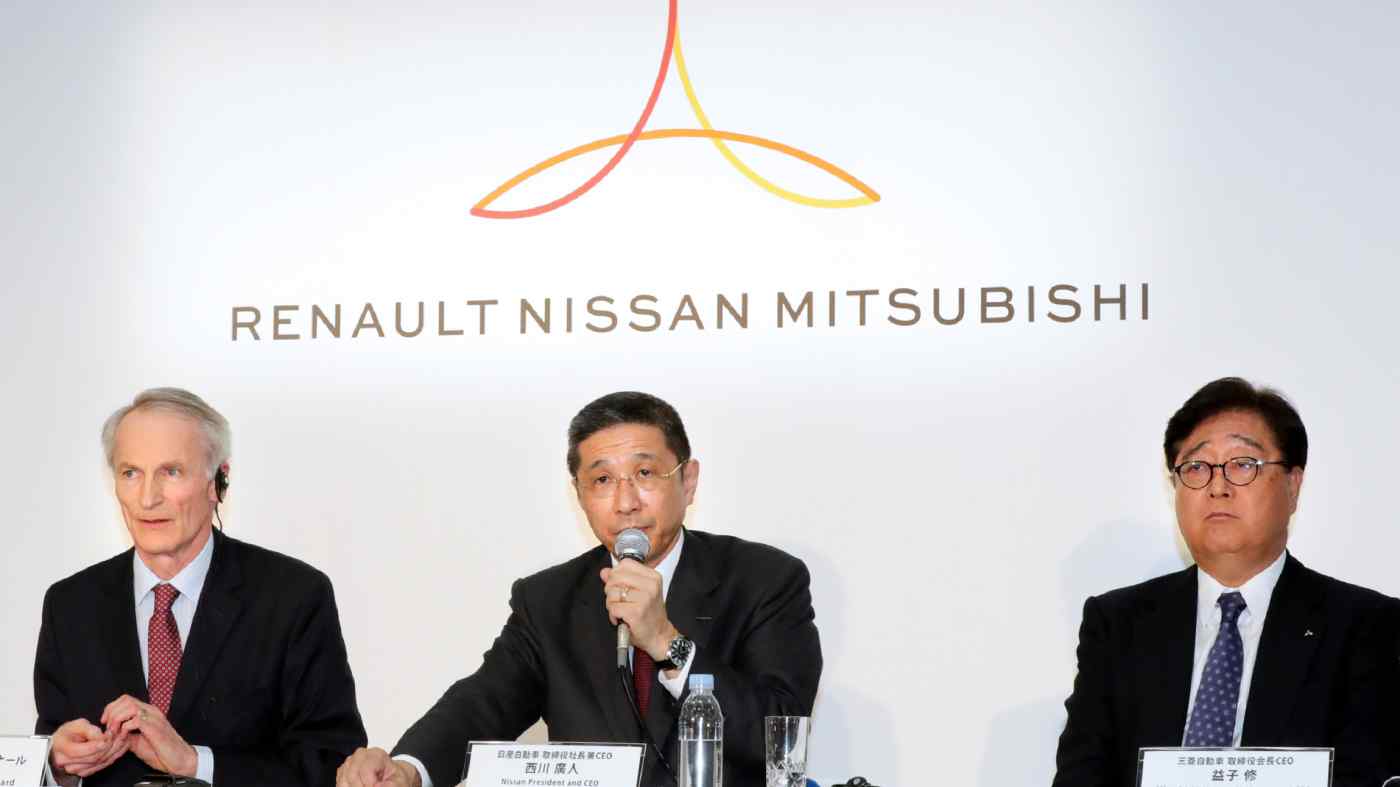 TOKYO -- Nissan Motor, Renault and Mitsubishi Motors on Tuesday sought to end months of turmoil over the future of their automotive alliance with the creation of a new decision-making board to replace the structure that left ousted chairman Carlos Ghosn holding virtually unchecked power.

The new alliance management was hailed by the three companies as a "new start" for their partnership. Unveiled at Nissan headquarters in Yokohama after the Japanese company's board meeting, the companies said the new board "will be the sole body overseeing the operations and governance in the Alliance among Renault, Nissan and Mitsubishi."