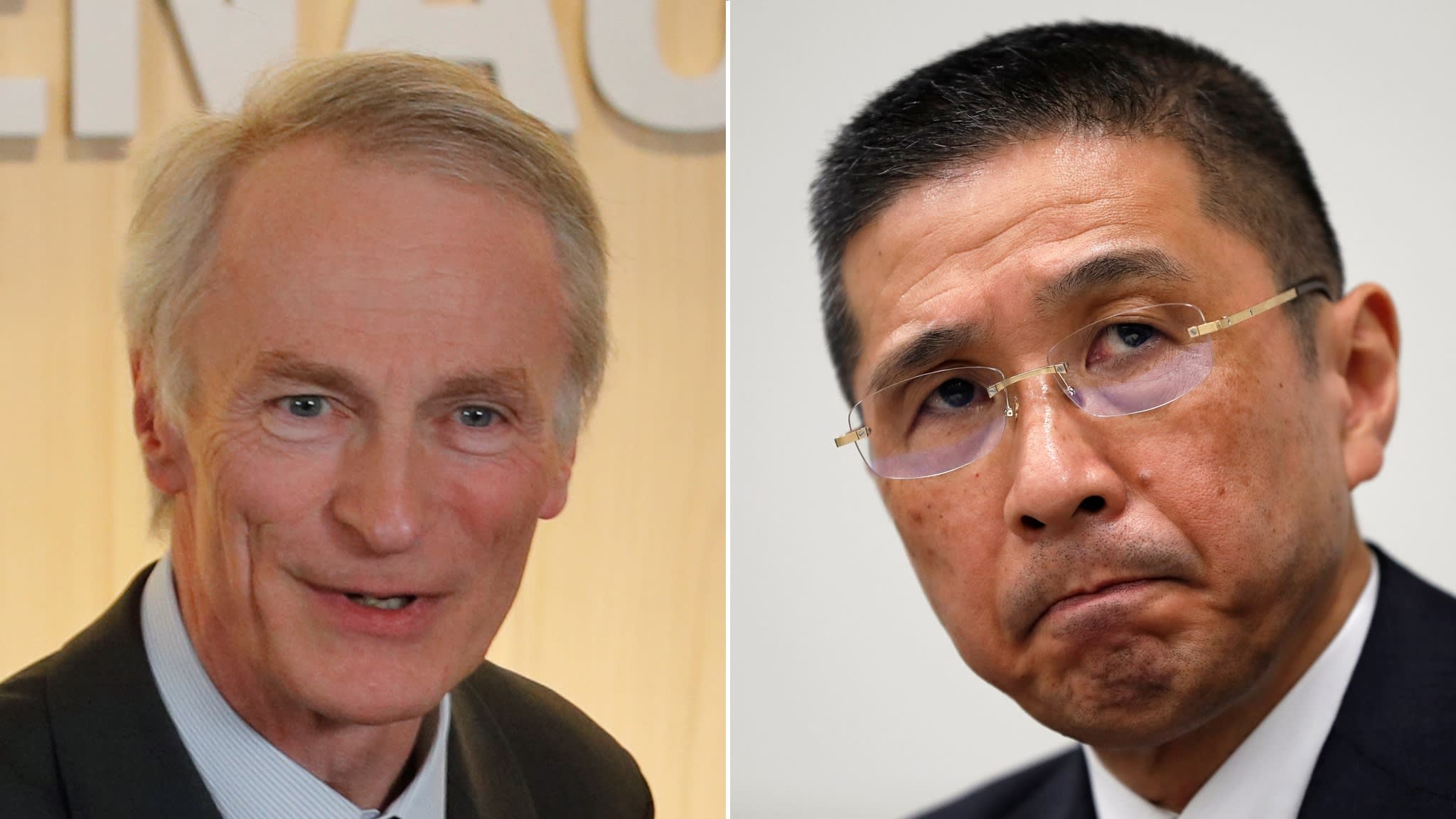 TOKYO -- Nissan Motor and Renault executives this week sought to put the tensions of recent months behind them with gestures on both sides designed to stabilize their crucial carmaking alliance after the appointment of new leadership at the French company.

However, behind the diplomatic language deployed by Jean-Dominique Senard on his confirmation as chairman to replace Carlos Ghosn on Thursday, the differences between teams based nearly 10,000 km apart was still apparent, signaling the dangers that could lie ahead for two partners with opposing dreams.

"The companies cannot act alone, and I hope to come back to the climate of trust and cooperation which is the strength of the Alliance," Senard said on his appointment in Paris. Just 30 minutes after Renault's board meeting, speaking at Nissan headquarters in Yokohama, CEO Hiroto Saikawa insisted, "There is no need for now to discuss integration."

Tensions between the two companies exploded late last year when Ghosn -- who sat at the top of both companies -- was arrested on arrival in Tokyo. Ghosn had been planning to integrate Renault and Nissan, but unknown to him or the French company's board, Nissan management had begun an internal investigation into alleged financial misconduct. He was arrested by Tokyo prosecutors in November and is still being held more than two months after his arrest.

On Thursday both sides were careful to signal their desire to repair the relationship.

Just hours before Senard's appointment Nissan said it would now be willing to consider an extraordinary general meeting in April to appoint a new board member to replace Ghosn. Twice it had rejected a call for such a meeting by Renault, its largest shareholder with 43.4%.

Despite the gesture, Saikawa made clear that Nissan intended to retain its independence of decision. He refused to clearly answer questions on whether Senard's position on Nissan's board would be decided in April. According to French media, the government expects Senard to be appointed chairman of Nissan. Renault has the right to name several board members and an executive senior over the COO.

"We will only decide the change of the board members at the meeting," he said. On the other hand, he praised Senard as "a very admirable person." In a disparaging reference to Senard's predecessor, he added, "We can talk to [Senard] with transparency."

Senard, too, made his own plea to turn the page on the difficulties of recent months. "I ask our partners (Nissan and Mitsubishi) to go back to serenity after the extraordinary events of the last weeks." He said he wanted to work in harmony with Nissan's management.

But there could still be tussles over leadership of the alliance, which brings together Renault, Nissan and Mitsubishi Motor. As head of both Renault and Nissan, Ghosn was chairman of the alliance.

The Nissan CEO said he wanted to be more engaged in proposing new ways of working for the alliance.

Senard, meanwhile, appeared to concede that the previous concentration of power in the hands of Renault's charismatic former chairman and chief executive, Ghosn, had been undesirable.

"The separation of the functions of chairman and CEO suits me. We will go forward with transparency and efficiency," he said.

Senard, the former boss of tiremaker Michelin, has a reputation for "extreme courtesy in any circumstances," and "sense of dialogue [with unions]," according to French media. That may help in managing the expectations not only of Nissan, but also of the French state, which owns 15% of Renault. For the moment Paris, too is being diplomatic. French Finance Minister Bruno Le Maire said Thursday in Davos that Senard's main responsibility would be to ensure and strengthen the future of the alliance with Nissan, highlighting the importance of this global partnership to the French government.

But Nissan too is an important strategic company to Japan and Saikawa signalled that, like Renault, it would have to operate within this context. "We have a duty to fulfill our role as a Japanese company," he said. "We respect this about each other."

While Renault was Nissan's biggest shareholder, there were other factors to consider, he suggested. "It is more important to seek synergy and a win-win relationship on day to day operation," he said.

Le Figaro, referring to the synchronization of Renault's over-three-hour board meeting and Nissan's news conference, said, "It is the first time in two months (since the arrest of Carlos Ghosn) that the tension has decreased...between the two partners."

Yet Senard faces a difficult challenge. He not only has to repair a relationship that has become poisonous since Ghosn's arrest, but he will have to balance pressure from Paris for an "irreversible" alliance that could inflame suspicions on the Japanese side of a French takeover of one of the country's industrial flagships. Amid these tensions, the companies know they cannot quit their partnership. The alliance between Nissan, Renault and Mitsubishi Motors sold 10.6 million units in 2017 and reached second place in the world ranking of automakers. The alliance is the member of so called "10 million club" along with Volkswagen group and Toyota Motor group. But if it breaks up, Nissan and Mitsubishi with 6.84 million units of sales, rank in fifth place while Renault's 3.76 million unit sales puts it in ninth place. None is as strong outside the alliance.

More importantly the industry is facing a number of challenges. Last year the world's biggest market, China, declined for the first time in 28 years. Meanwhile, a technological revolution is under way with the emergence of electric and autonomous vehicles. Competition is no longer from incumbent automakers but from disruptors such as Tesla and Google.

Finally, there is uncertainty amid a trade war between the U.S. and China. This is no market to go it alone, say analysts. The three partners have already decided to hold their first meeting next week with Senard. But Nissan and Renault will have to offer more than diplomatic words to overcome their different visions, if they are to survive and prosper.